Syed Rinku an illegal immigrant from Bangladesh has been jailed for posing as a ‘gay lover’ of a Grenfell Tower victim to fraudulently claim relief funds.

"The individual who he claimed to have been his partner was, in fact, a resident."

Illegal Bangladeshi immigrant, Syed Rinku, aged 45, has been jailed for 18 months for fraud after he pretended to be the gay partner of a victim who passed away in the Grenfell Tower fire disaster.

Rinku’s plan was to use his ‘gay relationship’ to claim thousands of pounds from the disaster relief fund for victims of the Grenfell Tower incident, which claimed 72 lives.

The hearing at Isleworth Crown Court heard how Rinku, from Bethnal Green, claimed that he was in love with the resident who lived on the 20th floor of the tower at number 204 and “lied to authorities about being a resident at Grenfell Tower”.

Rinku was arrested by police on 10 September 2018.

During questioning about his ‘gay affair’, police caught out Rinku with his answers indicating that he had researched who were the victims that died in the blaze at Grenfell Tower.

Rinku started his devious ploy on November 30, 2017, when he got in touch with the council. Telling them that he was in a gay relationship with a resident living at Grenfell Tower and spent time at the tower with the victim.

Based on his application Rinku claimed financial support to which he was ‘entitled’. According to prosecutor Ben Holt:

“He was issued with a prepaid credit card. Expenditure was incurred on this card from 19 January 2018 until 12th May”.

Rinku “also received medical assistance from the NHS” which was set aside for survivors of the fire.

He also used the fraud to use the Grenfell Survivors Immigration Policy, created by the authorities to help “individuals with insecure immigration status who had lost their homes in the fire” to “regularise their stay”.

“Eligible individuals were granted 12 months limited leave. To provide survivors with greater certainty over their long-term future in the UK, on 11 October 2017, the government announced that those who qualified under the policy would be able to apply for permanent residence after 5 years’ lawful residence.

“This defendant is an over-stayer. He was, therefore, illegally in the country.”

“As a result of his representations about being a resident in the tower, he was granted temporary leave to remain in the UK.” 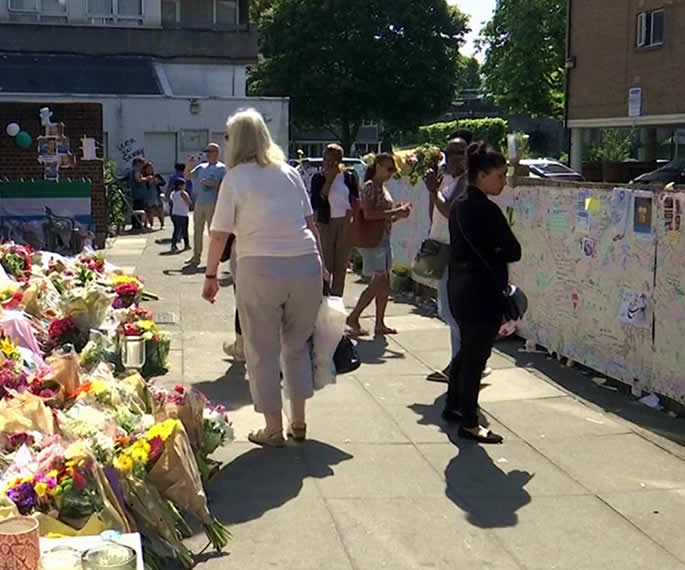 Rinku then made an application to the Home Office on November 28, 2017, declaring that “he had been living in Flat 204 on the 20th Floor of Grenfell Tower since March 2015”.

He claimed that due to him being homosexuality he had to leave Bangladesh and came to the UK on January 9, 2005. Then he stayed past the expiration of his visa because “he was scared to either return home or apply for asylum”.

However, on past Home Office applications for his status of stay in the UK, Rinku had never stated his fears due to his sexual orientation.

“There is an element of planning in the offending. The defendant must have researched occupants of the tower. The individual who he claimed to have been his partner was, in fact, a resident. He tragically died in the disaster”.

Rinku admitted to fraud and lying in a bid to stay in the country and was sentenced by Judge Nicholas Wood, on October 9, 2018.

“What you did and said, in this case, was despicable, beyond contempt, and below criticism.

“It is hard to listen to the statements of the survivors without feelings of acute sympathy and sadness on the one hand and on the other anger at those who have exploited the tragedy.

“The best said in mitigation is your previous good character, and I accept your apologies – whether others will is a matter for them.”

In total, Syed Rinku was jailed for 18 months for fraud with 11 months concurrent for seeking permission to remain in the country illegally.

Also, he was given a confiscation order to pay back £4,044.36 in compensation to the Royal Borough of Kensington council and his bank accounts were frozen by the police.

This is not the first case of fraudulent claims. About 14 people have been convicted or charged with trying to claim disaster relief fund money meant for victims or real survivors of the Grenfell Tower tragedy.

Nazhat is an ambitious 'Desi' woman with interests in news and lifestyle. As a writer with a determined journalistic flair, she firmly believes in the motto "an investment in knowledge pays the best interest," by Benjamin Franklin.
Sibela Ahmed jailed for Possessing Heroin worth £5 million
UK Physics Teacher banned for Marrying Child Bride aged 13