An Indian-origin student living in Australia unwittingly became part of a major fraud investigation while working for Gumtree.

"I collected and dispatched the parcels."

An Indian student had been working for Gumtree where he unknowingly committed fraud and became the focus of a police fraud investigation.

He had agreed to ship off packages for an anonymous man on Gumtree.

The 19-year-old, known only as Mr Singh, has now claimed that his life has been ruined after South Australia Police posted his pictures online.

The crime was in relation to two incidents about suspected “fraudulently obtaining laptops” on September 5, 2020.

Mr Singh had been employed by Gumtree to collect and dispatch parcels.

According to the statement, Mr Singh was a buyer who picked up laptops from a parcel collection point at Melrose Park, Adelaide, between July 14 and 30.

The police released a statement alongside two images of Mr Singh. The statement read:

“Police are seeking assistance from the public to identify a man who is suspected of fraudulently obtaining two laptop computers.”

It was later revised to say: “Police have identified the man captured on CCTV at a parcel collection point at Melrose Park. Investigations are continuing.”

Mr Singh then had to present himself at Adelaide Police Station on September 13, 2020, to explain his “innocence and ignorance”.

He said: “My boss called me through an Australian phone number and paid me $60 per day for the days I collected and dispatched the parcels.”

Following the fraud investigation incident, Mr Singh said his life has been “severely impacted” and due to social media abuse, his mental health has deteriorated. 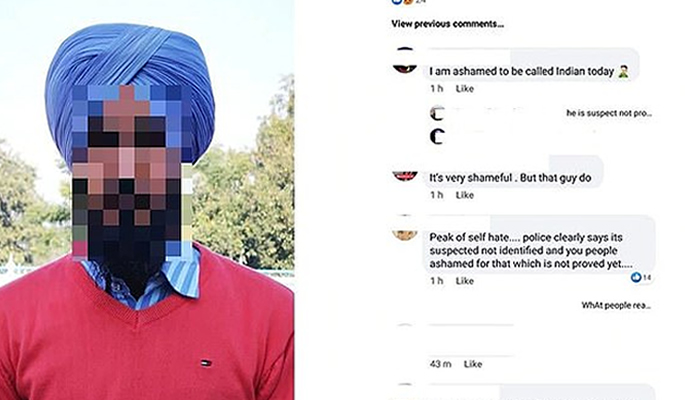 He revealed that he has received derogatory remarks about his appearance and religion. Mr Singh also said that his reputation within the Indian-Australian community has been “tarnished”.

“It has ruined my life. This news had gone viral within our Sikh and Indian-Australian community.”

“While the police have removed this post, it is still impacting me and my life. Many people have shared screenshots of the post on social media and WhatsApp.”

Mr Singh understands why he may have been a suspect but stated that “it doesn’t give random people the right to judge me and call me a criminal”.

South Australia Police confirmed that they spoke to a 19-year-old in relation to “two separate incidents of deception”.

A police spokesperson said: “A media release and Facebook post was published on 5 September with an image of a suspect and a request for public assistance to identify the man depicted.

Dhiren is a journalism graduate with a passion for gaming, watching films and sports. He also enjoys cooking from time to time. His motto is to “Live life one day at a time.”
Pakistani Boy shot Transgender Sister for Dancing at Party
‘Rejected’ Man jailed for Murdering Fiancee out of Revenge