The Early Life of Rabindranath Tagore

The first Asian to win a Nobel Peace Prize was a man of many talents, but who was he as a child? DESIblitz uncovers the younger days of Rabindranath Tagore.

Rabindranath was surrounded by the arts, which would later influence his work

Born to a distinguished, Bengali family, Rabindranath Tagore grew up to become one of the most famous Asian poets, philosophers and scholars of the 19th century.

Rabindranath was surrounded by the arts, which would later influence him in his work.

In Kolkata, there were musical recitals and literary magazines. Off touring in Northern India, his father was absent for the most part of his childhood and so the children were left to the care of others.

He was raised in a mansion, surrounded by servants. Tagore admits in his writings, ‘My Reminisces’ (Chapter 4, Servocracy), that he and his siblings were subjected to mistreatment by the servants and housekeepers .

Albeit Rabindranath and his siblings suffered mistreatment, this didn’t hinder his artistic development. In fact, most of his family were in the creative industry. His brother Dwijendranath was also a poet and philosopher; another brother was a musician and one of his sisters was a writer!

At only eight years of age, Rabindranath began composing poems and would often recite them in the mansion.

His studies began at home, taught by his brother and then at age 17 Rabindranath was sent to Brighton, England attending Brighton School. The famous scholar studied at the University College London, however left his degree incomplete to return to India.

In the year 1913, Rabindranath Tagore became the first Asian to ever win the Nobel Peace Prize for Literature. It was for his entire collection of poems called Geetanjali. This was one of, if not the greatest achievement for his most popular works. 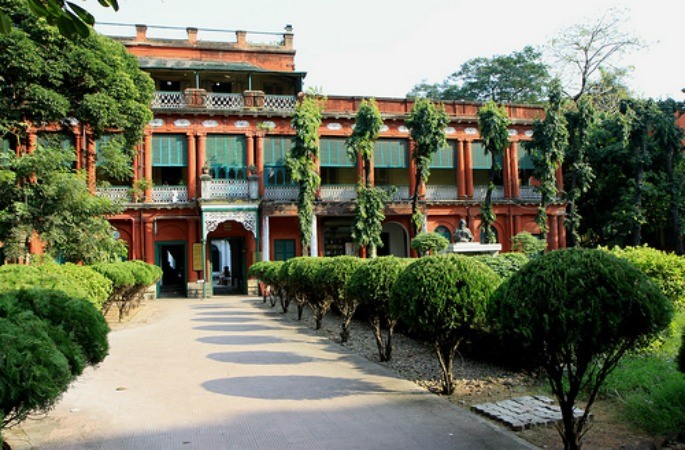 During his life in India, the British were in rule and Rabindranath supported the co-existing of all cultures.

He was knighted by British officials in 1915 as he became internationally known for his poems and songs. However, after the massacre at Amritsar (Jallianwala Bagh) in 1919, he gave up the knighthood as protest against the incident.

The world-renowned Oxford University awarded Rabindranath with the Doctorate of Literature in 1940, and he even gave a few lectures there. Of course, Rabindranath was an educator in his own right after starting a university called Visva-Bharati.

His father was the leader of a new religious sect, Brahmo Samaj, and so the university was based on the ideals from the Upanishads religious texts.

Rabindranath was fluid in his interests, it varied from social reforms to classical Indian poetry and modern religious thinking.

He described the institution as a representation of India ‘where she has her wealth of mind which is for all’. He became the co-founder of the pioneering Dartington Hall School.

Being close friends with Gandhi, Rabindranath was associated with the Indian nationalist movement, yet he disagreed with his friend on many things.

The Bengali poet wanted the British to stay in India as he believed they brought positive change to India whereas Gandhi wanted them out.

The main source of inspiration Rabindranath Tagore drew on was from his surroundings. From his childhood of creative family members and local theatre productions to his colourful lifetime of poetry, music and art. 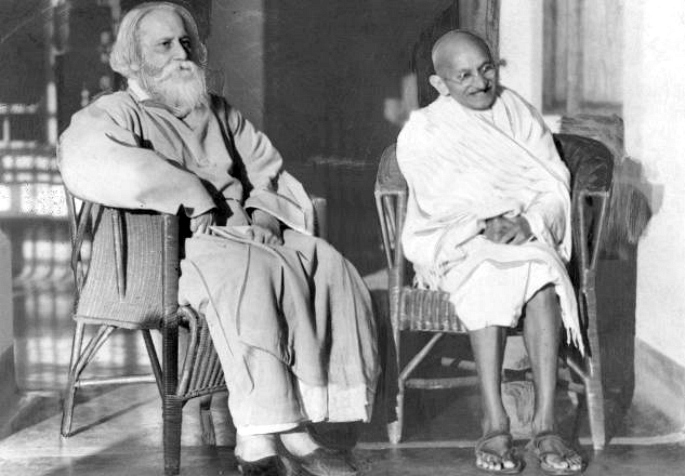 His poetry stemmed from classical Indian poets by the likes of Ramprasad Sen and the 15th century Indian poet Kabir. Tracing back to his Bengali roots, he also enjoyed Bengali folk music, Baul tradition.

In a way of remembering the globally successful poet/philosopher, India created an Rs.1 Crore award for Rabindranath.

In the United States, a Tagore festival is celebrated annually in Illinois. He was hailed as the ‘greatest poet India has produced’ and a ‘deeply relevant…contemporary thinker’.

Although Rabindranath gained the love of the Asian continent, there were still a few ‘haters’, who greatly criticised the philosopher. Mr. Yeats said in 1935, ‘damn Tagore’ and described Rabindranath’s work as ‘sentimental rubbish’. You can’t win them all!

Rabindranath made an impact on the world and in most South Asian households. It was very easy to have someone mention his name in a conversation, over coffee and cake.

According to Susan Miah, who grew up hearing of the poet, he was ‘every Bengali’s national pride’. And to another member of a Bengali household, Rabindranath was a ‘legendary writer’.

He is still very relevant today, a distinctive asset to Bangladesh and across Asia. Tourists even visit his family home in Kolkata. One of his most famous lines include: ‘Every child comes with the message that God is not yet discouraged of man.’

Fahmeen is a creative writer and thinker. She loves writing fictional stories. Her life motto is: "We are but travellers in this world, so don't feel lost when we aren't even at home."