"Desi Moves gave a platform to young talent. It's super-important that young voices are heard."

Witnessing two launches on 4th and 5th October 2017, it will serve as a celebration of emerging talent. All through the outstanding photography of Saffiyah.

Located in Concord Youth Centre and Lighthouse Centre, this hails as an opportunity not to miss. Desibition will capture the diverse community of Birmingham; a project between Punch Records and Saffiyah Khan.

Since April 2017, the activist took the world by storm with her viral image. While EDL protestors began to surround a young South Asian woman, Saffiyah approached them to defend her. Standing up to these protestors, her defiance at racial prejudice took global attention.

Following from this, she continues to herald as an amazing activist. Keen to bring South Asian youth to centre-stage.

Working with Punch Records, she has previously featured in Desi Moves for an insightful Q&A event. Desi Moves served as part of UTSAV – Birmingham’s year of South Asian culture. Celebrating the rich heritage of South Asia, the programme reflected how these cultural influences sparked passion in the next generation.

Throughout the summer event, Saffiyah Khan documented its exciting highlights. It witnessed emerging South Asian musicians who began their journey in youth centres. 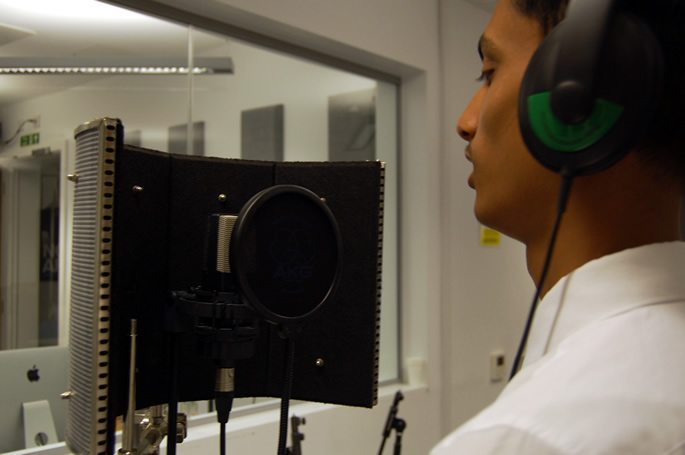 From these youth centres to appearing on Birmingham Mela’s stage, they entertained crowds of up to 40,000 per day. This highlights the ingenious talent of the city’s youth.

With an excellent collection of photos from the event, Desibition will now provide a new platform for this talent. Speaking on the exhibition, Saffiyah explained:

“Youth engagement is so important. I worked with Punch Records over ten weeks making this photo documentary. Desi Moves gave a platform to young talent. It’s super-important that young voices are heard.”

These images, seen for the first time ever, will portray the communities of inner-city Birmingham. Desibition will also serve as a witness to the outstanding, street-level culture of young South Asians. Presenting their ambitions to create music for new audiences.

Ammo Talwar, CEO of Punch Records, also was proud to announce the exhibition. He revealed:

“Punch is committed to continuing to support new Brit Asian audiences. These photographs by Saffiyah Khan highlight the passion and potential of young artists from these communities.” 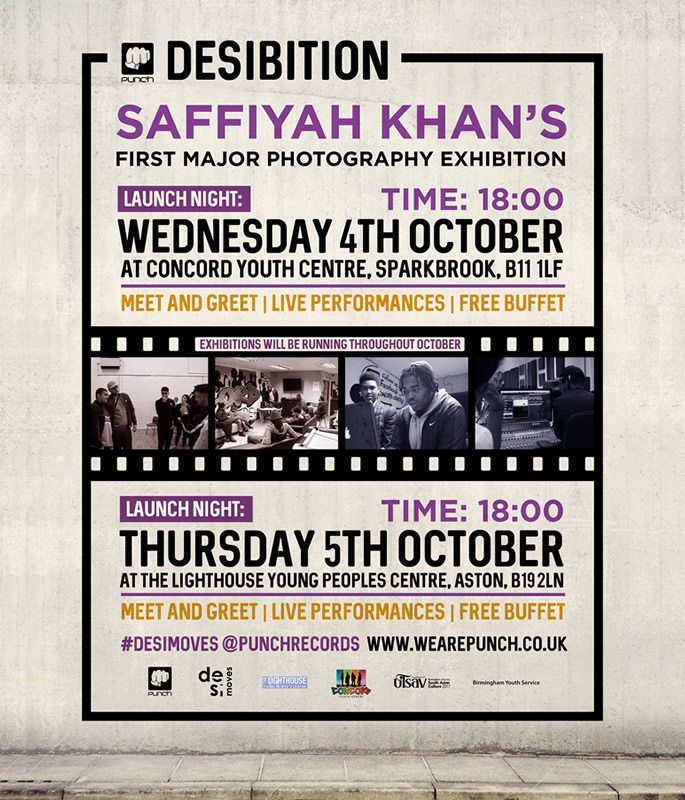 These events will also hold a series of live performances. As well as the chance to meet Saffiyah Khan and outstanding musicians.

Visitors can attend the exhibition throughout the month of October at the youth centres.

Therefore, make sure you don’t miss out on Desibition’s exciting launches!

Find out more and book a spot for the event here. Join in on the conversation on Twitter, using the hashtag #Desibition!