How Cricket can Attract at the Los Angeles Olympics 2028

The International Cricket Council aims for cricket’s inclusion at the Los Angeles Olympics 2028. We explore why this is an attractive plan.

"A fifteen over match per innings is ideal"

The inclusion of cricket at the Los Angeles Olympics Games 2028 will be fruitful from many different aspects.

The 128-year wait is likely to be over, with the International Cricket Council (ICC) aiming to reintroduce the sport at the Olympic Games.

The last time cricket featured at this multi-sports global event was at the Paris 1900 Olympics. Great Britain and the French Athletic Club Union were the only two teams participating then.

The ICC will work closely with the International Olympic Committee (IOC) and USA cricket to make this a reality.

Greg Barclay, ICC chair, spoke about the impact fans and players can have at the Los Angeles Olympics 2028:

“Clearly cricket has a strong and passionate fanbase, particularly in South Asia where 92 per cent of our fans come from whilst there are also 30 million cricket fans in the USA.”

“The opportunity for those fans to see their heroes competing for an Olympic medal is tantalising. We believe cricket would be a great addition to the Olympic Games.” 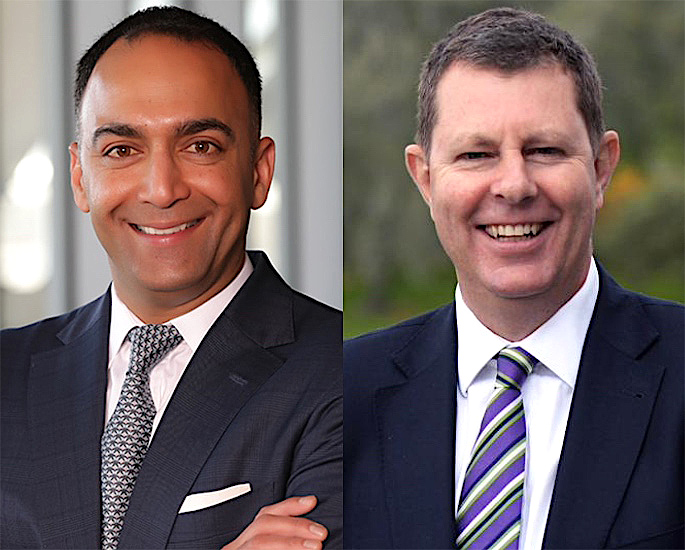 “USA Cricket is thrilled to be able to support cricket’s bid for inclusion in the Olympics, the timing of which aligns perfectly with our continuing plans to develop the sport in the USA,” Marathe added.

“With so many passionate cricket fans and players already in the USA, and a huge global audience and following for the sport around the world, we believe that cricket’s inclusion will add great value to the Los Angeles 2028 Olympic Games and help us to achieve our own vision for establishing cricket as a mainstream sport in this country.”

We closely look into why cricket at the Los Angeles Olympics 2028 is an exciting prospect: 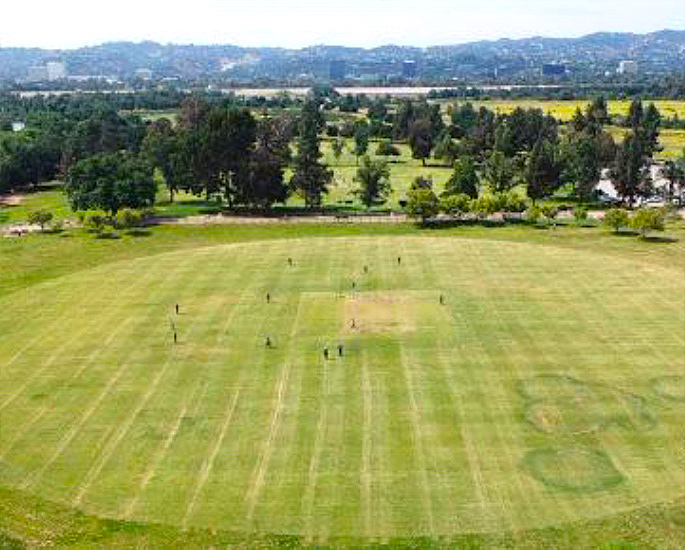 If cricket does become an Olympic sport, it will be a chance to build a state of the art stadium in Los Angeles.

The ICC, USA cricket board should join forces and seek a plan to move forward with this. Even if the IOC does not want to explore a

The Leo Magnus Cricket Complex in Los Angeles is a possible venue to establish.

Los Angeles will be an appealing proposition, with the Disneyland Park being so close. This will encourage many tourists visiting the nearby attractions to also watch the cricket.

“This is the best field facility in America. There is no comparison.”

Even if a world-class stadium is not built in Los Angles, the USA has two good options in terms of stadiums.

The Central Broward Regional Park ground in Lauderhill has already hosted matches, with a capacity of 20,000.

Then there is the stadium in Dallas-Fort Worth which will become the home of USA cricket. 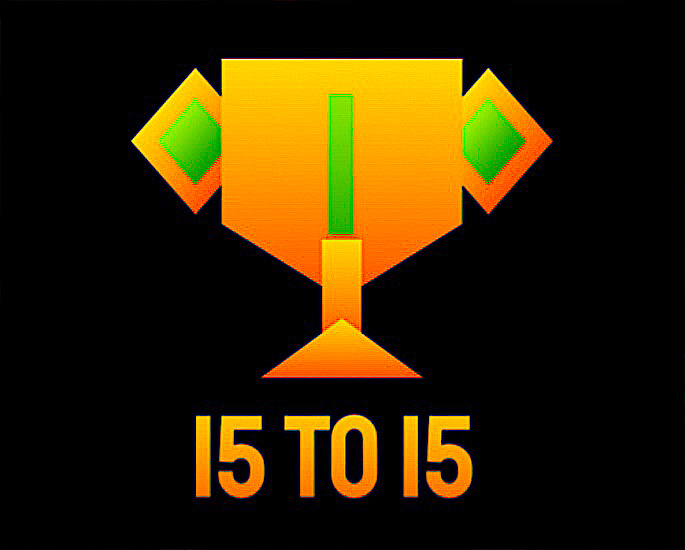 The ICC can introduce a shorter format for the Los Angeles Olympics 2028.  T20 Cricket is ideal, with T10 also being an option, if organizers want to reduce time further.

The ICC and the Olympic representatives might want to be a little innovative and opt for a middle ground.

Will they opt for a fresh tournament, given the amount of cricket that is played?

Perhaps they can consider a 6/15 event, with both sides playing 15 overs each. Naturally, every over would contain six balls with each bowler delivering a maximum of three over each.

Whilst they can also name it 15 To 15, there is likely to be many discussions on the final format whatever it may be.

When asked about a fifteen over format, Mazhar Hussain, a cricket fan said that would be perfect:

“T10 is not really a cricket match. A fifteen over match per innings is ideal, especially at the Olympics.”

The other talking point will be how many teams. There are two other interesting points.

Firstly, England will have to combine with Wales, Scotland and Northern Ireland to form a Great Britain team.

Whereas the West Indies will have to dissolve into their respective sovereign states. So, the likelihood of Jamaica fielding a team and so forth.

With a shorter format, there is scope for some associate teams, generating interest from their respective countries.

Whilst, reports suggest it will be an 8-team men and women’s competition, there is room to consider a 12 or 16 team tournament. More teams

No doubt, there will have to be some qualifying criteria for all the teams.

Naturally, rival matches between India and Pakistan or an England versus Australia game will ignite the whole Olympics. 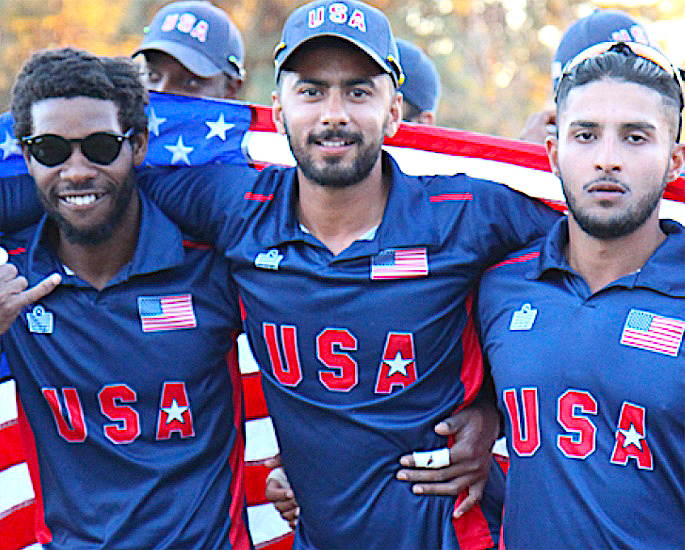 Cricket at the Los Angeles 2028, is the best chance for the ICC has to really boost and spread the game in America.

It is common knowledge that with time, the USA can be a force in cricket.

More importantly, it presents a very lucrative market on many fronts. This includes major broadcast deals, brand endorsements, sponsorship, and much more.

Providing the USA and a few other associate nations play at the Olympics, they can develop the sport more concretely back home.

A cricket match between Canada and the USA will have an impact throughout North America.

The presence of teams like Nepal, Kenya, Netherlands,  Namibia, and Oman can develop the game in those countries too.

And even if affiliate nations do not participate, it will still encourage more people from these countries to get familiar with the sport and inspire them to play it.

Introducing the women’s game at the Los Angeles Olympics 2028 can also grow the sport and target many ladies to take cricket seriously. 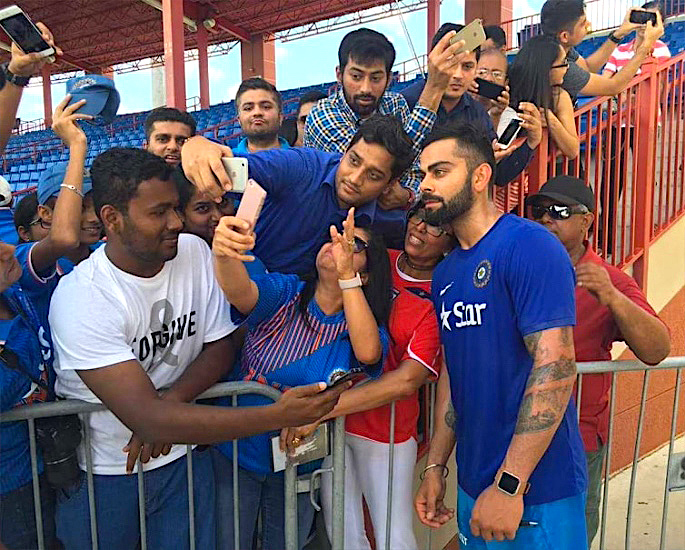 The ICC points out that there are 30 million cricket fans in America. Fans from the USA who love their cricket will be tempted to watch the matches from inside the ground.

Then there will be die-hard fans from the Indian subcontinent, West Indies, Australia, Europe and elsewhere who will be willing to travel to the USA for the matches.

It will be for some a once in a lifetime experience to fulfil their American cricket dream.

British Pakistani travel agent, Aseem Khan from London is ready to fly for cricket at the Los Angeles Olympics: 2021:

“If cricket takes place at the 2020 Los Angeles Olympics, I will certainly plan a trip to the USA.

“Watching cricket inside a USA Stadium and cheering on Pakistan will be a unique experience.”

Whether it is locals or people from overseas, one can safely say that many Indians and Pakistanis will witness the games LIVE from the chosen venue.

Some of the fans will also combine cricket, with exploring the sights and sounds of America. 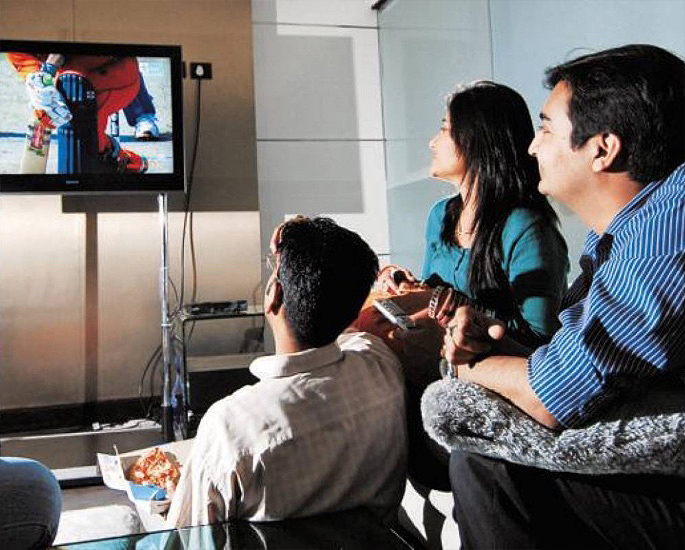 If cricket is included at the Los Angeles Olympics 2028, viewership will increase massively of the sport. This is because it will be part of the biggest multisports event globally.

Barring football, cricket has a huge base around the world. There is also a big following outside the 12 Test-playing nations, particularly where there are many South Asian, British, and Australian people living.

With the West Indies within proximity of the USA, and many West Indians residing in the USA, that too will be a plus point in terms of viewership.

Additionally, with the inclusion of associate nations and global broadcasting, cricket at the Olympics can target all corners of the world.

Greg Barclay, who was International Chamber of Commerce Chairman mentions that cricket has more than a billion fans across the world:

“Nearly 90 per cent of them want to watch cricket at the Olympics.”

Furthermore, this will be the perfect opportunity to encourage local Americans and others who do not normally follow the sport to watch it. 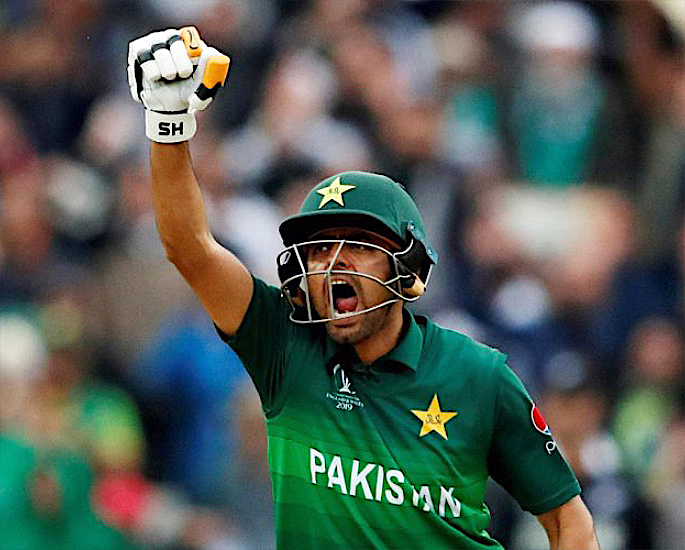 Having the best players featuring in the tournament will be attractive for the Games, spectators and worldwide viewers.

For any sports athlete, winning an Olympic medal will be the ultimate dream, and cricketers are no different.

Players including Desi will be hungry to win a medal for their respective nation, similar to the likes of Imran Sherwani (Great Britain) and Manzoor Junior (Pakistan) in hockey.

After India had won a men’s hockey bronze at the Tokyo Olympics 2028, former Indian opener Gautam Gambhir said a medal at the Olympics is bigger than a Cricket World Cup:

This is exactly what an Olympic medial will mean to cricketers. Plus it will be another accolade for some of the great players in World Cricket.

Seeing players such as Virat Kohli, Jaspreet Bumrah, Shaheen Shah Afridi and Babar Azam at the Los Angeles will be box office entertainment.

Will players from India or Pakistan fight for a gold medal at the Olympics? Players featuring in an India vs Pakistan game will see cricketers, showing their magic on the field.

It is quite evident that there are huge advantages of having cricket at the Los Angeles Olympics 2028. The ICC and respective cricket boards are on the same page.

The players will be ready for the green signal and represent their nations in the quest for medals, in what will be a major cricket festival.