6 Neutral Venues for an India vs Pakistan Cricket Series

Cricket’s biggest arch-rivals have competed away from home. We present 6 neutral venues for a cricket series between India and Pakistan.

"I think India and Pakistan should play at neutral venue"

Neutral venues should be considered for a bilateral cricket series involving arch-rivals, India and Pakistan.

Playing away from the subcontinent is ideal, especially with tensions constantly rising amongst the cricketing neighbours.

With the support of the International Cricket Council (ICC) and respective boards, the United Arab Emirates, England and the USA can be exciting neutral territories for various reasons.

The two sub-continental teams have previously faced each other before at neutral venues across the world.

During the 80s and 90s, India and Pakistan had high voltage clashes in the UAE, particularly in the One-Day-International format.

We look at 6 neutral venues for a bilateral ODI and T20 cricket series, featuring India and Pakistan 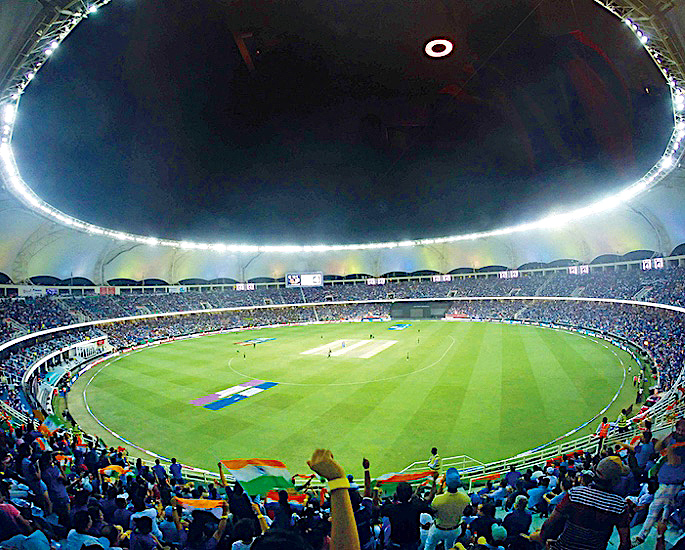 The Dubai International Cricket Stadium is among the most fascinating venues across the globe.

From 2009 onwards, many ODI, T20 and Test matches have taken place at this stadium.

Pakistan has gone on to host many home series matches at the ground.

The final of the 2020 Indian Premier League, along with other knock out and double round-robin games took place at this ground.

The capacity of 25,000 and the “Ring of Fire” floodlight makes for a great spectacle.

This stadium is ideal with many people from India and Pakistan living in Dubai.

It will also attract overseas South Asian communities, as Dubai has become a transfer hub for onward destinations.

The ground also has excellent facilities for the players, media and spectators. 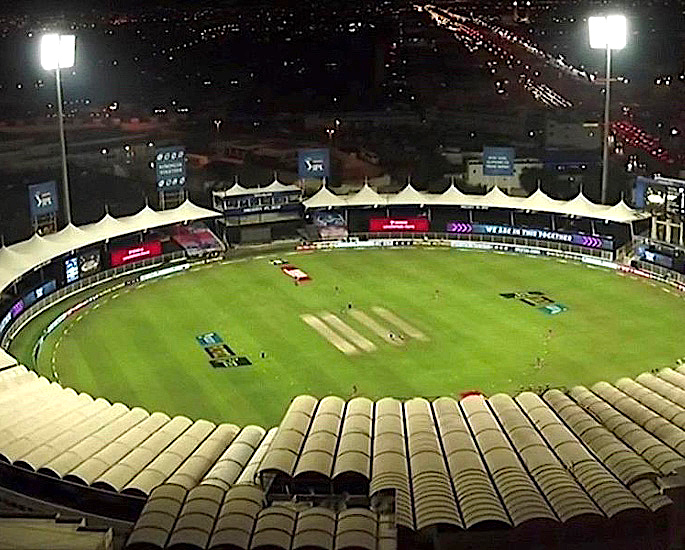 Sharjah Cricket Stadium is one of the most iconic neutral venues to stage games involving India and Pakistan.

It was in 1984, that Sharjah began hosting cricket games in this desert region of UAE.

Who can forget Javed Miandad hitting a six off Chetan Sharman on the last ball?

The ground has by and large very good memories for Pakistan in ODI cricket.

Fans will remember some of the exciting matches that have taken place on this ground.

The floodlight stadium can hold up to 27, 000 people and has a very UAE ambience to it.

Sharjah has two major advantages. The first being it acts as a twin city to Dubai.

Secondly, besides there being a big South Asian diaspora, the city has an international airport.

All in all this ground has history and atmosphere. This makes it perfect for an India vs Pakistan cricket series. 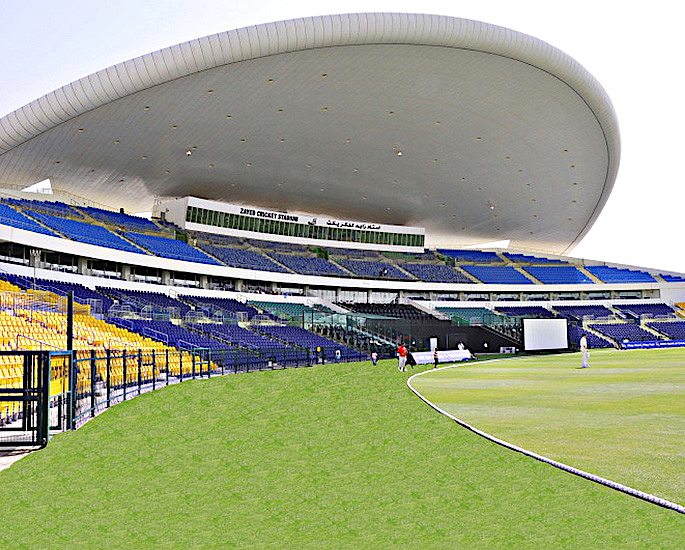 The Sheikh Zayed Cricket Stadium in Abu Dhabi is one most the stunning neutral venues in the world.

It is the premier cricket stadium in the second biggest city of the United Arab Emirates.

The beautiful ground began hosting ODIs in 2019 and Test matches from 2010.

It had become a temporary home venue for the Pakistan cricket team.

The stadium has floodlights, with a seating capacity of 20,000. This includes a large grass area for the crowd to relax.

After Dubai, Abu Dhabi has become the second major hub for national and international travellers.

Once again there is a big community from India and Pakistan residing in Abu Dhabi.

The city is also within a short flight distance for cricket fans travelling from India and Pakistan.

The stadium has impressive facilities and is a visual delight for everyone, particularly television viewers. 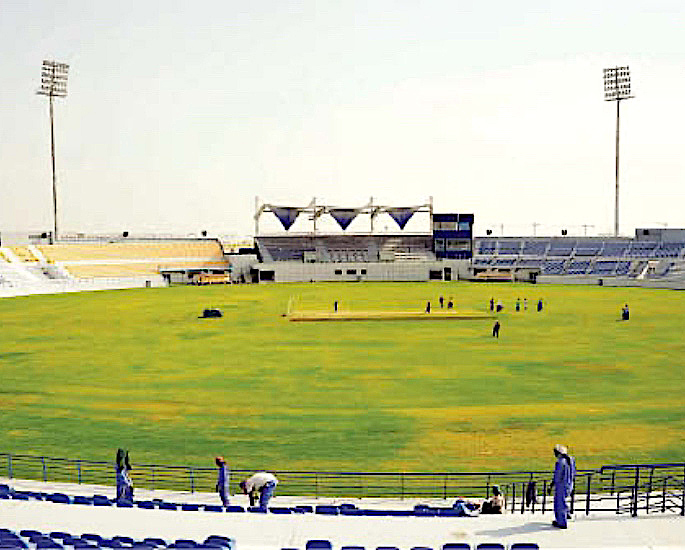 The West Park International Cricket Stadium in Doha is good for an India vs Pakistan series.

The floodlight ground is good in size, with a capacity of 13,000. The stadium hosted a women’s triangular ODI and T20 tournament in 2013.

Rahim Khan, a cricket fan from Qatar’s capital believes this ground has the potential for creating an amazing environment and buzz:

“India facing Pakistan in Doha can create a carnival atmosphere at the West Park Stadium.”

Similar, to UAE, Doha in Qatar has a good South Asian population.

The city also has become a hub for international travellers, especially those travelling from India and Pakistan.

Matches in Doha will also allow the game to also develop in Qatar, which is important for cricket’s globalisation. 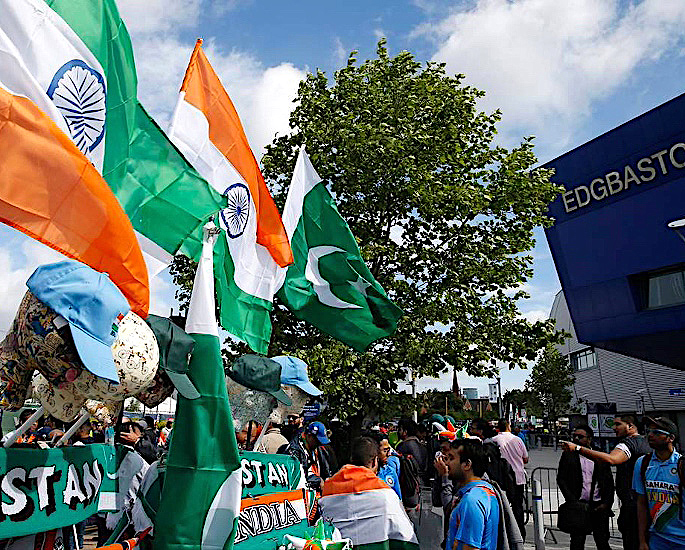 Edgbaston Cricket Ground in Birmingham, England is amongst the best neutral venues from many perspectives.

The stadium has a rich history, dating back to 1882 when it was built.

The ground is perfect for an India vs Pakistan series, especially with a good track record of hosting games in the past.

Former England player, Alec Stewart describes Edgbaston as being “up there with Eden Gardens” in Kolkata.

The British Asian community often come out in big numbers when India or Pakistan have a match at this ground.

Edgbaston also acts as a bridge between the north and south divide of England.

The ground is in the centre of England, making it accessible for people from London and Manchester.

The stadium has the perfect blend of an English classical look, with a modern take

The ground has a seating capacity of over 24,000, which can create a thrilling atmosphere. The ground is fit for any format of the game. 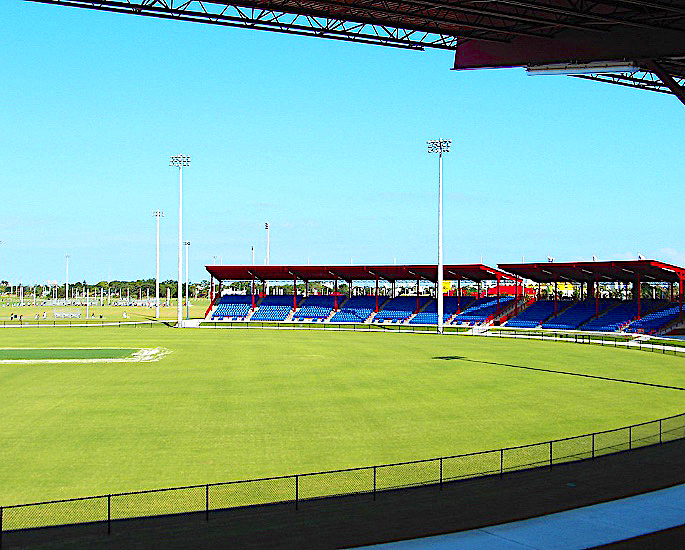 Central Broward Park Stadium in Florida, USA is a very exciting neutral venue for an India versus Pakistan cricket series.

Four T20I have already taken place on the ground, along with ODIs. The stadium has all the facilities, including floodlights and a capacity of 20,000.

America has a big South Asian population who naturally love their cricket. Hence, this ground has huge potential to host a bilateral T20 or ODI cricket series.

The other vital point is that the ICC has long wanted to tap into the lucrative American market.

For that to happen, the game must develop, along with the USA team flourishing.

Citing the once desert nation, he told the media:

“I think India and Pakistan should play at neutral venue, if not on home soil, be it UAE.”

The plus point of the UAE is the close proximity of three world-class stadiums. The other option is having matches in England across Birmingham and London’s two famous grounds – Lord’s and Oval.

Playing at a neutral territory will push politics aside somewhat, particularly in the build of the matches.

Tensions soar much higher when high octane clashes between the two sides take place in either India or Pakistan.