Pakistan’s cricketing homecoming was a huge success. They defeated tourists Zimbabwe in both the T20 and ODI series, while thoroughly entertaining their cricket-mad fans. DESIblitz presents the highlights of Zimbabwe’s tour of Pakistan.

"It's been an exciting and emotional series for many reasons."

The Pakistan cricket team celebrated their homecoming in style, with victories in both the T20 and ODI series against Zimbabwe.

The first T20 match on Friday 22 May 2015, was the first international cricket match to be played in Pakistan, since 12 gunmen opened fire on a Sri Lankan team bus on 03 March 2009.

The nation has been in a state of euphoria (which you can read about here), as expectant crowds packed out the Gaddafi Stadium in Lahore, which hosted all five matches of the bilateral series.

DESIblitz brings you the highlights of Zimbabwe’s tour of Pakistan. 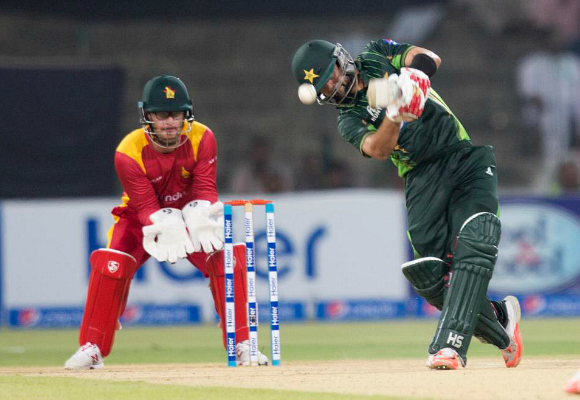 Zimbabwe posted a competitive 172-6, as Hamilton Masakadza set the pace with 43 runs off 27 balls. He was backed up by captain Elton Chigumbura, who top-scored with 54.

After the fall of the opening partnership, Pakistan struggled as they lost three more wickets.

In the third ball of the final over, T20 captain Shahid Afridi struck a boundary down the ground, to see Pakistan home. 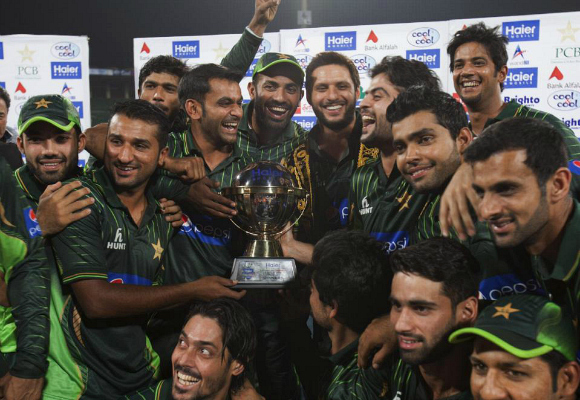 In another nail-biting contest which went right down to the wire, Pakistan clinched the T20 series 2-0.

Just as in the first match, Masakadza and Vusi Sibanda scored opened with a 50-partnership. Sean Williams, promoted to number 3, top-scored with 58*.

Shoaib Malik bowled a thrifty four overs to reign in Zimbabwe’s scoring towards the end.

Mukhtar scored his second successive 50, whilst wickets around him fell. Afridi and the other lower order batsmen were dismissed cheaply.

Pakistan needed 12 runs to win off the last over. And Bilawal Bhatti was the man of the hour.

Bhatti hit a six down the ground, a shot for two runs, and then creamed a four through the covers for the victory. 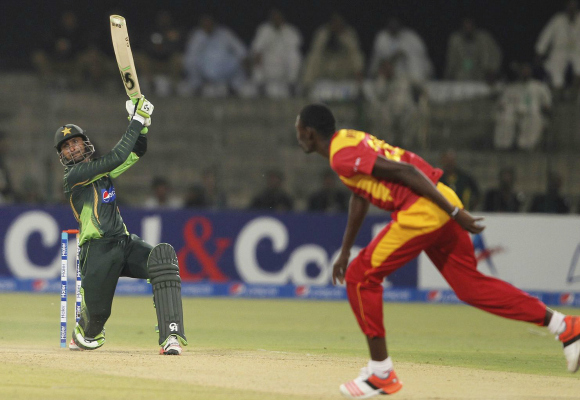 The opening 170-run partnership of Azhar Ali (79) and Mohammed Hafeez (86) provided the platform for Pakistan’s formidable 375-3.

Shoaib Malik (112) playing an ODI for the first time in two years, recorded a memorable century, with a fabulous knock. He and Haris Sohail (89*) saw out the innings successfully.

Captain Chigumbura was brave with his risk-taking innings of 117, and Masakadza was not far behind with his 73.

But Zimbabwe left themselves with too many to chase in the final overs, with the required run rate rising to over 15.

Wahab Riaz (3-47) was the sole threat from the Pakistani pace attack, which struggled to find its killer edge. 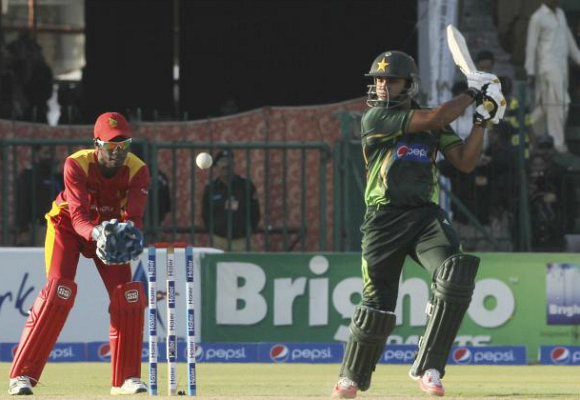 Sikander Raza scored an impressive unbeaten century (100*) and Chamu Chibhabha narrowly missed out on a century himself, with 99. However, no other Zimbabwean batsman managed to score more than 20.

Pakistan’s pace men struggled once more on a flat wicket. Yasir Shah (2-40), who got the two important wickets of Masakadza and Williams, was the pick of the bowlers.

Pakistan’s calm and calculated chase was led by Azhar Ali. His match-winning innings of 102 provided the stability to settle Pakistani nerves.

Azhar was supported in his pursuits by Sohail who finished with an unbeaten 52. When Azhar fell, Shoaib Malik (36*) played the role of ruthless finisher, as Pakistan coasted to victory. 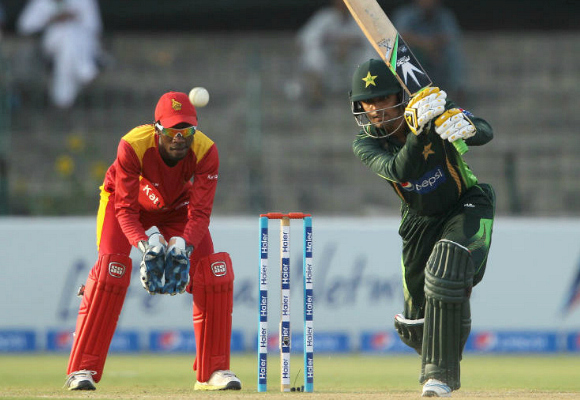 The match was initially stopped due to floodlight failure. When the floodlights were fixed, a dust storm blew through the Gaddafi Stadium. The players finally returned to the pitch, only for heavy rain to fall, leading to a wash out.

Pakistani openers Hafeez (80) and Azhar (46) got the men in green off to a flying start.

Despite some stutters in the middle order, a timely half-century by Babar Azam on his debut, steadied the Pakistan innings.

Zimbabwe openers, Chibhabha and Sibanda, were undeterred by the huge task ahead and went for the jugular. They put on 68-0 from 9 overs, before the match came to a premature end. 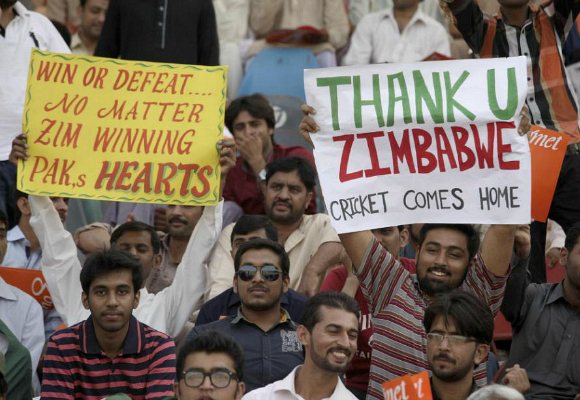 Pakistan ODI captain Azhar Ali said: “It’s been an exciting and emotional series for many reasons.

“It became important for us, as many of us never played in Pakistan.”

With their victory in the ODI series, Pakistan maintain their ninth place in the ICC rankings.

They are in close pursuit of seventh-placed West Indies and eighth-placed Bangladesh, in their quest to qualify for the 2017 ICC Champions Trophy.

During this tour, Zimbabwe proved they were no push-overs. Despite lacking the match-winning pedigree, their determined performances made for compelling viewing, and added credibility to Pakistan’s victories.

The Pakistan team however, had the cutting edge when it most mattered. Furthermore, their top order batsmen recorded some fine performances.

Pakistanis all over the country, and all around the world, can be proud of their heroes in green.

The cricket carnival that the beautiful city of Lahore has just witnessed was a joy to see.

The Pakistani cricket fans do not want the party to stop, and their message is loud and clear: “Let us play cricket in Pakistan!”