The return of international cricket to Pakistan has been the cause of great joy and celebration in the country. The Pakistan Cricket Board (PCB) and fans are confident that more teams will follow Zimbabwe’s lead and visit in the near future.

“I am born again today. It’s the happiest day in my life."

Six years ago, the cricketing world were left shocked, when a Sri Lankan cricket team bus travelling to Lahore, was attacked by 12 gunmen.

On that fateful day of 3rd March 2009, six Sri Lankan cricket players were injured, and six Pakistani policemen and two civilians were killed.

The Pakistan team was forced to relocate to the UAE, and the nation had been deprived of watching their heroes on home soil.

The matchday buzz in the dhabas, gullies, and bazaars, the roars of the crowd, the Mexican waves, dancing in the stands and the streets, the wait with baited breath for a third umpire’s decision, the ecstasy of a triumph – had all been sorely missed. 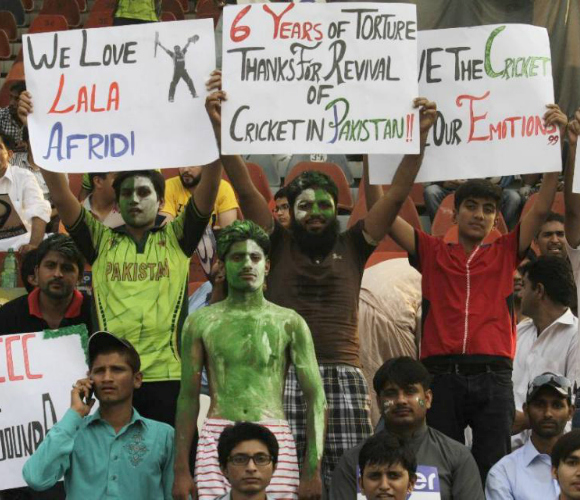 But in May 2015, Zimbabwe ended the misery for Pakistani cricket fans. They became the first International side to visit the nation, to compete in two T20 matches and three one-day internationals.

It has been a delight to see the swarms of fans, who have packed out the Gaddafi Stadium, bringing the cricket carnival to Lahore, the Paris of the East.

With their hand-written signs of gratitude and good will, they have brought life, joy, and colour to Pakistan cricket once again. It is refreshing as this is not a side of Pakistan which the rest of the world often get to see. 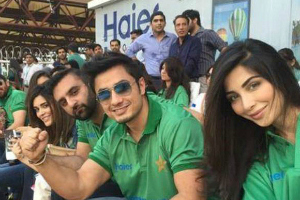 Pakistan’s most famous fan, ‘Cha Cha Cricket’ Sufi Jalil, said ahead of the first match: “I am born again today. It’s the happiest day in my life as I waited for 2269 days, to be exact, from March 3, 2009 to this day.”

Among the Pakistani cricketing faithful were celebrities such as Ali Zafar, Ayesha Omar, and Humaima Malick.

The legendary 1992 World Cup-winning captain, Imran Khan, and his wife, Reham Khan, were in attendance for the second T20 international.

On his first visit to the Gaddafi Stadium in 19 years, Imran said: “It is great to see international cricket back in Pakistan after so many years.”

In anticipation of this momentous series, #CricketComesHome has been trending worldwide on twitter. Among the legions of cricket lovers using the hashtag, were former Pakistani pace bowler, Wasim Akram, and his wife, Shaniera:

Even during the recently-concluded IPL, #PAKvsZIM was trending nationally across the border in India.

The heavy security arrangements for the series against Zimbabwe have been a key feature. Shuja Khanzada, head minister of Punjab, had said: “Whatever resources we have available here in Pakistan, we will utilise them to ensure a peaceful tour for the Zimbabwean team.” 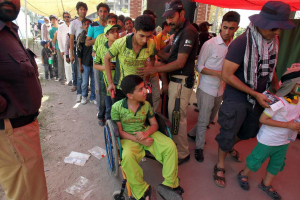 The Zimbabwe team have been protected by 60 police vans, and were transported by helicopter from the airport.

Roads have been blocked by hundreds of heavily armed law enforcement officials, to ensure the Zimbabwe team is in clear sight and well protected.

Police snipers have been perched on top of buildings to maintain aerial surveillance. Fans have had to pass through three layers of security, including metal detectors.

“I would like to indicate to the world, especially the Test-playing nations, that Pakistan is a safe country to play cricket…We are safe, the players are safe, and there is no problem.”

As recently as this month, there was a terrorist attack in Karachi which killed 43 people. But Karachi, and Peshawar, another trouble spot, are a world away from Lahore.

Thus, Pakistani officials believe that venues in Punjab, such as Lahore, Faisalabad, Rawalpindi and Multan, are viable for international cricket.

In June 2015, the International Cricket Council (ICC) board will be informed of the progress of matches in Pakistan. 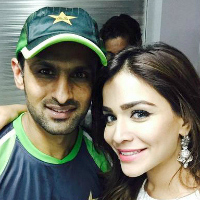 Pakistan Cricket Board (PCB) official, Shaharyar Khan said: “We will show a documentary of the Zimbabwe tour in the ICC Board meeting and hopefully perceptions about Pakistan will change gradually.”

Khan has appealed to the South Asian nations for solidarity. He said: “India, Sri Lanka and Bangladesh all need to give us more support to help us bring back regular international cricket to Pakistan.”

The PCB wants Sri Lanka to tour in April 2016. Reports suggest that the head of the Sri Lankan cricket interim committee, Siddhart Wettimuny, will visit Lahore for the last one-day international against Zimbabwe, on Sunday 31st May 2015. 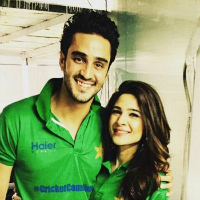 However, the Federation of International Cricketers’ Associations (FICA) has released a statement to prevent other cricketing nations from doing so.

FICA executive chairman, Tony Irish, said: “We are very concerned about the safety of players, and any match officials who may be sent to Pakistan.

He added: “Even with the best intentions, the security environment cannot be controlled or influenced to the extent that the risk becomes acceptable.”

Even though this might not be music to the ears of Pakistani cricket fans, there are some rays of sunlight visible on the horizon. 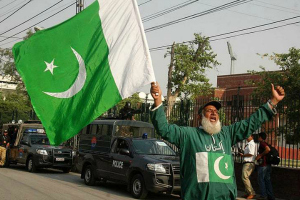 In the wake of the 2008 Mumbai attacks, India stalled bilateral cricketing ties with Pakistan. But the resumption of an India-Pakistan series is on the cards.

The PCB has stated on a number of occasions that a series between the two nations will take place in the UAE sometime during December 2015.

Zimbabwe’s tour of Pakistan is definitely a step in the right direction. Whether other teams will tour Pakistan, we will have to wait and see.

An India-Pakistan series on Pakistani soil might still be a long way off. But fans for the Green Shirts will keep their dream alive of ‘Let us Play in Pakistan’.

Baljit Rihal calls on FA for ‘Real Action’
Why did Arsenal win the 2015 FA Cup Final?