The Impact of Humans of New York on Pakistan

From the gorgeous Hunza Valley to the tops of Babusar, to cosmo Lahore, photographer Brandon Stanton, founder of Humans of New York documents his extraordinary journey to Pakistan.

"I want to have my own career. I don’t want to depend on anyone else."

In a recent trip to Pakistan, the photographer has been able to single handedly reinvent the country’s negative image through by talking to real, ordinary people and relating their stories to the world through social media.

Brandon began his feel-good HONY project in 2010, where he began photographing the inhabitants of NYC. After he started to gain popularity, Brandon took HONY on the road, branching out to other areas.

Now, HONY enjoys over 10 million followers on social media, providing its global audience a chance to connect with something they probably wouldn’t see through the comfort of their television.

His recent trip to Pakistan shows exactly how extraordinary any country can be, and how widely the portrayal of Pakistan by media creates false expectations in people’s minds.

Brandon wanted to highlight the social issues that many Pakistanis face but to also promote the country and it’s people in a positive light.

What began with just a simple photographic experiment has expanded into a beautiful journey to expose the simple truth about where people come from. 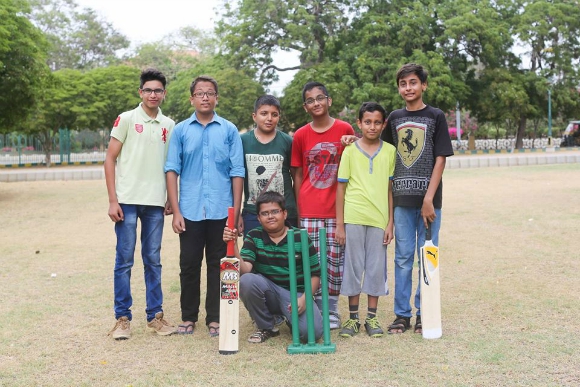 The simple worries of kids not being able to play cricket during exam season make us believe in the normality of it all, that even in Pakistan, kids also worry about the lighter, more humane side to life, that we in the West are accustomed to.

Familial relationships and unity are the stronghold of many who live here, and friendships are cherished. On August 10, Stanton photographed a man who gushed about his grandchild: 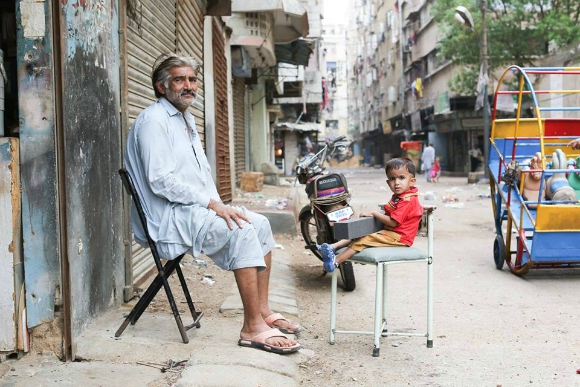 “He’s my only grandchild. Every time he does anything, I enjoy it. The other day he pulled the TV set. I didn’t even mind.”

And just like that our own heartstrings are pulled, it’s the unconditional love that we appeal to and relate to.

Exactly three days before he photographed a man and his daughter in Karachi, who said: “I take her everywhere I go,” dispelling the stereotype that it’s all about sons in the East.

If former female leaders are anything to go by, in Pakistan, daughters are of some worth too. 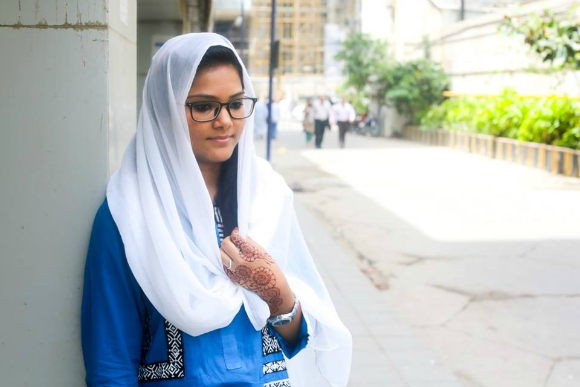 Brandon managed to interview many women who had great career ambitions in mind. He found more women were yearning to dictate their own futures, and live life on their own terms.

On August 6th Stanton interviewed a young girl who said: “I want to have my own career. I don’t want to depend on anyone else.”

As empowering as that sounds, the girl also admits that this notion still isn’t accepted in society.

“But … if you want to do some things on your own, [society] expect you to do everything on your own. And that’s difficult. Because wanting to be independent doesn’t mean I want to be alone.” 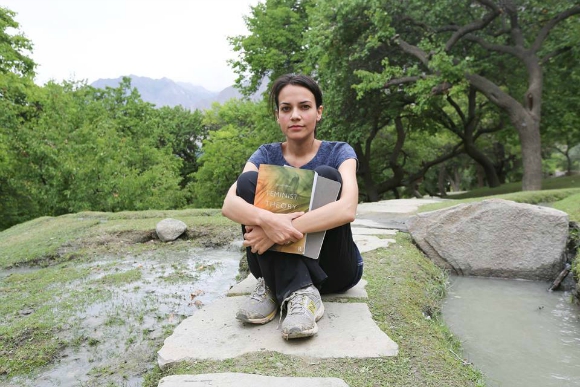 But Stanton clearly wanted to highlight that Pakistani women are clearly fighting for their rights.

“Even within my organisation, the patriarchy is being broken down. Energetic young females are beginning to share influence with older male members.

“When you’re in a tough fight for a common cause, you can’t afford to be choosy about where the best ideas are coming from.” 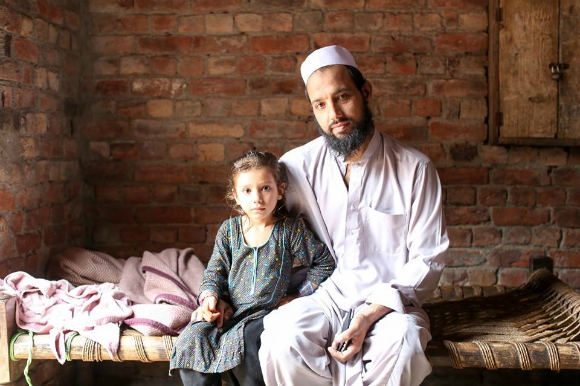 ‘Fathers and daughters’ is a common thread in Stanton’s pictures. Whilst staying in Lahore, Stanton photographed a man whose daughter had recently began school. The father had never been educated himself:

“She comes home and tells me exactly what happened, everyday. I love it. If I’m not home for a few days, she’ll save up all her stories, then tell them to me all at once.”

Issues of love and arranged marriage are also hinted at. One man and woman in Lahore told Stanton: “Our friends are trying to set us up.” 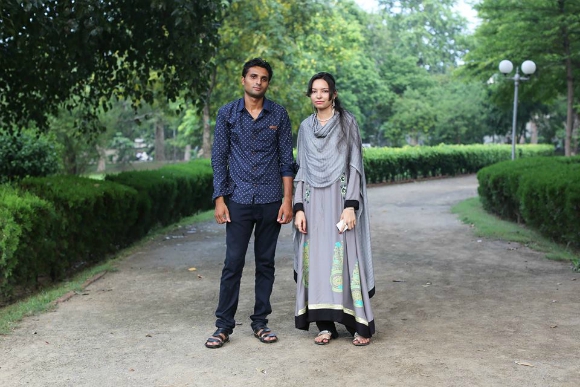 Traditionally, men and women aren’t supposed to have any sort of contact until marriage, so to be able to date and be set up is completely contemporary.

It’s refreshing to see that times are changing, and that even in some areas of Pakistan, there is freedom to choose your life partner yourself. It gives a fresh insight on how modern Pakistani people are becoming. 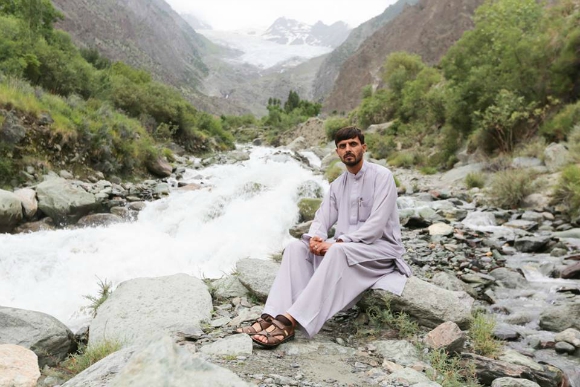 On August 3rd, Stanton photographed a man who was the sole breadwinner of the family. He has two brothers, one of which can’t walk and the other has a brain tumour.

He told Brandon: “One brother needs me to be his legs. And the other needs to be his mind. My father is too old to work, so I support us all on a soldier’s salary.” 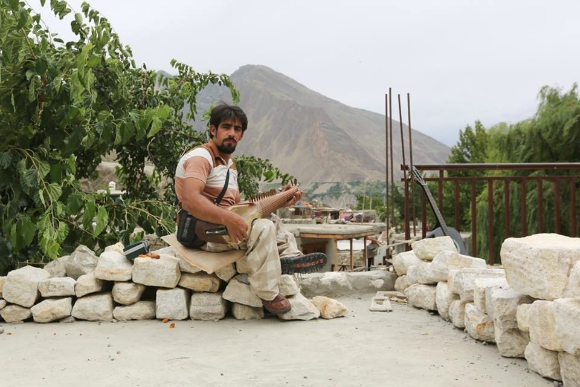 In Hunza Valley, Brandon also came across a man who was born paralysed from the waist down but he was joyous and gloated about never being treated any differently due to his disability:

“This community is so tolerant that I never had to worry about fitting in. I only had to focus on improving myself. Everyone treated me as normal.”

The hidden beauty of Pakistan is never given the spotlight. It is only the most scandalous stories that make it to the news. As Brandon explains:

“When there’s only room in the newspaper for a single column about Pakistan, it’s going to be filled with the most compelling story. And unfortunately, that tends to be the most violent story.”

And he explains that where it’s necessary to expose those stories however because they alert about the new threats:

“But when those stories are all that we hear, it’s so easy to imagine a world that’s far scarier than it really is.”

And it’s the fear of unknown that terrifies people the most. What Brandon has done is to highlight that while, yes, terrible things do happen, Pakistan is full to the brim of good, peaceful people.

It is both baffling and sad that it takes a non-Pakistani to open the eyes of people around the globe about the true beauty of Pakistan and it’s people.

Facebook user Vinod Muthupillai was grateful of Brandon regarding his Pakistani posts: “Your posts are better than ever…being raised in India, the only thing our media shows about Pakistan is terrorism…

“Glad your posts reflects the true hidden colours of Pakistan..#Fromindia.”

It is clear while Pakistan still has a long way to go in terms of promoting its positive image, there are some out there who are willing to change our narrow minded dogmas and perspectives picture by picture.