An opera in Manhattan has been designed to raise awareness of the brutal attacks on women in South Asia. Based on the story of rape survivor, Mukhtar Mai, the production fuses Western and Eastern sound.

"This is a person who knew nothing of her rights and yet she had the courage to step out."

In a quest to combat the startling figures of rape and sexual abuse towards women in South Asia, a New York opera has been created to raise awareness of the underlying horrors that countless oppressed women face on a daily basis in many cities, villages and tribal areas.

The 90-minute opera called, Thumbprint sees a collaboration of Asian and white actors and singers in what has been described as a ‘first of its kind’.

Composed by Indian-American Kamala Sankaram, librettist Susan Yankowitz, and director Rachel Dickstein, it is based on the true-life experiences of Pakistani woman and gang rape survivor, Mukhtar Mai. 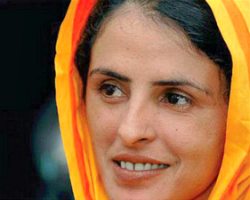 In June 2002, Mukhtar was gang raped by a rival tribal gang who sought revenge on the apparent assault by Mukhtar’s 12-year-old brother on one of their women.

The accusation led to the rival gang raping Mukhtar as an appropriate punishment to restore their tarnished honour.

Following the heinous encounter, Mukhtar was encouraged to take her case to court where 6 men were found guilty and accused of gang rape.

At the time, the trial was seen as a landmark ruling for Pakistan and the men were initially sentenced to death. However, the sentence of the main assailant was reduced to life imprisonment, while the other 5 men were eventually acquitted.

Despite the release of her attackers, Mukhtar has become an iconic figure for women in Pakistan having opened her own Women’s Organisation promoting women’s rights. 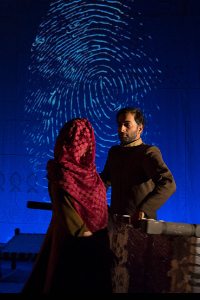 In addition to building shelter homes for abused and helpless women, she has also opened two girls schools that offer a free shuttle service for teachers and students to and from school. While she still faces threats from tribal leaders, she is one of the many survivor’s of gang rape in her country.

Mukthar Mai’s story has been widely shared by the global media, and she has been saluted as a brave and courageous woman of Pakistan.

Her story resonates with many recent tragedies surrounding sexual abuse across South Asia. Of the most prominent is the brutal rape of a young student on a Delhi bus as she travelled home one evening.

But while such instances encourage an outcry against the cruel attacks towards women at the time, there is still little hope for victims who do not receive the public sympathy or justice that they deserve.

Actor Manu Narayan adds: “Making art about any story such as this is great because it brings it to a wide audience here in New York. People are seeing Mukhtar’s story maybe for the first time.”

Composer Kamala admits that fusing Eastern cultural realities with a Western production can help to bridge the gap between victims finding their voice. Speaking about Mukhtar and her bravery, Kamala says: 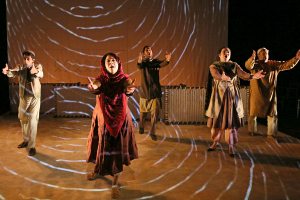 “It’s inspiring. This is a person who was completely illiterate and knew nothing of her rights and the laws of her country and yet she had the courage to step out,” she admits, adding that Mukhtar’s is a universal story of female empowerment.

Kamala also plays the lead role as Mukhtar in the production: “I am a sitar player as well as being a Western musician so I wanted to bring in elements of traditional culture but still keep it something acceptable to Western listeners.

“The piece is largely written using Hindustani ragas, which have been layered to create harmonies not found in Indian music, but essential to Western composition.

“Much of the writing for the piece, particularly the vocal ornamentation, is inspired by Pakistani and Indian traditions including Qawwali music, kirtan, and tabla bol. In this way, the music is a true fusion of East and West.”

The production sees, on a budget of $150,000 (£90,000), a six person chamber orchestra and six singers in total. The show itself blends together a mixture of Western sound, traditional Qawwal and Indian music.

Overall, the show appears to be a subtle telling of the Mukhtar’s story; how she was abused and raped, and how she went on to take her attackers to trial.

It is a story of sheer bravery and while it does not physically display the scenes of rape on stage, offers enough empathy for audiences to resonate with. 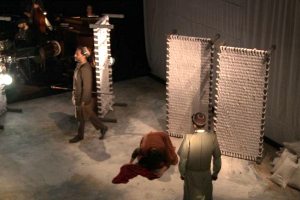 Writer and author, Susan Yankowitz who wrote the libretto for Thumbprint says: “The main question that is repeated throughout the opera is where did you find your courage… In a dry season, someone must be the first drop of rain.”

“The courage is to be the first drop of rain and that’s what I hope people will take away from it and inspire people to take some action they would otherwise not have the courage to do,” she adds.

“Much of my work has touched on violence, especially violence toward women, and the silence that surrounds oppression. In my own way, through theater, I try to break through some of those silences. Mukhtar Mai has actually done that, and changed lives for women everywhere,” Susan says.

Following its short but successful run in Manhattan, Kamala and her team are hopeful to take the production to tour across Pakistan and India later in 2014. They hope that the opera will expose the hidden evils of some communities and open doors for victims of rape who otherwise feel helpless.

Aisha an English literature graduate, is a keen editorial writer. She adores reading, theatre, and anything arts related. She is a creative soul and is always reinventing herself. Her motto is: “Life is too short, so eat dessert first!”
Impact of Bollywood on Indian Culture
Most Romantic Cities in the World