"It's not going to be the easiest thing to nick."

A solid gold toilet was stolen from Blenheim Palace in Oxfordshire, the birthplace of Winston Churchill. The theft took place during the early hours of the morning of Saturday, September 14, 2019.

The former home of Winston Churchill is popular amongst visitors and police have arrested a 66-year-old man in connection with the theft.

The 18-carat gold toilet is an art piece named ‘America’ which was created and produced by the Italian conceptual artist Maurizio Cattelan.

According to a Blenheim Palace spokesperson, the toilet is worth over £1 million and police are determined to catch those behind the incident.

It’s reported that Thames Valley Police learned of the theft at 4:57 am on Saturday morning when they received a report. Thieves are said to have left the scene of the crim at around 4:50 am according to a statement posted online.

“The piece of art that has been stolen is a high-value toilet made out of gold that was on display at the palace.

“Due to the toilet being plumbed into the building, this has caused significant damage and flooding.

“The artwork has not been recovered at this time but we are conducting a thorough investigation to find it and bring those responsible to justice.”

Police are led to believe that “at least two vehicles” were used to steal the toilet. 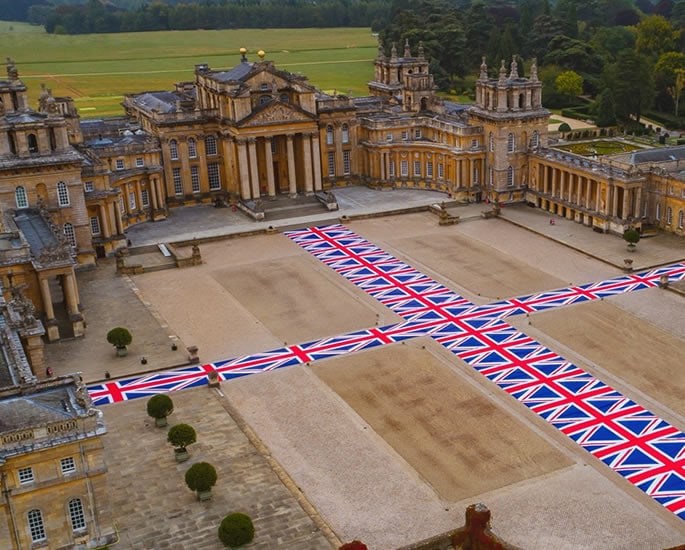 Blenheim Palace was closed to visitors until 2.00 pm and then for the rest of the day. Details were posted in a statement made on Twitter, saying:

“We can confirm there was an incident overnight which has led to Blenheim Palace being closed until 2pm today. We are working closely with Thames Valley Police and would direct any media enquiries to them at this stage.”

“The Palace will now be shut for the rest of the day.”

Police have increased their presence around the palace and are appealing for any information from the public, especially, any witnesses. 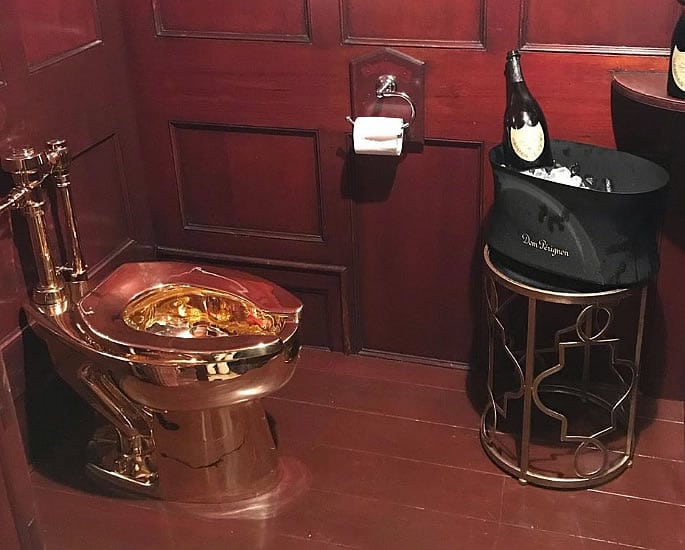 No injuries were reported during or after the incident and the spokesperson for Blenheim Palace, chief executive Dominic Hare said:

“We are saddened by this extraordinary event, but also relieved no one was hurt.

“We are very grateful to our staff and to Thames Valley Police for their rapid and brave reactions.

“We knew there was huge interest in the Maurizio Cattelan contemporary art exhibition, with many set to come and enjoy the installations.

“It’s, therefore, a great shame an item so precious has been taken, but we still have so many fascinating treasures in the Palace and the remaining items of the exhibition to share.

“The investigation continues, but it will be business as usual from tomorrow, so visitors can continue to come and experience all we have to offer.”

The toilet was installed in Blenheim Palace as part of Mr Cattelan’s first solo exhibition in 20 years and was fully functional, allowed for use by visitors as long as they stayed within three-minutes of use.

Prior to its installation, Edward Spencer-Churchill, the founder of the Blenheim Art Foundation, told The Times:

“Despite being born with a silver spoon in my mouth I have never had a s**t on a golden toilet, so I look forward to it.”

When he was asked about any security concerns, he replied:

“It’s not going to be the easiest thing to nick.

“Firstly, it’s plumbed in and secondly, a potential thief will have no idea who last used the toilet or what they ate.”

Before its installation at Winston Churchill’s birthplace, the golden toilet was displayed at New York’s Guggenheim museum in 2016 and allowed to be used with a security guard nearby.