Pensioner ‘hugged’ and has Gold Necklace stolen in Southall

A thief stole an elderly woman’s gold necklace by pretending to give her a hug. The incident happened in Southall, West London.

A pensioner had her gold necklace stolen when a thief leaned towards her and pretended to give her a hug.

The victim, aged 78, was walking on Hambrough Road, Southall when the female suspect got out of the passenger seat of a car and approached her.

The thief leaned towards the elderly woman, which made it appear as though she was putting something around her neck or hugging her.

She then pulled off the gold necklace before fleeing the scene in the same car.

Police officers are investigating the robbery and are linking it to others which have taken place across West London.

Detectives have explained that similar robberies have taken place in Harrow, Hayes and Hounslow.

Officers have said that the thief in all of the robberies is described as an Eastern European woman, of large build and around 30-years-old. 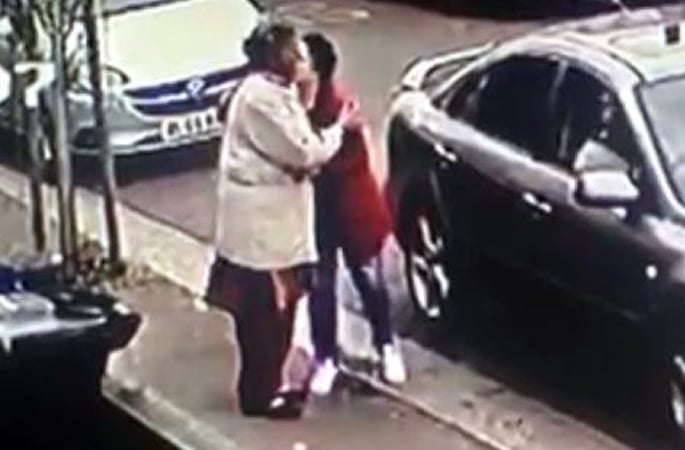 A spokesperson from the Metropolitan Police said:

“Officers believe she may be working with a number of other individuals.”

“Enquiries, including analysis of CCTV are ongoing. No arrests have been made.”

Gold jewellery robberies are quite common but it is more prominent among South Asian people.

Thieves target South Asian people and their homes because they are known to own a varied collection of gold jewellery.

While its main purpose is for weddings, gold jewellery is typically passed down generations, meaning there is a more sentimental value to them.

However, this has made them a target for thieves as they know there will be a collection stored in the home.

This has resulted in over £140 million worth of gold jewellery being stolen over the past five years. Around £115.6 million was stolen in Greater London alone.

Sanjay Kumar specialises in selling Asian gold in Southall. He knows that gold jewellery has a cultural significance within the South Asian community.

He has always advised his customers to think about how they store their gold and to get it insured.

Mr Kumar said: “People are told by their parents and grandparents ‘you must buy gold – it’s an investment, it’s lucky. It’s something that we as Asians do, so people are following the tradition and the culture.”

The police have warned people on how to reduce the risk or a robbery. The Met Police has set up Operation Nugget which is dedicated to tackling gold thieves.

It seeks to reduce the number of offences through a series of initiatives.

While gold jewellery is not worn as much by younger generations, older South Asians still maintain the culture.

However, this and the fact that gold jewellery is culturally significant, has made them prone to gold thieves.

While the police are seeking to reduce the number of robberies, South Asian people should keep their jewellery in a safe place and be vigilant of opportunistic thieves.

Dhiren is a journalism graduate with a passion for gaming, watching films and sports. He also enjoys cooking from time to time. His motto is to “Live life one day at a time.”
Jail Guard Pregnant with Inmate’s Baby accused of Robbery
Son, Mother and Sister charged with Bhavkiran Dhesi Murder