"I hope after watching this film women get inspired, say no to things that are wrong"

In Bollywood, it is rare that we see films that fuse entertainment with education.

Akshay Kumar’s forthcoming release Toilet: Ek Prem Katha, however, is one such venture that hopes to expose the dangers and risks of open defecation in India. Starring Kumar in the lead role alongside Bhumi Pednekar and Anupam Kher, the film is directed by Shree Narayan Singh.

Toilet’s plot is a tribute to India’s ‘Swachh Bharat Abhiyan’ (Clean India Movement) and is the world’s first feature film on the open defecation crisis.

It narrates the story of Keshav (Akshay Kumar), a newly married man – living in rural India, who pledges to install a toilet in his home so his wife Jaya (Bhumi Pednekar) returns.

A Bollywood Film with a Social Message 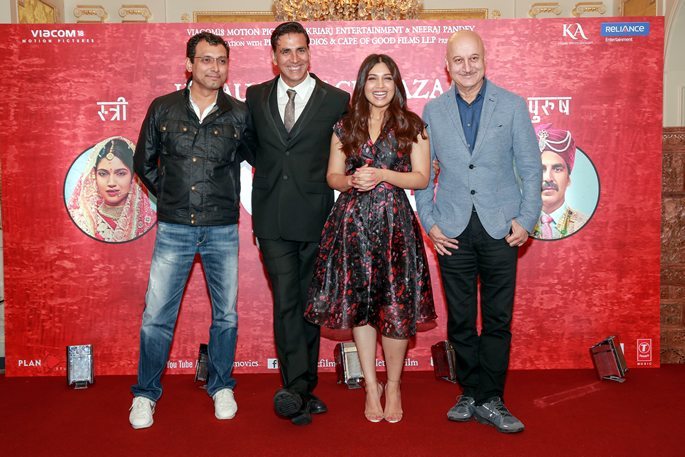 “I believe that as storytellers it is imperative that we talk about issues and things that leave an impression,” producer Neeraj Pandey explains.

“With Toilet: Ek Prem Katha, we have tried to leave an impression and leave something for the audience to talk and think about.”

At a press conference recently held in London, DESIblitz caught up with the two leading actors of the film – Akshay Kumar and Bhumi Pednekar to discuss Toilet: Ek Prem Katha and its special message in more detail.

It is clear that the actors have been very keen to promote the important message of the film. As Akshay explains to DESIblitz:

“Last year the government made around 300,000 toilets. The problem is not about infrastructure, but that people themselves don’t want to use them, because of their mind-set; they feel the freedom lies in them defecating in the open. This is a special film for me.”

It is clear that Toilet is not just a movie, but a social campaign. Indeed, Narendra Modi hopes to launch 12 million toilets in rural India by 2019. We quizzed the Toilet actor on how a film like this can help or contribute to this campaign. This what he tells DESIblitz:

“What our Prime Minister Mr Modi is doing is a small contribution. This is one of his pet projects to clean India up, so he’s happy with us making this film. This is the maximum I could do to contribute.” 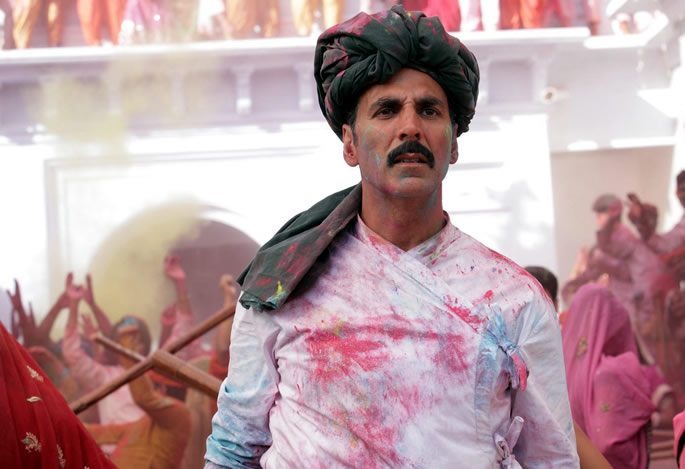 Akshay Kumar has undeniably been on a roll after winning the National Award for his phenomenal performance in Rustom.

In addition to entertaining the audience, the 49-year-old actor has been tackling many social issues through his films. For instance, his last venture Jolly LLB 2 highlighted several topics including corruption and terrorism. Most importantly, it endeavoured to expose the reality of India’s judicial system.

With Toilet, the vision gets wider, as the team brings a lesser-known subject to the forefront. While the film does carry a strong social message, the film still promises to be an entertainer. The ‘Khiladi’ tells us more:

“This film is an entertaining film. It has got a lot to do with a love story. It’s a very simple love story and it’s been long since I’ve done one. The social message talks about how 54% of Indians don’t have toilets – which is quite alarming.”

Kumar’s character Keshav is a hero like no other. He can be easily said to be revolutionary romantic!

In fact, the revolutionary is evident with the dialogue:

This conveys how the character tries to win back his love by bringing something which is very simple, yet important for our daily basic needs.

The ‘love’ in question is none other than Bhumi Pednekar, who plays Akshay’s wife in the film. 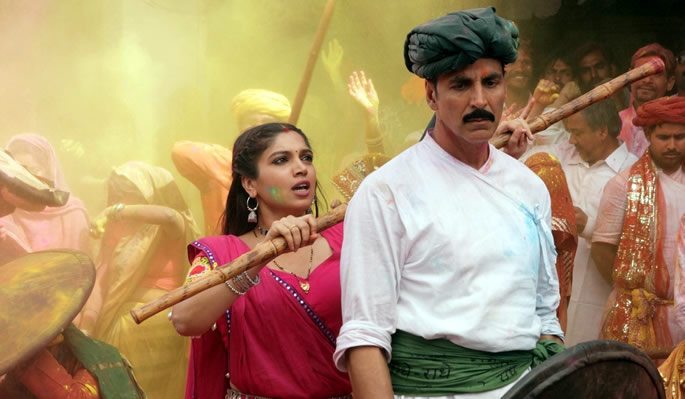 As strong as the male lead is, the female protagonist is equally strong-willed and powerful.

Since Toilet spotlights open defecation, it also raises a question on safety for women. A statement made by Pednekar at the conference establishes the film to be “the true story of millions of women in rural India who … walk a few kilometres away from their homes just to be able to relieve themselves”.

She adds: “At break of dawn or fall of dusk, these women face the risk of rape and/or kidnapping – an inconceivable threat for most of us when routinely going to the toilet.”

DESIblitz spoke to Bhumi about her feisty and dynamic character Jaya. How does she hope this role will inspire modern and independent Indian women?

“Jaya stands for any other Indian girl today,” Bhumi says.

“We have a very strong voice and opinion. We know what is good for us and we want to stand by our rights. But unfortunately, some of us are given a platform to and some aren’t. So, she (Jaya) stands for all those girls who have a voice but don’t know how to express it.”

She adds: “I really hope after watching this film they (women) get inspired, say no to things that are wrong and get the courage to stand by what they think.”

Bhumi, who is still relatively new to the industry, also mentions her rapport with her co-star Akshay Kumar:

“It was fantastic! He (Akshay Kumar) is such a great example for someone like me, it’s only my second-film. He’s so dedicated and professional. He has blinders on when on set, but at the same time he is so easy to work with and does not try to intimidate you.”

Most will agree that Pednekar is one of the finest talents to be nurtured by Yash Raj Films. She made an impressive debut with the film Dum Laga Ke Haisha (DLKH) opposite Ayushmann Khurrana.

Additionally, her weight-loss story is also inspiring. Discussing her fitness journey, she says:

“It was definitely tough (laughs). I had to knock it (the weight off) and come back to being Bhumi again. I had played a character and so was done with it. It was difficult, but gaining the weight was equally tough. Through that process, I learnt that my will-power is very strong and I just want to thank everybody for showering so much love.”

Listen to our special Gupshup with Akshay Kumar and Bhumi Pednekar here:

Overall, Toilet promises to be another historic and revolutionary film for India. It seems to encompass humour as well as the power to spark a change the function of Indian society.

As Anupam Kher says in the trailer: “If you change nothing, nothing will change,” – one hopes that this film will certainly be pathbreaking.”

DESIblitz wishes Akshay Kumar, Bhumi Pednekar and the team of Toilet: Ek Prem Katha all the best for their noble vision!

Anuj is a journalism graduate. His passion is in Film, Television, dancing, acting and presenting. His ambition is to become a movie critic and host his own talk show. His motto is: "Believe you can and you're halfway there."
Japan launches ‘Om Shanti Om’ Musical with Farah Khan
Anil and Arjun Kapoor deliver Double Dose of Comedy in Mubarakan