Anil proves that comedy is best done with style and subtlety

Bollywood comedy Mubarakan is directed by Anees Bazmee, the maker of successful laugh-riots like No Entry, Welcome, Singh Is Kinng and Ready.

Female leads, Ileana D’Cruz and Athiya Shetty, promise to enhance the glitz and glamour quotient of the movie.

So, how good is this comedy of errors? DESIblitz reviews Mubarakan!

Identical twin brothers Karan and Charan (Arjun Kapoor) rely on their eccentric uncle Kartar Singh (Anil Kapoor) for help to make sure that they each marry the women they love. But of course, this is an Anees Bazmee movie and nothing is ever as easy as that!

Bollywood comedy films are often dismissed critically. Comedies are generally considered to be childish, larger-than-life and quite far-fetched. 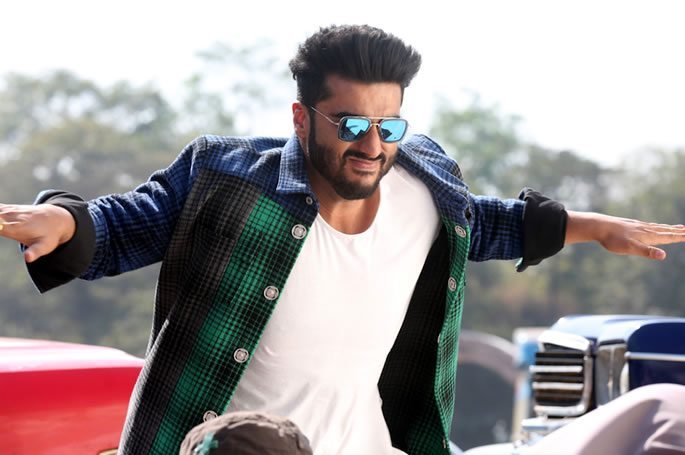 We have also seen many comedy flicks in which the lead male characters are twins. From Ram and Shyam to Judwaa – this idea has been done to death.

Luckily for Mubarakan, the setting and characters make the film seem fresh. In fact, the comic punches, one-liners and gags are pretty decent.

For instance, word plays on ‘Mel-milaap’ as ‘male-milaap’ is funny to watch. Furthermore, the fact that Kartar has a ‘white sardar’ who speaks Punjabi is also quite unique.

Besides the script, the performances are also well enacted by the lead and supporting cast.

To begin with, Arjun Kapoor features in a double-role after Aurangzeb. Of course, the degree of seriousness is completely different in this film, but Arjun delivers a convincing performance as Karan and Charan. 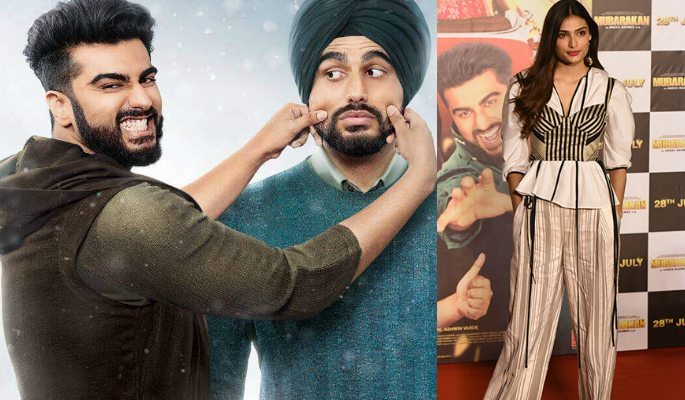 Karan, on one hand, is the free-spirited cool dude. Whereas Charan, as expected, is the obedient boy-next-door. Whilst this distinction between both twins is evident in films like Seeta Aur Geeta, we’ve not really seen one of the twins as a Sardarji – so that is different.

Coming back to Arjun’s acting – he does well. The best thing about him is the fact that he does not try too hard to be funny. His comic-timing comes more naturally. But of course, there is always room for improvement!

Anil Kapoor is first-rate. One remembers his initial Sardarji character in Biwi No.1 – in which he was also excellent. Here, Anil proves that comedy is best done with style and subtlety. Whether it’s speaking in a British accent or explaining a situation using food items and objects, Anil is loveable as Kartar Singh.

Anil Kapoor’s chemistry with real life nephew Arjun is also delightful to watch. It seems quite natural. Moreover, his energy during the dance sequences is electric. Undoubtedly, this is one of the most entertaining Chacha-Bhatija relationships depicted on screen!

Ileana D’Cruz performs her part as Sweety with energy. She impressed us in 2016 in the thriller Rustom, and she also does well in Mubarakan. 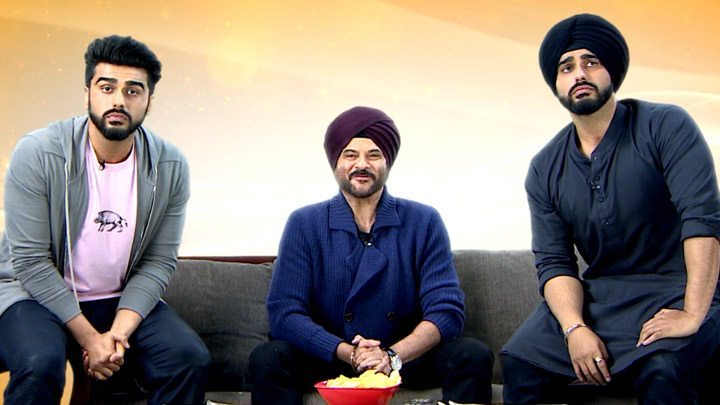 The other leading lady, Athiya Shetty, however, is hardly in the film. She looks irresistibly beautiful as Binkle and emotes well. However, she is not seen much in the film – which is a shame really.

Whilst the performances of the main cast are decent, the film packs a solid supporting cast.

Ratna and Pawan know very well how to balance humour with seriousness. You can tell that they are experienced actors as they transition from one emotion to another with such ease. They truly are the power-packs of Mubarakan.

Who else stands out from the supporting cast/special appearances is Karan Kundra as Manpreet. He has a good screen-presence and looks incredibly handsome. He definitely has the perfect qualities for a full-fledged Bollywood hero. 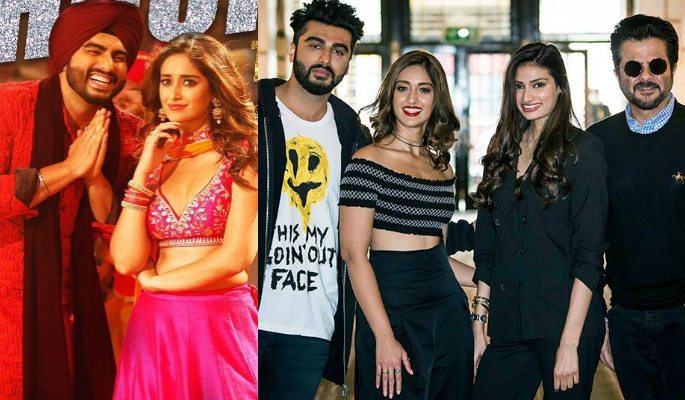 Neha Sharma is delightful as Nafisa Ali Khan. To be honest, she has a bigger role than Athiya!

The soundtrack is incredibly foot-tapping. Tracks like ‘The Goggle Song,’ ‘Hawa Hawa’ and ‘Mubarakan Title Song’ are quite addictive and the listener enjoys it more after the credits roll. But the song ‘Haathon Mein Thhe Haath’ was not really required. Overall, however, the album is a musical treat.

As well as the positives, there are also a few negative points. The plot keeps jumping from Punjab to London – which seems a little erratic. In a film like Mubarakan, which introduces so many characters, it initially takes time to work out who is who.

Another weak point is that the second half drags slightly. In particular, it takes a while for the film to reach its climax. Nonetheless, there are plenty of laughable moments to keep the audience entertained.

So, is the narrative larger-than-life? Yes. Is it crazy? Yes. But is it irritating? No. There are definitely many moments that will make you laugh non-stop.

Mubarakan can be easily coined as ‘Paisa Vasool.’ Unlike some recent Bollywood comedies, this is not just plain idiotic and dim-witted.

This Anees Bazmee rib-tickler offers some genuine laughs that be enjoyed with family. So “my boy” (as Anil says in the film) go and enjoy!

Anuj is a journalism graduate. His passion is in Film, Television, dancing, acting and presenting. His ambition is to become a movie critic and host his own talk show. His motto is: "Believe you can and you're halfway there."
Akshay Kumar is a Revolutionary Hero in Toilet: Ek Prem Katha
12 Iconic On-Screen Bollywood Couples