Anil Gupta is the comedy genius behind hit shows like Goodness Gracious Me, The Kumars at No. 42 and Citizen Khan. In an exclusive Gupshup, Anil talks more about writing for TV and making people laugh.

“It’s such a subjective thing, comedy. There are so many things that can go wrong with it."

Writer and producer Anil Gupta is lauded as being a key instigator in bringing comedy with a British Asian twist to mainstream television.

His achievements over the last two decades have been immense, and shows such as Goodness Gracious Me, The Kumars at No. 42 and Citizen Khan, are just some of his most notable highlights.

In an exclusive Gupshup with DESIblitz, Anil however admits that despite his impressive TV credits, a career in media production was more of an afterthought once he had finished university, rather than a childhood dream:

“I didn’t really have any plan, or any idea especially of what I wanted to do. I decided that maybe I’d like to work in TV, purely based on the fact that I watched a lot,” Anil tells us. 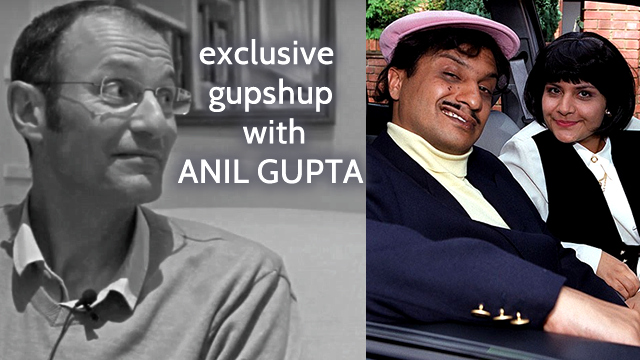 Having no contacts or specific knowledge of the TV world, it was 18 months before Anil was hired as a runner on the popular satirical show, Spitting Image. This, Anil says, was a turning point:

Anil adds that reading the show’s scripts inspired him to write his own sketches, which he then showed to his producer. From there his career blossomed.

Undoubtedly, Gupta’s most iconic TV credit is the very memorable Goodness Gracious Me. 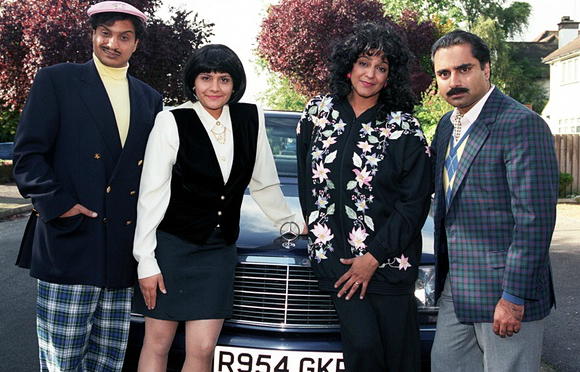 The sketch comedy was originally aired on BBC Radio 4 before making its way onto TV screens in 1998. There it enjoyed three successful seasons and numerous specials and spin-offs.

It offered Asian viewers a chance to see themselves and their families inside their TV sets and allow them to laugh at themselves.

As a producer and writer for the show, some of Gupta’s most memorable scenes include the competitive mothers with their catchphrase, ‘Yes, but how big is his danda?’, and the cringe-worthy serial dater who always ends his unsuccessful female encounters with, ‘Check, please!’

Perhaps one of the most poignant scenes was ‘Going for an English’, taking the British stereotype of Indian food and culture and turning it on its head. 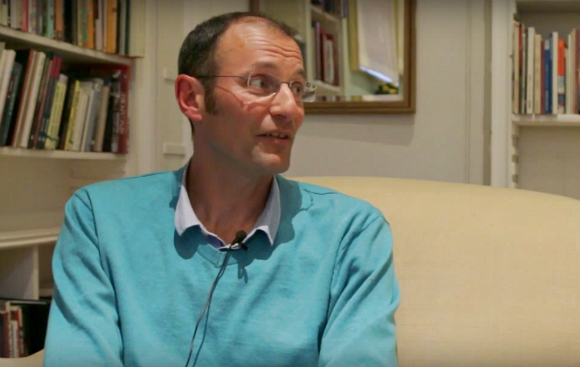 It is clear that Anil Gupta has a unique creative quality that allows him to mix comic satire with the quintessential British Asian experience.

Even some of his more recent outings like Citizen Khan showcase his ability to write Asian comedy, while also successfully writing non-Asian comedy for hit shows like The Office.

And this reflects his own identity and upbringing, as half-Indian, and a non-traditional Asian who can views both cultures independently.

By doing so, Anil has been able to challenge the stereotypes that individuals place on others, both in a British context and Asian one:

“It’s a weird thing about we tend to perceive the world and how we pigeonhole things and people. Even as a half-Indian person, I am the wrong colour.”

But while many of his spoofs and role reversals appear to be a cleverly constructed commentary on how Asians (and indeed, any culture) perceive themselves, Anil has admitted that his only intention has been to create funny shows for TV.

Aside from the ethnic minority element, comedy has always remained at the forefront of Anil’s mind; and with it the simple ability to make people laugh. Any other outcome is simply a happy coincidence:

“Fundamentally, these things are about universal human traits. Families are families, what doesn’t change is that a dad is a dad, a mum is a mum, and a kid is a kid.” 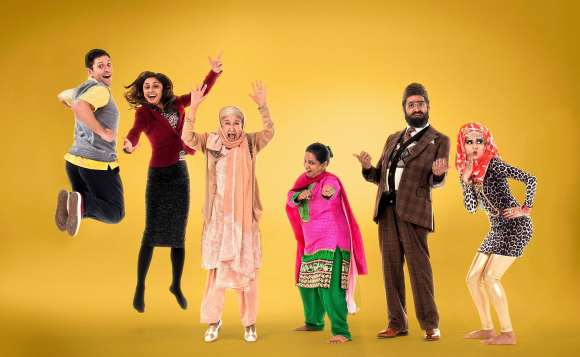 He adds: “It’s such a subjective thing, comedy. There are so many things that can go wrong with it and mess it up.

“I mean it’s incredibly fragile yet powerful at the same time.”

Without a doubt, Anil Gupta is one of the few individuals responsible for bringing Asian comedy to our TV screens.

Doing so, he has paved a way for future generations of Asian comedy writers to expand their craft.

And this is why Anil encourages upcoming Asian talents to be really passionate about comedy:

“You have to have it in you. It has to be something driving within you that says, ‘This has got to come out, this is the thing that I have to have’.

“You have to have that need to make people laugh.”