Dharmander Singh talks Comedy and being a Brummie in Berlin

British Asian stand-up comedian Dharmander Singh talks comedy and being a Desi “Brummie in Berlin” ahead of his live show at the Birmingham Comedy Festival.

"I think we were one of only two Asian families in the area, hence I learnt how to run real fast and tell jokes."

Birmingham-born Dharmander Singh has gone international with his stand-up comedy. A regular performer on the Berlin comedy circuit, Singh will return to the UK for the Birmingham Comedy Festival on Wednesday 11th October 2017.

Joining other great acts at the mac in Birmingham, the hilarious talent will entertain audiences with his brilliant show, ‘From Bollywood and Birmingham to Berlin and Brexit’.

During his years of experience making audiences chuckle both at home and abroad, Dharmander Singh has certainly seen a lot.

Drawing on observations from living in Germany, to his Brit-Asian roots, Singh regularly touches on culture clashes and his Desi identity.

‘From Bollywood and Birmingham to Berlin and Brexit’ guarantees some fascinating insights. He discusses everything from his fresh perspective on Brexit to an intriguing explanation of his inability to speak German.

He will bring his unique and hilarious observations on his famous Bollywood namesake, plus his colourful childhood in 70s Birmingham.

But before the excitement at Birmingham Comedy Festival begins, DESIblitz chats especially to this “brown Brummie in Berlin”. Dharmander Singh tells us more about his journey into comedy and doing stand-up overseas.

Tell us about your childhood. Do you have any notable ambitions or funny stories from growing up?

I was born in Birmingham and grew up in Acocks Green. I think we were one of only two Asian families in the area. Hence I learnt how to run real fast and tell jokes.

I always knew I wanted to be a performer since an early age and would always try and be in the school plays. My big break at school was when I got the role of Ram in Ram and Sita, it was only because I was the only brown kid in my class mind. 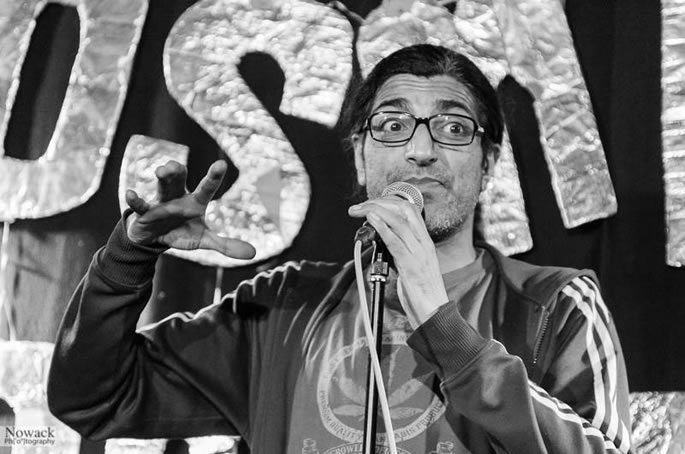 Do your family support your career?

I am the second youngest of five kids and had a pretty liberal upbringing. I come from a Sikh background that I talk about in the show, I feel it influenced me in many ways to do with respecting others and things like that.

My immediate family have been very supportive of my career choice as I started doing theatre at a young age.

I did have an older cousin once tell me that acting was for white people and I should get a job in his shop when I was a teenager. Obviously, he wanted me to work for free for the first month. I politely declined.

How did you get into stand-up comedy?

I had no interest in doing stand-up even though I had been doing some form of it in certain plays. E.g. funny monologues and interacting with the audience for years.

I was eventually badgered into going on a comedy course specifically to encourage South Asian people into getting into comedy and I was hooked.

When and where did you do your first comedy act? How was it?

Like I said, I feel I had been doing varying forms of stand up for a while in my theatre performances. But my first proper stand-up set was around 2005 as part of the showcase for the course.

I ended up opening and closing the show as I had so much material. My sets went really well which then really got me hooked on the buzz of making a crowd laugh.

How well do audiences receive your act? Any odd stories to share?

I generally have really good responses as my stage act and material is quite upbeat and friendly.

Saying that having done comedy for so long, I do have stories of being booed off stage, bottled off stage as well as one time in Leicester when a group of guys wanted to beat me up for swearing in Punjabi in front of Asian women.

Your act is about being Indian and the reaction of Germans to you being English. How did you come up with the concept?

“Most of my comedy comes from the truth, from real situations that have happened and then I have embellished or exaggerated to make them funnier.”

I feel that is why a lot of people have really connected to my show, and not just Asian people.

At Edinburgh Festival, a lot of times my audience consisted of older white people, who also connected with the ideas of identity and also how attitudes and ideas about race have changed. 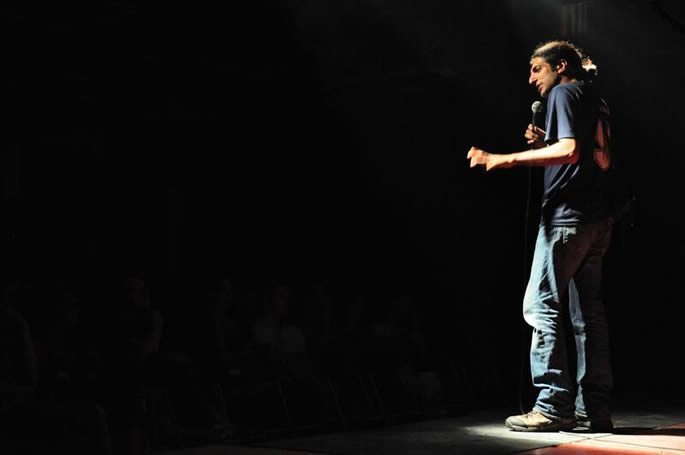 Have you performed in Germany? If so, where and how was the reaction?

I have been performing in Germany for nearly ten years now, I feel I get different reactions in different parts of the country (very much like in the U.K).

I mainly do my comedy in Berlin, which is very multicultural and has a high number of English speaking Germans. My material is generally very well received as I try and make it relevant for Germans as well as non-Germans.

They really love Bollywood over here, it really surprised me, so sometimes I do “Indian” it up. I also co-run a comedy club called Cosmic Comedy here in Berlin so I am on stage at least three to four nights a week.

What are your views on comedy and racial stereotyping? Is it good angle for jokes?

I think it depends [on] how it is done. I believe there is always a seed of truth in most stereotypes and as long as it is funny and has truth to it, then anything goes.

Obviously, if it is a white comic doing a whole set about stereotypes about Asian people, it can get a bit dodgy and vice versa. I play a lot with stereotypes about Germans and they love it as it’s more cheeky than mean.

Are there any jokes you would not do?

I think different jokes have a different time and place. Obviously, I am not going to do risky jokes about sex or religion at a corporate or community event where there are families.

But I do feel that if it’s funny and there is a truth to the joke, then there is no limit to what you should say.

My main rule for a joke is, is it funny? Yes? Then it’s okay.

Why do you think Asians are not in comedy as much as they should be?

I think it’s a great time for Asian comics at the moment. You have a lot of comics who you actually see on the TV so that is something for new acts to aspire to and see that they can make it.

When I started, I think I knew of four other Asian comics on the UK scene. I think promoters also are more open and understand that their audiences will be interested in what an Asian comic has to say. So that is more encouraging.

“I actually had a promoter tell me that he couldn’t book me, as his audience won’t be into what I have to say as they are not Asian when I first started – that was extremely discouraging as a new act.”

Also sometimes you may talk about sensitive, truthful stuff in your act. I had a comic mate who is Asian, who used to freak out when he saw another Asian in the audience. As he hadn’t told his parents he was doing comedy and was scared it would get back to them. 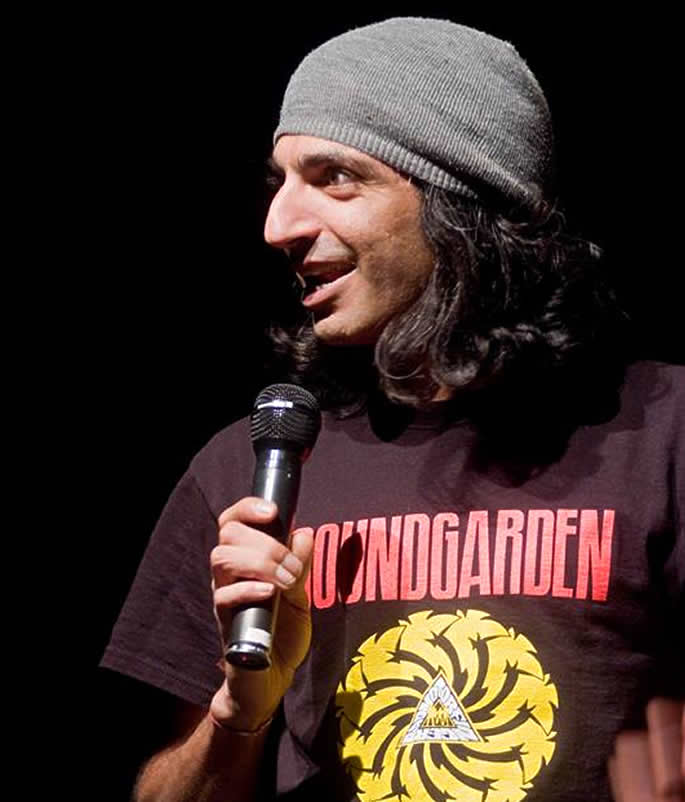 What would you say to budding young Asian comedians?

Take your time and find your voice and style. Don’t do comedy if you just want to be rich and famous from it overnight as you will be disappointed.

Listen to advice, but make your own mind up. Have a thick skin and most importantly enjoy it. I feel it is a privilege to stand in front of a crowd of strangers every other night and to make them laugh.

To basically keep doing what I am doing with my comedy and Cosmic Comedy. I want the club to go six nights a week and want to visit more countries and Comedy Festivals.

I never thought that I would really one day be able to support myself from entertaining people. And doing what I love doing.

I want to take my solo show to more countries and have more people see it. As I feel people are really connecting with what I have to say and more importantly, they are laughing. 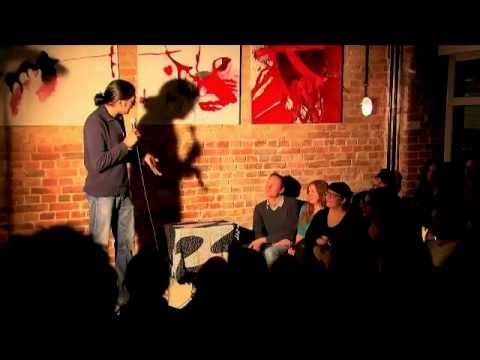 Following his Edinburgh Festival Fringe success, Dharmander Singh’s comedy clearly resonates with people from a variety of backgrounds. And it’s not difficult to see why thanks to his upbeat and positive attitude.

Dharmander Singh will have the crowds laughing at Birmingham Comedy Festival too.

With such an interesting life story, Singh promises to be an exciting addition to the festival’s line up. Everyone from lifelong Birmingham residents to aspiring comedians are sure to find something to enjoy in the show.

The festival runs from 6th-15th October 2017 and features other big names like Impractical Jokers.

An English and French graduate, Daljinder likes travelling, wandering around museums with headphones and getting over-invested in a TV show. She loves Rupi Kaur’s poem: “If you were born with the weakness to fall you were born with the strength to rise."
Sri Lankan Man caught Smuggling 2lb Gold inside Rectum
The Asian Media Awards 2017 Finalists