Laugh out loud with Anil Kapoor, Aishwarya Rai Bachchan and Rajkumar Rao’s new comedy film, ‘Fanney Khan’. A film that sets out to put the body shamers to shame.

"Your waistline is not a measurement of your life.”

Expected to be a dazzling hit, Fanney Khan (2018) follows the story of a father attempting to make his daughter the superstar he wished to be.

Fanney Khan is a remake of the Academy-Award nominated Belgian comedy, Everybody’s Famous (2000).

It stars Anil Kapoor as the titular character, who will be reuniting with Aishwarya Rai Bachchan for the first time since Hamara Dil Aapke Paas Hai (2000).

Also starring in the film is Love Sonia actor, Rajkummar Rao who will be playing Aishwarya’s romantic interest.

Directed by debutant, Atul Manjrekar, this could be a great first impression of the new director. 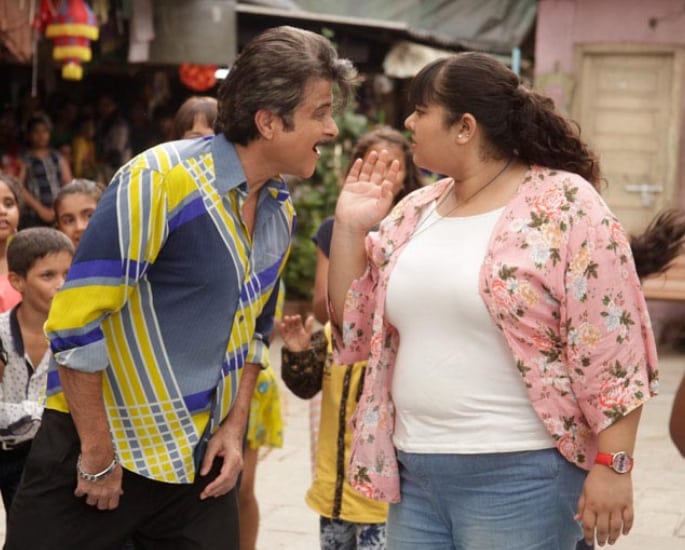 The film aims to stomp on body shamers, proving society’s standards of beauty isn’t everything.

Fanney Khan was a talented musician in an orchestra, providing his vocal talents. His dreams of becoming a superstar were cut short due to circumstances.

Years later, he now hopes to realise his dream through his daughter, aspiring singer, Lata Sharma (Pihu Sand). Unfortunately, Lata would be constantly humiliated at talent shows due to her size and begins to worry she will not make it in the music industry.

In a last-ditch effort to make his daughter a superstar, Khan and Adhir (Rajkumar Rao), kidnap the famous singer, Baby Singh (Aishwarya Rai Bachchan) with the demand that Lata is heard.

Audiences are looking forward to the cute and goofy romance that blooms between Adhir and Baby Singh. Glimpses are seen in the video song ‘Halka Halka‘.

“My whole romantic side with Aishwarya was really fun. It was great. 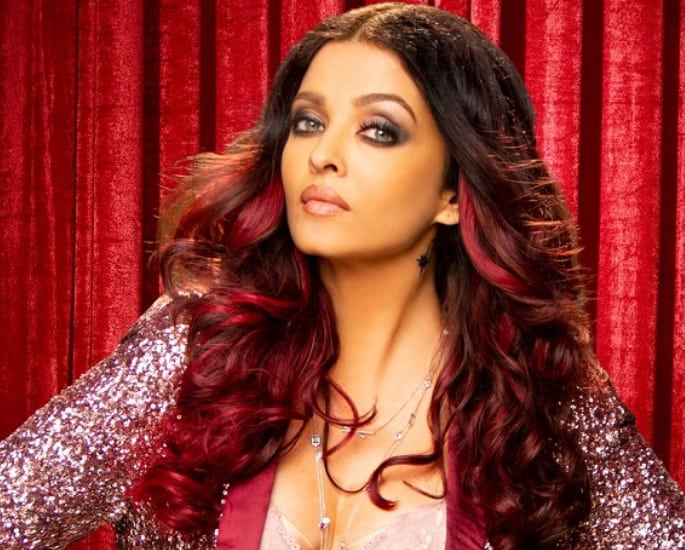 The film’s ultimate goal is about body positivity. Lata is often setback by bullies whilst trying to achieve stardom; very reflective of today’s society, especially with public figures.

With social media taking over, pressures of body image has multiplied. Many people feel they must look a particular way in order to be deemed attractive, to be taken seriously and to fit in.

Not only that but with social media comes internet trolls. Cyberbullies feed off of this ideal and prey on the ones whose looks may not meet society’s standards.

Discussing the film with Vogue India, Anil Kapoor relates Fanney Khan to when daughter, Sonam was getting her feet wet in the industry.

“No girl, indeed no person, regardless of who they are, should ever be body shamed or trolled.

“As a parent, on- and off-screen, I have always encouraged my kids to be comfortable in their own bodies and to be happy with who they are.”

“Your waistline is not a measurement of your life.”

When asked about including more actors who are “not a size zero”, Kapoor responded:

“I think we need more films that don’t talk about the size of a person as a matter of any consequence at all!

“We need to shift the focus to personality and deeds, not shape and form.”

A Soundtrack of Powerhouses 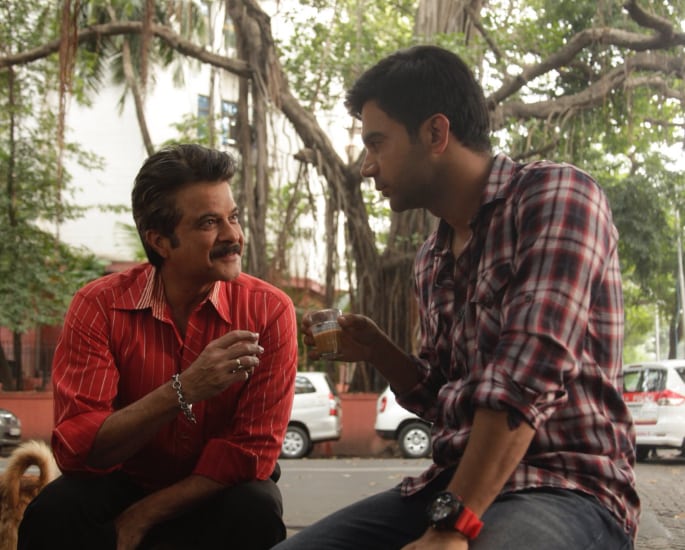 The soundtrack features Amit Trivedi as the composer and a singer. Other artists include Sunidhi Chauhan, Monali Thakur, Sonu Nigam and Divya Kumar who turn this film into a concert.

The first song, ‘Mohabbat’, introduces Baby Singh where she lights up the stage with this feel-good Sunidhi song. This EDM song will elevate your spirits with its catchy chorus and infectious beat.

The film features a rework of Nusrat Fateh Ali Khan’s ‘Ye Jo Halka Halka’. A duet by Sunidhi Chauhan and Divya Kumar, the classic has been remade into an electronic pop style song.

Amit Trivedi has been known to rehash the Pakistani Qawali singer’s other works such as ‘Mere Rashke Kamar’ for Baadshaho and ‘Sanu Ik Pal’ for Raid.

A Sonu Nigam remake of ‘Badan Pe Sitare’ by Mohammad Rafi from the film, Prince, is included in the film which is interpreted by Fanney Khan. Fun, funky and nostalgic, the song does justice to the original. 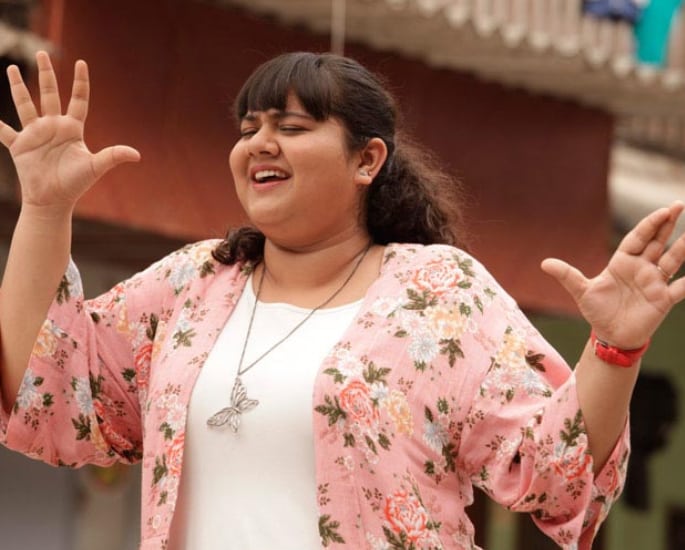 Bollywood fans have been anxious to see this film for quite some time after the release date was pushed back. Audiences have high hopes for this talented lineup. Here’s what the Twitterverse had to say:

@vatsanarayan adores the chemistry between Aishwarya and Rajkummar as she tweeted:

“The most pleasant surprise in #FanneyKhanTrailer is the chemistry bw [between] @RajkummarRao and Aish. Charming! They deserve an intense romance film. P.s: Ash looks divine here!”

The most pleasant surprise in #FanneyKhanTrailer is the chemistry bw @RajkummarRao and Aish. Charming! They deserve an intense romance film.
P.s: Ash looks divine here! pic.twitter.com/FEay6uC1sC

“Fanney Khan looks real and relatable to most of the souls. So, trailer is a winner and the presence of Anil Kapoor, Aishwarya and Rajkumar Rao makes it more special. Kudos to team!!”

Fanney Khan looks real and relatable to most of the souls. So, trailer is a winner and presence of Anil Kapoor, Aishwarya & Rajkumar Rao makes it more special.
Kudos to team!!#FanneyKhanTrailer #FanneyKhan #Bollywood #Amazing #Brilliant

“I like the trailer. Has a very happy, light feel to it. And the casting seems perfect. The newcomer girl [Pihu Sand] seems like a good actor too.#FanneyKhanTrailer”

I like the trailer.
Has a very happy, light feel to it.
And the casting seems perfect.
The newcomer girl seems like a good actor too.#FanneyKhanTrailer

Watch the Trailer for Fanney Khan: 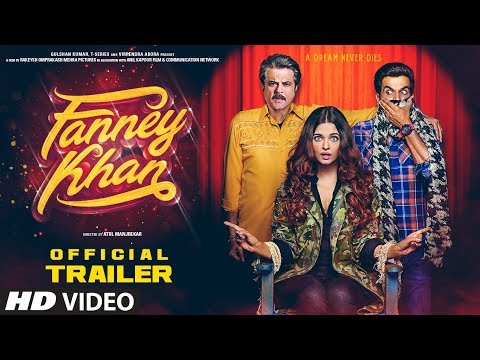 Expect lots of laughter and drama, Fanney Khan will be a film to not miss!

Anil Kapoor, along with Madhuri Dixit and Ajay Devgn will join to the Dhamaal franchise in December 2018 with Total Dhamaal. Another upcoming comedy to look out for.

As for Aishwarya, she is preparing for the Raat Aur Din (1967) remake in which she will play a woman with a dissociative identity disorder.

The role was played by Nargis in the original. Ash will also be reuniting on the silver screen with husband Abhishek for the first time as a married couple in Gulab Jamun.

Meanwhile, Rajkummar Rao has a busy schedule ahead of him with 7 films to be released from after Fanney Khan to the beginning of 2019.

Plenty of films to look forward to from this amazing cast!

Jakir is currently studying BA (Hons) Games and Entertainment Design. He is a film geek and has an interest in representations in Films and TV dramas. The cinema is his sanctuary. His motto: “Don’t fit the mould. Break it.”
Katrina Kaif no longer Leading Lady in Bharat?
Is Sidharth Malhotra dating Kiara Advani after Alia Bhatt?