Chant of a Million Women: Poetry Collection by Shirani Rajapakse

Shirani Rajapakse’s Chant of a Million Women gives a voice to women of all backgrounds. DESIblitz explores its main themes as we share their experiences.

For Rajapakse, it’s finally time to explore the real-life women behind the beautiful muses in the arts.

There may not be a million women’s stories told in Shirani Rajapakse’s Chant of a Million Women, but Rajapakse deftly and believably recounts a great deal in her poetry collection.

The internationally-published and award-winning author and poet has a clear talent for channelling a diverse range of perspectives to explore identity, values and women’s role in society.

The language may be straightforward, but the task of capturing the voices of women from all walks of life is anything but.

From young and old, lifeless statues to Marie Antoinette, we see women working, weeping, lusting, loving and longing. Some stories bring us sadness while in others we share their joy.

Indeed, Shirani Rajapakse encourages the reader to step into these worlds. DESIblitz takes a closer look at the key themes and poems in Shirani Rajapakse’s Chant of a Million Women and joins her in exploring the sometimes similar, sometimes opposing worlds of women.

Speaking Up After Centuries of Silence

Chant of a Million Women feels fresh and different for immediately critiquing and subverting the male gaze.

For centuries, male poets have written about women, admired them, loved them all while they remain voiceless. Nevertheless, Rajapakse speedily positions Chant of a Million Women as a poetry collection with a difference.

Its opening poem ‘At the Side of the Old Mandir’ has a persona address a female statue. It partly serves as a necessary acknowledgement of South Asian culture’s equating women as goddesses while not granting them equality.

At the same time, it provides a thought-provoking introduction to the collection. In the poem’s final lines, the persona asks who the statue was and what was her fate before ending:

“Who was the man that yearned for you so/he cast you in stone in remembrance/to watch over the years/and give hope to/a multitude of desperate souls?”

This isn’t a collection against men. After all, this poem gifts some sympathy for the impoverished “lonely men”, who caresses the statue of a female goddess. They appear trapped in the same cycle as the sculptor to associate desire with the physical female form.

But ultimately, the “proud”, nonchalant and distant statue is based on a real woman. For Rajapakse, it’s finally time to explore the real-life women behind the beautiful muses in the arts. 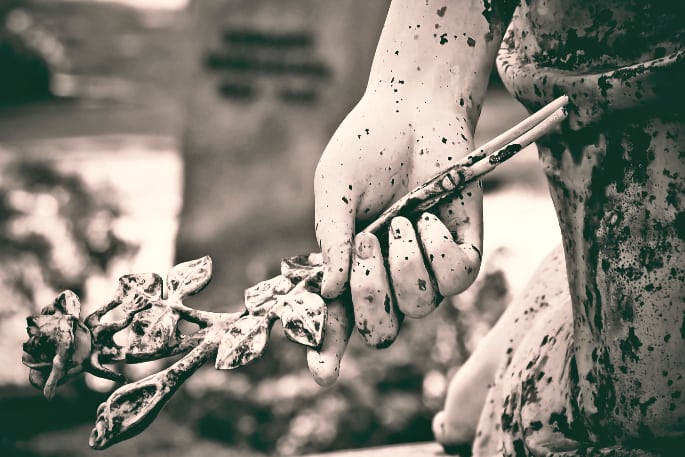 The Abuse of Women

Women’s suffering, especially from sexual abuse is an unavoidable part of exploring women’s place in society.

One of the key poems in this collection is ‘On The Way Home’, an example of Rajapakse’s knack for punchy titles that immediately evoke associations and memories, particularly for female readers.

Within a few lines, it is quickly apparent that this poem references the 2012 Delhi gang rape of Jyoti Singh. But Shirani Rajapakse subtly explores how society normalises the abuse of women as the opening stanza reads:

“They made a movie on a bus/riding around town./No one heard the songs, or saw/the dances. The action stars were new.”

Some will feel this critiques Bollywood’s depiction of women, particularly when describing “Nirbhaya” as protesting “like all heroines do”.

Rajapakse makes us ponder the consequences of Bollywood’s thorny relationship with consent and the idea of ‘eve-teasing’.

Yet, she cleverly balances her ability to shock without being overly graphic as she describes the “curtains drawn while the engine/kept time to the sounds inside”.

Some may be ignorant of her film references and skim over them. But this subtle use of the senses almost forces a rereading to clarify the meaning and inadvertently experience this image.

Most importantly, however, the poet doesn’t superficially engage with the news story. Rather, she alludes to how the case quickly became a media spectacle without creating change.

Delhi may have “rose in/wrath to demand a ban on the script’s repeat”, but by appealing to “old men” working in the same “colonial walls” of the film and media industry, “another/leaf fell silently to the ground”.

This is undoubtedly a bleak poem but confronts a key issue of needing to increase the presence of women in harmful institutions and dismantle them from the inside.

In fact, by creating this collection, Shirani Rajapakse helps to dismantle the similarly patriarchal industry of literature and poetry. 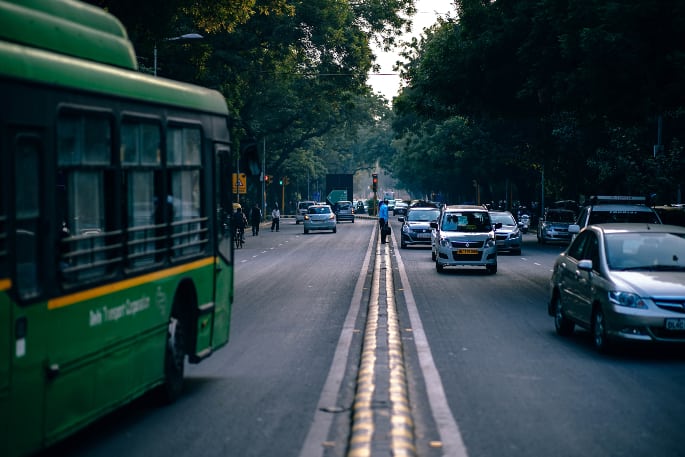 The Female Body as a Commodity

Naturally, the sexual abuse of women positions the female body as an object for men’s pleasure.

Nevertheless, a strength of Rajapakse’s work is interrogating themes from multiple angles and as thoroughly as possible.

‘On The Cheap Side of Town’ powerfully explores both the physical cost of sex work with physically abusive clients. Simultaneously it finishes on the affecting note that this particular sex worker took on the “game […] to save the rest”. Yet she can never visit home for the “shame/she carries inside her heart”.

She may repeatedly remind herself that it’s just a job and wear her makeup like warpaint. Yet, this poem shows the emotional cost of physical abuse of the female body.

On the other hand, Shirani Rajapakse also gives some of her poems a more concrete time and place rather than leaving them in a universal space.

Of course, this poem is vital as a reminder of other physical strains on the female body. Immediately the poem begins “sweat/streams down her cheeks” and “the machine throbs in her head”.

Above all, the poem is a crucial reminder that this collection is important for Western readers to appreciate the full experience of women. However, it encourages all to be conscious that reading this work doesn’t change the experience of women like the seamstress.

As mentioned, Chant of a Million Women has a variety of poems and not all are as hard-hitting.

There’s the repeated idea of marking, claiming and owning through vivid descriptions of the persona drinking their lover in and staining their white shirt.

Shirani Rajapakse shows that she’s not only a poet that takes on weighty matters but has fun with language. ‘Colonized’ is an experience to read aloud as it slips from the mouth with flowing sibilance before short punchy one-word sentences and repetition emphasise grouped actions.

In fact, the sense of the object and buyer reverses the usual association between the male and predatorial gaze.

In contrast to the usual lack of awareness on the part of the desired object, the persona crucially highlights their complicity. Instead, it’s clear that the object “didn’t seem to mind” if even others witnessed them being “captured, acquired, taken”.

At the same time, Rajapakse gives equal weight to the most relatable experiences: unexpected heartbreak.

‘At The Café’ takes the hackneyed line: “it’s not you, it’s me” while playing the comparison of a fulfilling relationship fizzling out like a cup of coffee turning “sour”.

She similarly demonstrates her aptitude for conjuring evocative metaphors in ‘Misunderstanding’. Self-doubt plagues two lovers waiting beside the phone for the other to call, causing them to imagine infidelity. Because of this, “life drifts past/like trains in the dark”.

Chant of a Million Women excellently taps into the full range of the human experience. Even how we sabotage ourselves. 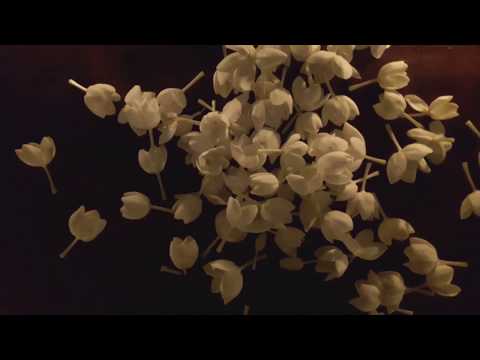 A Chant of a Million Women

However, when discussing the collection, it’s key to mention the eponymous poem ‘Chant of a Million Women’.

It exemplifies the collection’s aim of drawing on the whole expanse of the human and female experience.

While directly addressing the reader, the persona or personas show the collection to serve as an almost religious chant. With the fierce reminder, “my body is my temple”, their instructions to “enter with reverence” seem to apply to the book as a whole.

After all, this poem subtly mentions many of the main themes including sexual desire, religion, home, freedom, commodification and war.

This signals a way to treat the ‘body’ of work as a whole. When reading the poems, we’re entering the equally important minds of women.

We’re privileged to read their hidden thoughts, deepest secrets and most terrible experiences.

Accordingly, we can’t treat the book as “a transit lounge/to while away the hours until/your next flight to fantasy/seeking greener pastures”.

Chant of a Million Women should be read fully and respectfully as too often the thoughts of women don’t receive this treatment at all. 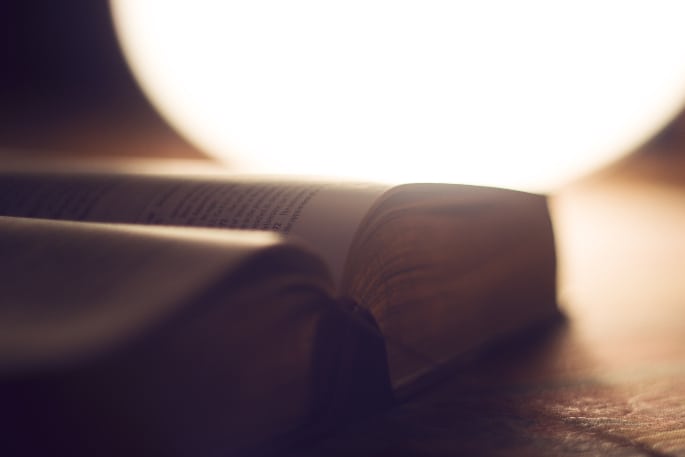 Shirani Rajapakse provides a captivating insight into all corners of the female psyche. All women, from queens to the ordinary woman are vividly present in her pages.

Indeed, Rajapakse provides a very coherent and full collection with many recurrent themes thoughtfully contrasting and complementing each other.

However, most importantly, not one voice appears more highly or lowly than another. They stand as equals, speaking to the reader in unison and creating a powerful chant as one.

An English and French graduate, Daljinder likes travelling, wandering around museums with headphones and getting over-invested in a TV show. She loves Rupi Kaur’s poem: “If you were born with the weakness to fall you were born with the strength to rise."
5 Incredibly Talented Women Artists from India
Should Indian Artists be Paid a Royalty?