Rooh by Rupinder Kaur: Breaking the Rules of Poetry

Birmingham’s own Rupinder Kaur breaks the rules of poetry in her upcoming book, Rooh. We catch up with her to find out more about her new book.

“It’s important to include my identity. If I don’t, who will?"

British Panjabi poet Rupinder Kaur is showcasing her first poetry collection, Rooh, which is set to be released on Thursday, September 27, 2018.

The Biomedical Science student documents her daily musings through her social media pages, garnering a following of over 13,000.

She is one of few writers who wades into politics, social stigmas, gender and identity within her poetry, making her a controversial yet much needed online figure.

DESIblitz catches up with the vivacious poet, as she reveals her motives behind the book, her inspirations and more. 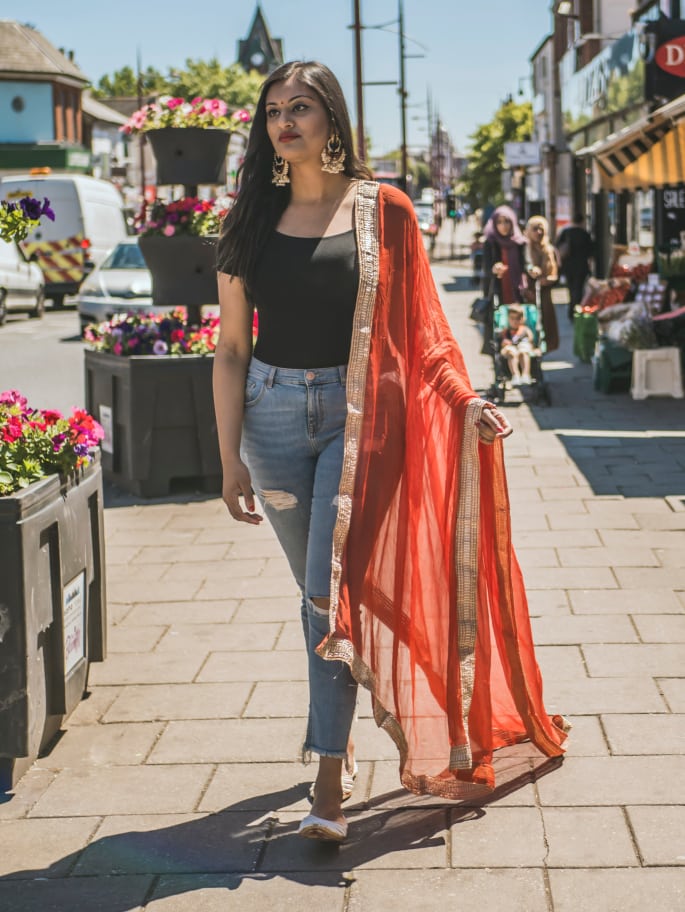 Born and raised in Birmingham, Kaur highlights how her conflicts with identity stemmed at an early age.

Initially, she attended a school in Handsworth which was predominantly Asian and Black.

Shortly after, she moved to a school where she became the minority.

“I went to a school where I was the only brown girl.”

“I never saw myself in anyone, so I just wanted to be white.”

However, this self-loathing soon changed after entering secondary education, where she attended a school with people from a melting pot of various backgrounds.

She transitioned from being a shy girl, ashamed of her roots, to becoming ‘brown and proud’. This sparked her interest in Panjabi poetry – being an avid fan of poets Shiv Kumar Batalvi and Amrita Pritam.

“I started writing when I was in my last year of A-levels.”

“One day my friends and I were having a conversation on WhatsApp and I just shared a poem. From then on, I carried on writing.”

An unsteady career choice, Rupinder had multiple qualms about her writing aspirations along the way. As a biomedical student, she often contemplated if she had made the right decision.

“Sometimes I thought I was playing with fire. I’m a biomedical science student and this hobby of mine is just taking over.”

“I didn’t even realise how much I loved poetry until I did this degree and thought, it’s not for me.”

“So, it happened for the best. I know what I’m truly passionate about.”

Coming from a traditional Panjabi background, her parents were not particularly supportive regarding her aspirations of becoming a poet either.

“At first, they thought it would just be a hobby of mine for a few days. They didn’t think I would be serious.”

After proving her dedication to writing, their outlook shifted.”

“In the last two to three years, my parents have seen how passionate I am about it and that I’m doing serious work.”

From her own experiences, she advises other budding creatives:

“People will try and say things to you but you have to ignore it and do your thing. People will say you shouldn’t be writing about this or that but just follow your heart.” 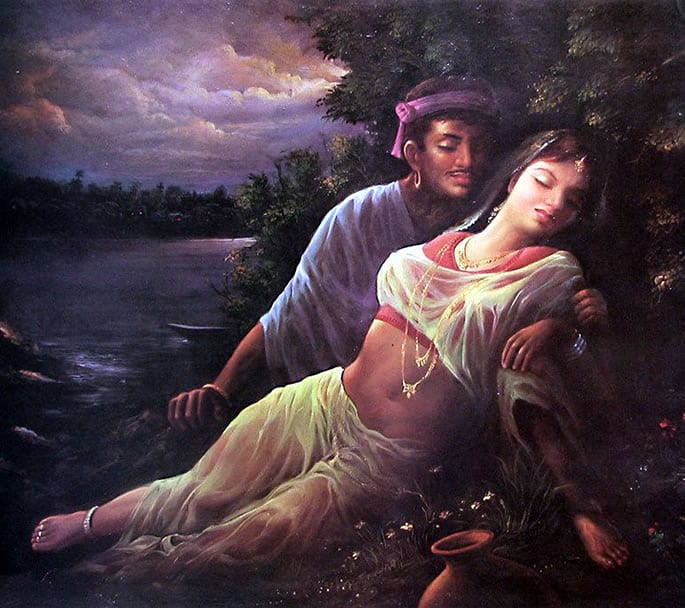 Her strong connection with her motherland, Panjab, stems from her love for literature and poetry. In particular, the age-old classic, Heer Ranjha:

“The epic tale of Heer Ranjha by Waris Shah is the most beautiful tale I’ve ever read.

“Heer rebelled against society and she was the first woman in a Panjabi tale to be given so much importance.”

Yet, she still grasps the concept of oneness and unity, despite the physical borders.

“With the partition, people think these poets aren’t ours anymore. Waris Shah is a Muslim so they say ‘he’s not ours.”

“It’s just a man-made border. The rivers are still there.”

The notion of solidarity is reiterated in her featured poem, ‘Maybe one day,’ where she fearlessly writes:

“‘One day I’ll take you to Panjab that is divided by rivers and not souls.”

She stresses the beauty of poetry as allowing people to connect in a unique way, with an aim to break the mould.

“They can relate, they might see something in a different way, a way they haven’t before. An article they may not connect to, but a poem of a few lines, they might.”

“It’s important to include my identity. If I don’t, who will?” 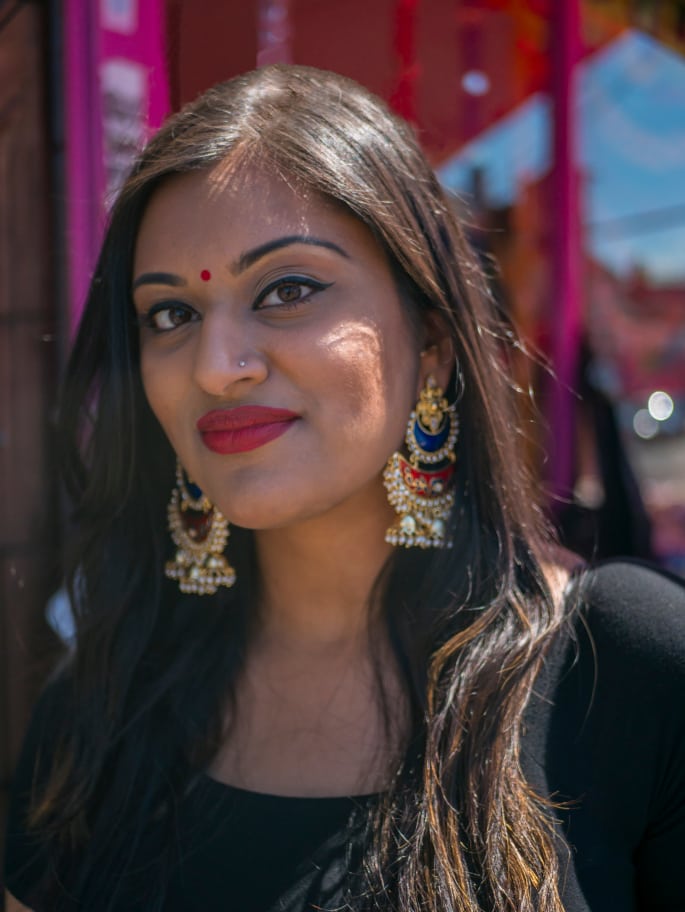 From her soft-spoken and gentle demeanour, one could never guess that Rupinder confronts such bold issues in her poetry.

In particular, the topics of gender, identity and race are recurring themes, both in her upcoming collection, Rooh and her existing poems.

When asked why she responds:

“Over the past few years, after seeing how women are treated, whether it’s in my family or just ordinary people, especially after the Delhi gang rape, I felt a need.”

“There are so many rape cases every single day.”

“South Asians are so silent about many issues, especially women’s issues.

“For example, people think it’s okay for a man to do something and not a woman. I did a poem on virginity because it’s still a big thing.

“It’s important to talk about these issues and make it normal.”

When asked on why Asians keep quiet on issues of relevance, she wisely responds:

“We come from decades of silence and trauma. We’re literally carrying trauma in our DNA from incidents like the partition. Women were affected, raped.”

“It’s that trauma we carry that makes Asians like this. Now it’s time to get over it by speaking about it. How can we move on from this?

Issues of social justice and activism are prevalent in Rooh. One poem, in particular, featured in the collection, ‘Victoria and Albert,’ addresses the sentiment of helplessness in the face of inhumanity.

“I was thinking about colonisation and the current situation of the world.

“’Someone is dying in flames whilst someone is staring at art.’ I don’t even know about it but it’s happening.

“It’s a sense of guilt. I want to do something to change this.” 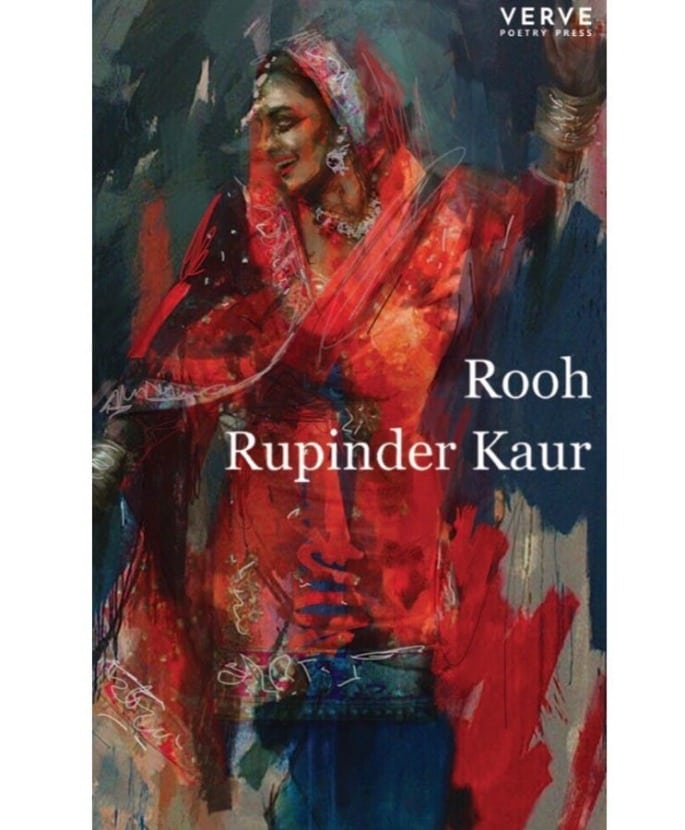 Her debut book, ‘Rooh,’ flaunts a collection of her poems, ranging from light-hearted aspects to more serious topics.

She describes ‘Rooh’ as “free-flowing” and “breaking the rules of poetry.”

Instantly setting her apart from other poets, Kaur uses her multilingual abilities to transcend barriers.

“Rooh is a Panjabi, Hindi, Urdu, Arabic and Farsi word that means soul. Its free, there’s no border – just like my writing.”

Persistent messages of change making within Rooh are no coincidence. She says:

“I want to change their [peoples’] opinions on a lot of things. I want it to open their mind.

When asked about what she hopes to gain from her collection of poems, she replies:

“Poetry can be Panjabi, Urdu, it can be by a brown girl, it can be a Bombay mixture. That’s what my poetry is, it’s a mix of many things.”

Her aim of surpassing borders is also noticeable in the front cover illustration:

“The artwork was done by a Pakistani woman called Maryam Mughal.”

“Despite the fact that she lived away and it was so difficult to get in touch with her we still did. It’s this idea of transcending borders.”

As a concluding statement, she shares her optimistic approach to the lack of South Asian faces in the arts:

You can pre-order a signed copy here.