7 Looks of Neha Sharma that we Totally Love

Indian model and actress Neha Sharma is one to watch on social media. Frequently posting super hot pictures, DESIblitz presents some of our favourite looks!

Indian film actress and model Neha Sharma is one of the stunning beauties of Bollywood who enjoys a huge social media following.

Her first breakthrough into the Indian film industry came in 2007. Starring in Telugu film Chirutha, she played the female lead of Sanjana. Since then, she has appeared in Hindi films such as Crook (2010) and Kyaa Super Kool Hain Hum (2012).

Soon after her rising Bollywood success, Neha was voted No 7 on FHM’s 100 Sexiest list.

Since then, Neha has also proved to become a major social media celebrity. Posting frequently on Facebook and Instagram, she’s gained a huge following with her hot looks.

Showcasing to her fans her model features and stylish fashion sense, here are seven of Neha Sharma’s look that we totally love! 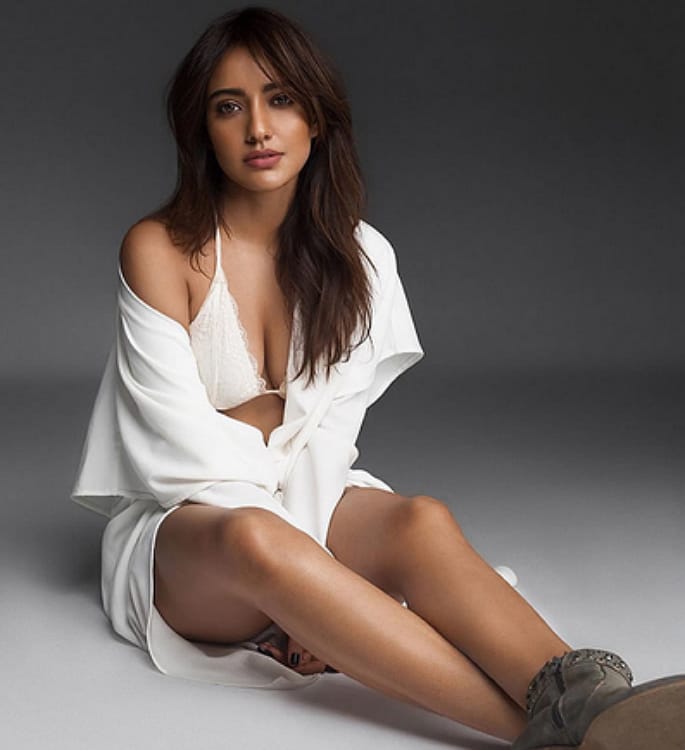 Neha’s social media shows she feels body-confident and this picture hails as a great example of that.

Revealing very little to the imagination, Neha Sharma stuns fans with this sultry pose. Gazing into the camera, she wears a cream robe and reveals a light pink bra. Completing the look with boots and berry-pink lipstick.

With her hair cascading down in wavy tresses, the actress shows off her stunning natural beauty. 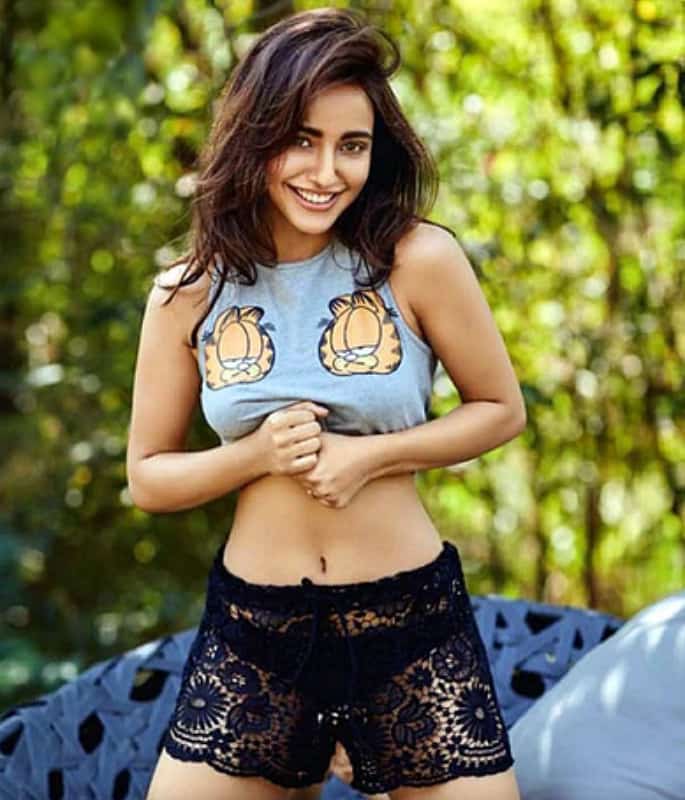 Marking the arrival of Spring 2017, Neha Sharma shows off her fun side in this quirky look.

Complete with intricate detailing, the model shows she has versatile style in whatever she wears. 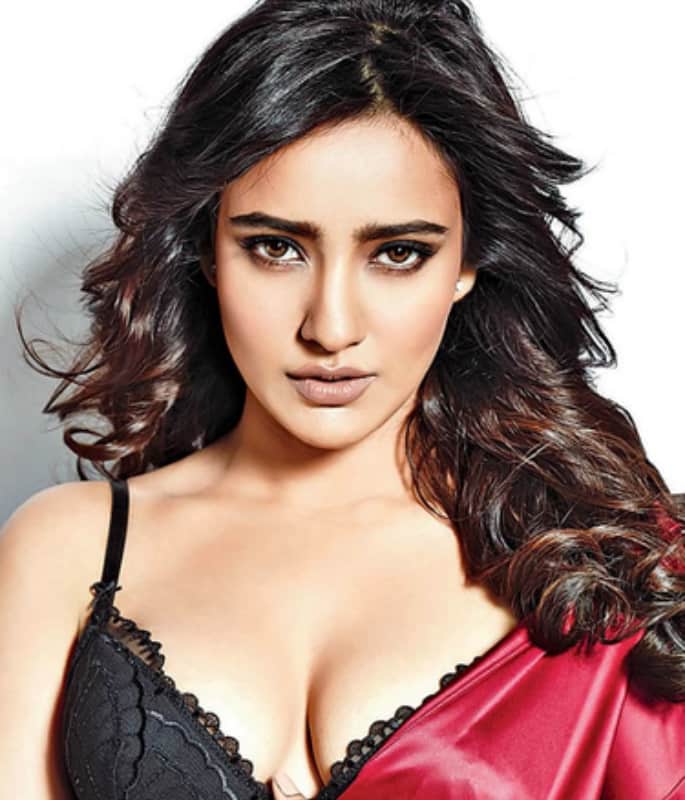 Once again, the Indian model amazes fans with this sultry, jaw-dropping look.

With dramatic eye makeup and a nude lip, Neha creates a provocative image as she reveals a black bra underneath a silky red robe.

Finished off with her mahogany hair in curls, the actress creates an eye-catching style. 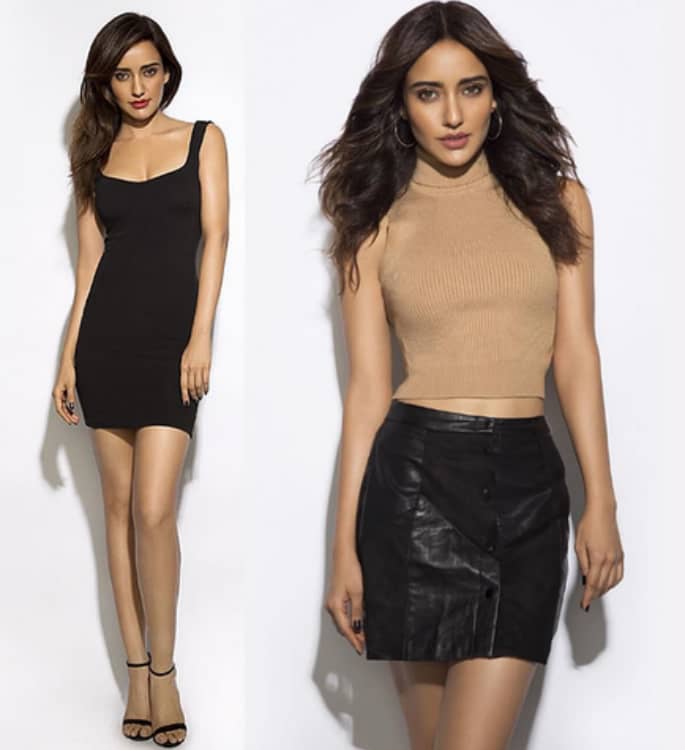 A real treat for fans as Neha treats them with two classic, yet edgy styles.

The first depicts the model in every woman’s trusted piece of clothing: the little black dress. With black strap heels and red lipstick, Neha manages to achieve this simple, yet vintage look.

However, it’s the second image where Neha showcases her versatility. Wearing a high-neck, sleeveless top and leather skirt, the model creates a striking edge to her look. The black nail polish and hooped earrings compliment it well. 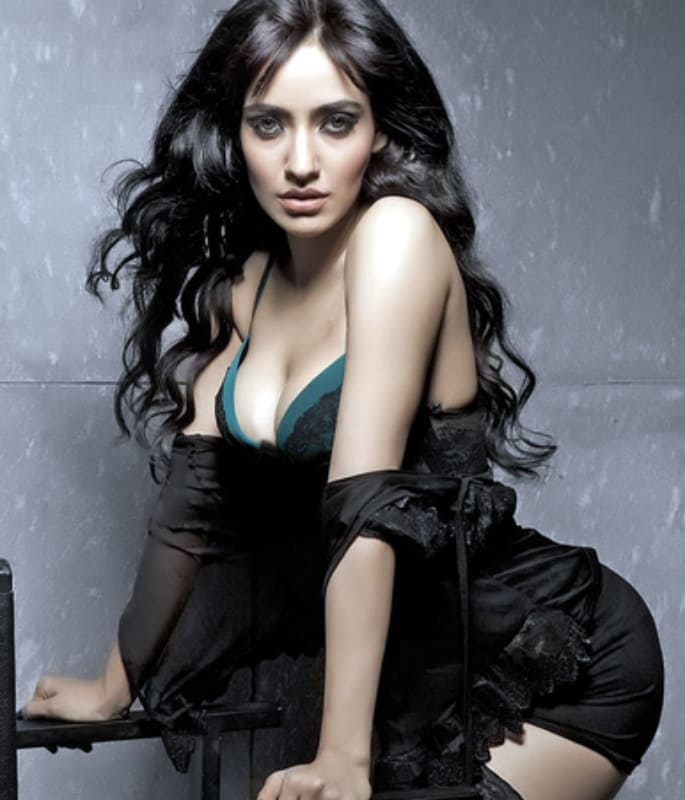 Revealing more of her sultry appearance to fans, she teases them with green and black nightwear. Yet again adopting dramatic eye shadow, she balances the look with a nude lip and peach-coloured blush.

Leaning against a black chair, the model completes her style with curls cascading down her shoulders. 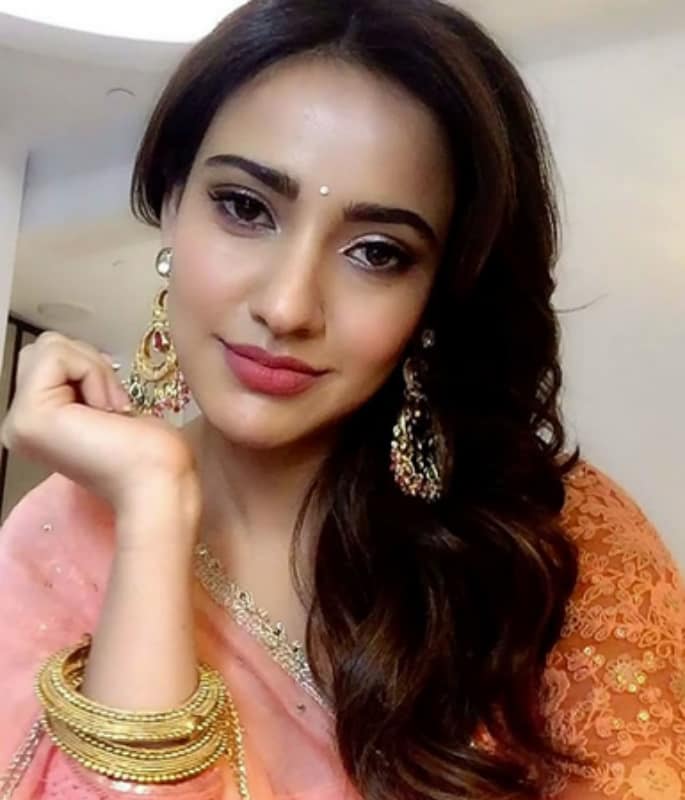 Neha Sharma highlights how she pulls off traditional outfits as well in this image.

Wearing a warm-coloured saree, with hues of pink and orange, she decorates herself in gorgeous jewellery. With bangles, jewelled earrings and a simple bindi on her forehead, Neha creates elegance in this traditional Indian attire.

She completes the look with a full pink lip and shimmering eye shadow. 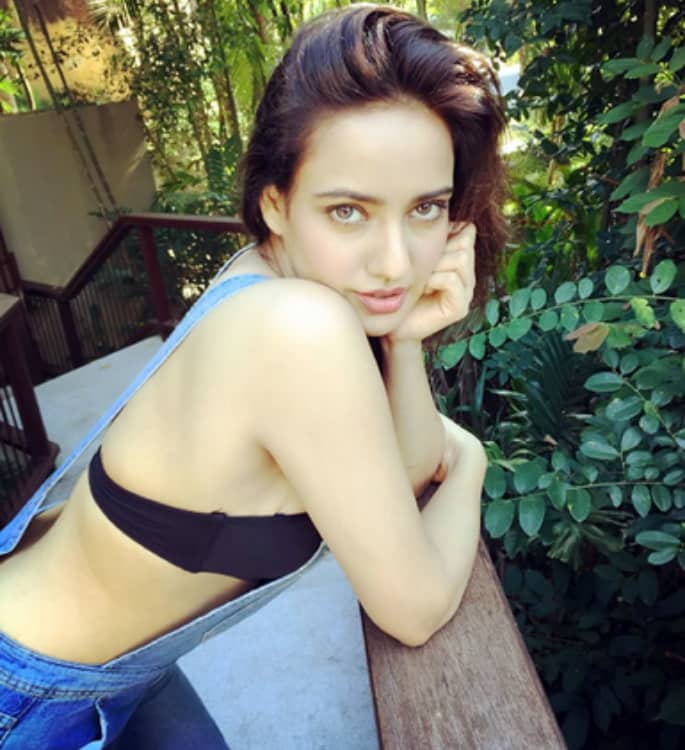 This final image once again captures Neha’s slim, stunning figure. Leaning against some outdoor decking, she emphasises her casual look by sweeping her hair back.

Keeping on-trend with denim dungarees, she creates an edgy twist by wearing a strapless black bra underneath.

With a little make-up, Neha shows not just her versatility. But she also shows her ability to create interesting twists to trendy styles.

All of these seven, different looks capture the amazing style of Neha Sharma. She proves that she can look stylish in casual wear, evening wear and even set pulses racing!