Why Judwaa is an Iconic Bollywood Comedy

With Judwaa 2 under production, DESIblitz pays a tribute to why David Dhawan and Sajid Nadiadwala’s Judwaa was a classic Bollywood comedy film!

The soundtrack of Judwaa has several catchy songs, be it, 'Oochi Hai Building' or 'Tan Tana Tan.'

Judwaa 2‘s shooting is in full-swing. Ironically, it has been 20 years since the first instalment released and emerged as a box-office hit.

However, the second instalment does not fall short of stars. Varun Dhawan, Jacqueline Fernandez and Taapsee Pannu are set to tickle the audience’s funny bones!

Judwaa 2 is scheduled to release at a cinema near you on 29th September 2017!

In an ode to the 1997 classic, Judwaa, DESIblitz reflects on why the movie was truly an iconic comedy film, and we are certain that Judwaa 2 will carry on this legacy set by its filmmakers. 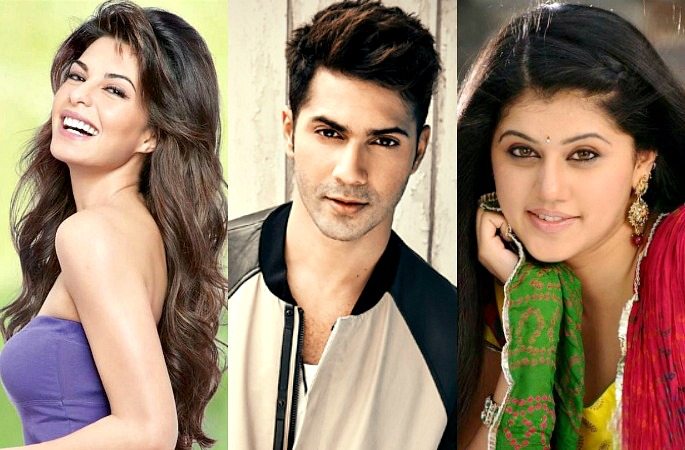 In the sequel, Varun Dhawan, Jacqueline Fernandez and Taapsee Pannu are set to step into the shoes of the original Judwaa stars. One can certainly expect some dhamakedaar action sequences, seeti-maar dialogues and rib-tickling humour!

For Judwaa 2, it is believed that Anu Malik himself will be composing for the soundtracks. According to Business of Cinema, Mr Malik shares:

“We have merged two antaras into one long chunk for the new song and made the beats catchier, we will be re-working “Tan Tana Tan” as well.”

Judwaa 1 ~ A Comedy of Errors 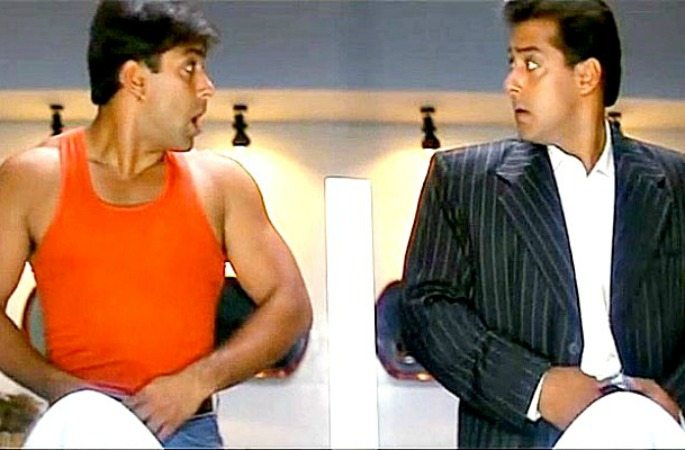 Twins separated at birth! But, when one is hurt, the other is also in pain.

This is a concept which has been tried and tested in various evergreen Hindi films including Ram Aur Shyam and Seeta Aur Geeta. Whilst there are several modern adaptations on ‘lost and found’ films like ChaalBaaz, Judwaa is one of the first initial films where Salman Khan appears in a double role.

The movie itself is inspired by the 1994 Telugu film Hello Brother. Raja and Prem (Salman Khan), have been separated since childhood. On one hand, Prem is an American returned Rockstar, whilst Raja becomes a thief.

The moment Raja and Prem meet in the bathroom – you just know that hilarious misunderstandings would unravel. Precisely, that’s what happens! 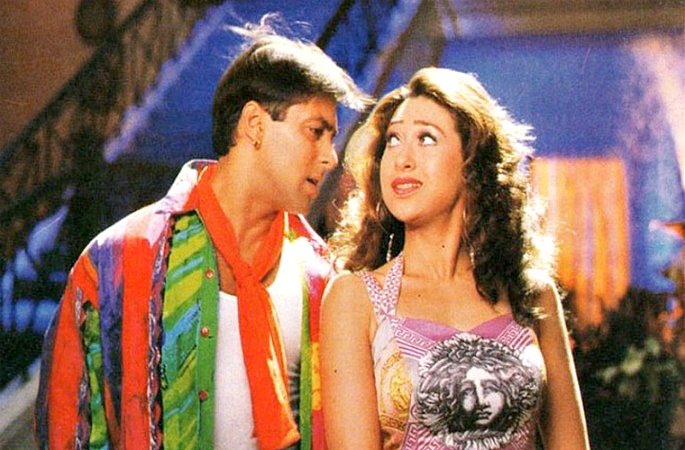 Three years before the release of Judwaa, Salman and Karisma’s jodi was loved by audiences in the cult classic Andaz Apna Apna. Their chemistry as Raja and Mala is endearing to watch!

Apparently, Rambha was not the original choice to play the character of Roopa. In fact, Mamta Kulkarni was originally approached for the role. Despite this, Rambha’s performance was great. It’s quite interesting to see how Salman and Rambha pair-up again in the 1998 romance drama, Bandhan.

Moreover, how can we forget the villains? Mukesh Rishi’s character of Ratanlal is truly sinister. The way he plays the flute before killing someone or making a deadly decision, adding a thrilling edge to this David Dhawan comedy. 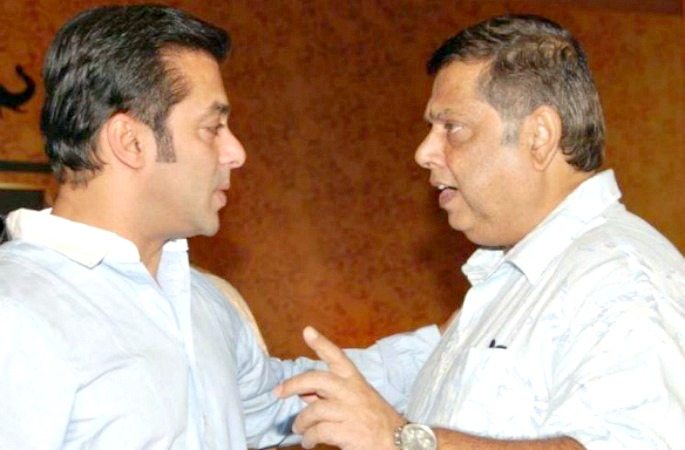 Filmmaker David Dhawan is the epitome of comedy.

Since his successful venture Swarg, David Dhawan’s films always wholesome entertainers. It is also worth noting that this was the first collaboration between Salman Khan and David Dhawan.

Judwaa was a full-fledged masala film, packed with action and humour, offering the best of entertainment. Also, by shooting at picturesque locations, such as a park and beach, visually attracts the audience.

Although Judwaa is a comedy film, it mainly focuses on rich vs poor, justice and revenge. Many of these subjects are also prominent in society today.

David Dhawan has, therefore, made a film which is commercial, yet, relatable to the general Indian public. 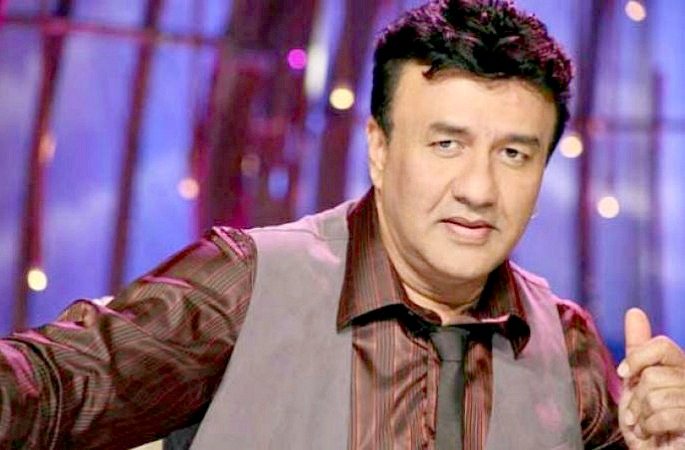 The soundtrack of Judwaa has several catchy songs. Be it, ‘Oochi Hai Building’ or ‘Tan Tana Tan,’ these songs sound fresh and are enjoyable even today. 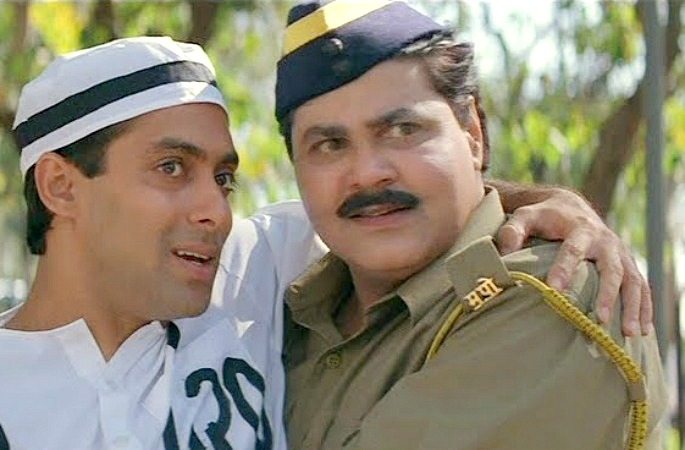 Of course, the movie is incomplete without its comical characters. One, in particular, was Shakti Kapoor’s role as Rangeela. It is believed that Mr Kapoor was paying a tribute to his character in Raja Babu.

Other funny characters include, two Havaldars (inspectors) played by Satish Shah and Anupam Kher. They first nab Rangeela and Raja. However, these two thieves cleverly escape. Noticeably, these two characters are representing the law and yet are foolish – this is quite satirical.

Over the years, David Dhawan and Sajid Nadiadwala – together have entertained the audiences. It was not just Judwaa, but also films like Mujhse Shaadi Karogi have brought smiles to our faces.

Bearing in mind that David sir’s son Varun has stepped into the shoes of Salman – DESIblitz is certain that the audience is in for a treat in September 2017.