Why is The Legend of Maula Jatt so Iconic?

The Legend of Maula Jatt is an era-defining Pakistani film. But what makes it so and how can it be compared to Maula Jatt (1979)?

There was once a time when Maula Jatt of 1979 was considered to be the last greatest film of the Pakistani film industry.

That is until The Legend of Maula Jatt hit the cinemas.

The Legend of Maula Jatt may have borrowed the characters and story from the original, but its portrayal is beyond excellence.

The Pakistani and international audience reactions to the film and box-office numbers prove this.

The story and key characters in this film followed by the euphoria after its release is what makes the film so unique.

The acting of key Pakistani stars in the roles they play catapults the audience into a historical time of power, greed, revenge and differences.

The film is indeed symbolic of the praise it contributes to Pakistani cinema. Injecting a new life into the industry.

But what is it that makes The Legend of Maula Jatt so iconic and compelling?

We explore the attributes that elevate this Pakistani film production to the glory it has achieved. 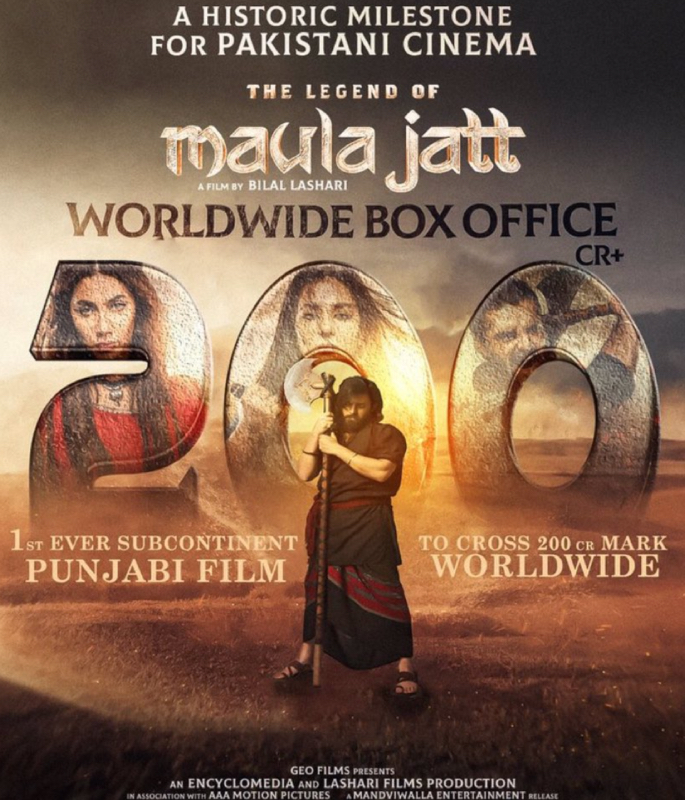 The Legend of Maula Jatt has been making news since the rumours of its making materialised.

Had it not been for COVID-19, the film would have made it to the cinema much earlier.

However, it seems 2022 was the right time for the film. As opposed to its critics, the film’s success has proved itself by its own merits.

It was not just the cinematics, story, and marketing, but how it was received by audiences worldwide.

The success echoed not just in Pakistan but in the UK and international cinemas.

The film has proven the potential Pakistani cinema has to offer. It is not just limited to the nation but globally.

Bilal Lashari’s storytelling proves to us all how a remake can still have a cult following.

As per Dawn.com, the film has made over $3.5 million locally. It does not stop there, making the film an international sensation. How so?

The film has generated over $5.3 million internationally. The amount proves that the film has surpassed the expectations of Pakistani and Indian fans. 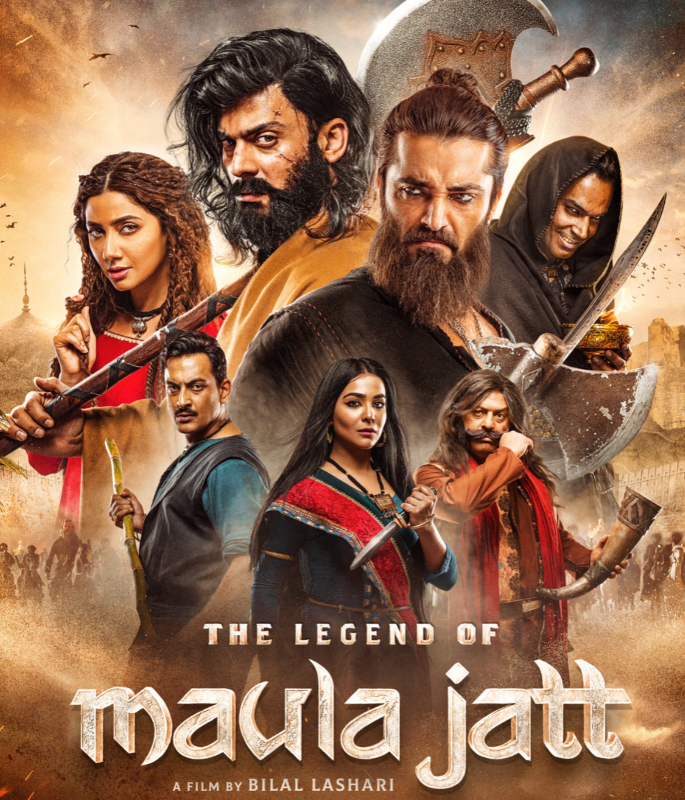 The Legend of Maula Jatt has risen to the centre stage of the Pakistani film industry for a variety of reasons.

The industry has rid itself of corny stories and the rom-com genre while introducing more action along with more attention to storytelling.

This film brings those changes all packed into one production.

Plus more focus on the enjoyable cinematic, visual effects and photography experience.

It is noteworthy that the language of the film is Punjabi and not the national language of Urdu.

However, despite the language barrier within the country itself, the film has been shown all across Pakistan.

Hence, opening the door for more localised language-based Pakistani films to have a chance to shine nationally and even globally. 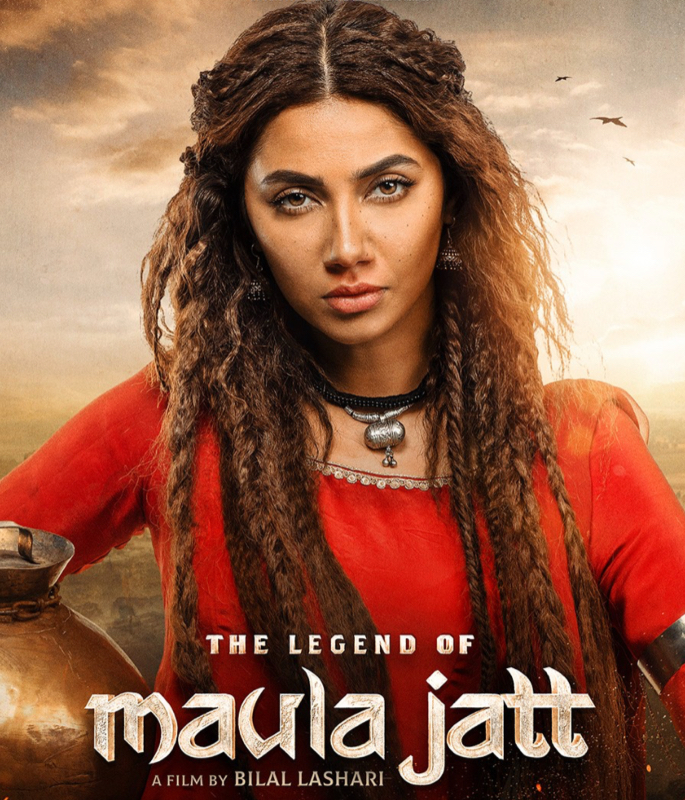 Adeeb wrote the original Maula Jatt in three months and it featured iconic dialogue and the unforgettable acting of Mustafa Qureshi.

With the story and dialogues written by Nasir Adeeb and screenplay by Lashari Bilal, the new film combines past and modern filmmaking skills.

Discussions for developing the final story went on for a year and it took about three years for the film to go to the floors.

The weapon known as the ‘gandasa’ is very symbolic of the character of Maula Jatt in the film. 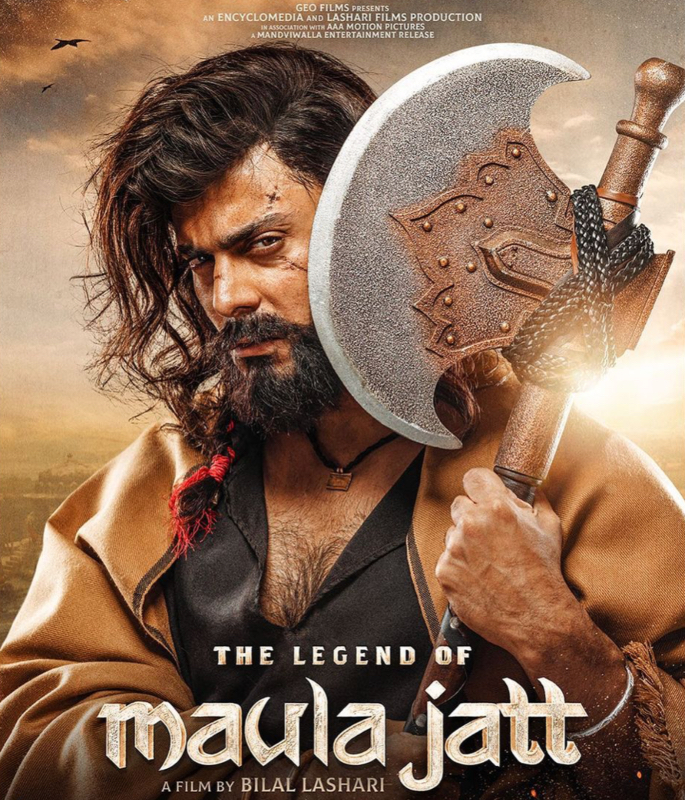 In the story, it is seen significantly in fight scenes featuring Maula Jatt.

To bring the characters to life, key Pakistani film and television stars were selected for the roles in The Legend of Maula Jatt.

The main role of Maula Jatt is played by Fawad Khan, who depicts the character with sincerity and vigour.

Many may say that Hamza Ali Abbasi steals the show as Noori Jatt with his acting and dialogue delivery being simply remarkable. 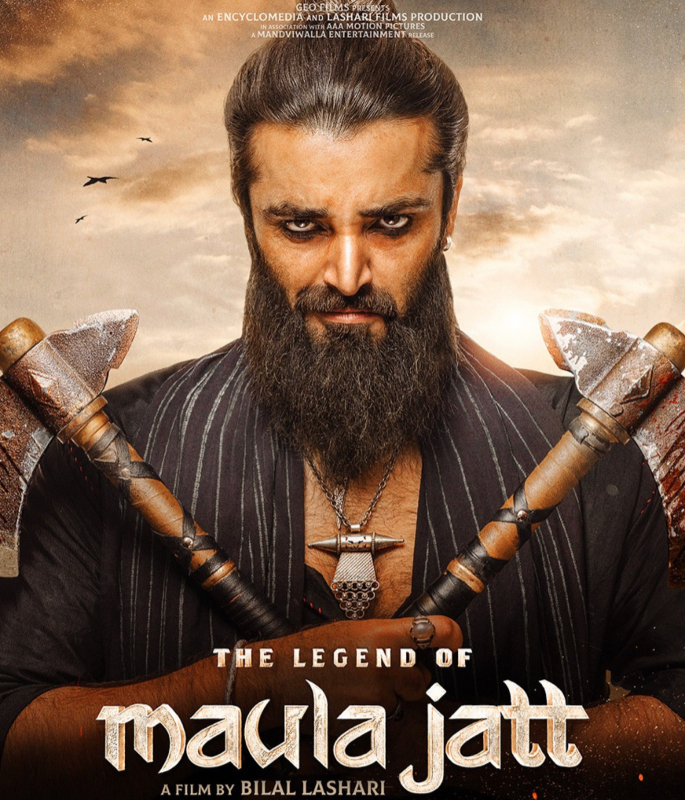 Gohar Rasheed unveils the dark side of Maakha Natt really well in the film.

As for the female leads, two well-known actresses take on their respective characters in their styles of acting.

Mahira Khan plays Mukhoo Jatti who dedicates herself to Maula Jatt, even if he doesn’t notice her.

Other actors include Faris Shafi as Maula’s friend Mooda, Shafqat Cheema playing the leader of the Natt clan, Babar Ali playing Maula Jatt’s father and Resham as his mother.

The film also features an unnamed child artist who performed incredibly in the film.

Overall, the individual performances make the film rewarding to watch.

Fawad Khan and Mahira Khan may have been the obvious choices for their characters yet they proved their worth.

However, criticism was hurled at the cast selection of Mahira Khan, for example, whose native language is not Punjabi.

How The Legend of Maula Jatt differs 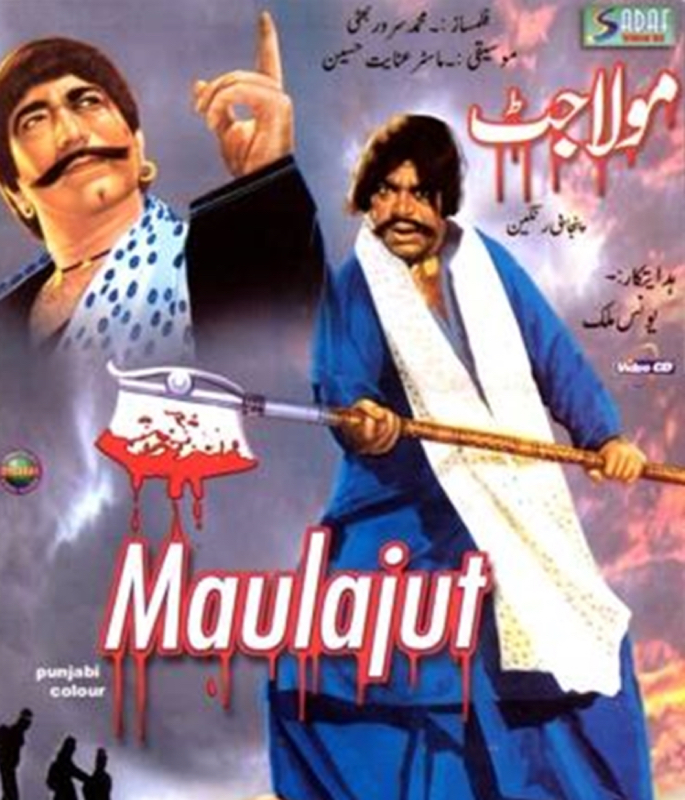 A point to note is that The Legend of Maula Jatt is not a remake of the original Maula Jatt.

Certain differences do make The Legend of Maula Jatt stand out if compared with the old film:

It is fair to say that the film has borrowed only the names and characters.

However, it does not diminish in any way their wrath and fury. It only magnifies it.

Maula Jatt being the protagonist had his entire family killed by the Natt clan.

Noori Natt is portrayed as a bloodthirsty murderer who is nothing but violent. Maula Jatt has violent tendencies but is looking to make amends for his past.

The stark contrast is what captures the audience and the story itself.

The Legend of Maula Jatt has received positive reviews from everyone in the Pakistani film industry.

Major actors such as Shaan have praised the film for its mega business and storytelling. Mustafa Qureshi also loves the film and has wholeheartedly supported it.

The Legend of Maula Jatt has paved the way for upcoming filmmakers to provide quality content in all forms of genres.

The film has undoubtedly made a positive impact on the Pakistani film industry.

The Legend of Maula Jatt’s success is a clear indicator that Pakistan has what it takes to make wonderful films.

The Legend of Maula Jatt is more than a Desi action film.

When action films are brought up, Pakistani audiences no longer think of Die Hard but politically based fighting with ruthless dedication.

There was once a time when the Pakistani audience solely craved item songs.

The audience has matured enough to seek storytelling skills and strong believable characters.

The Legend of Maula Jatt has successfully delivered that. 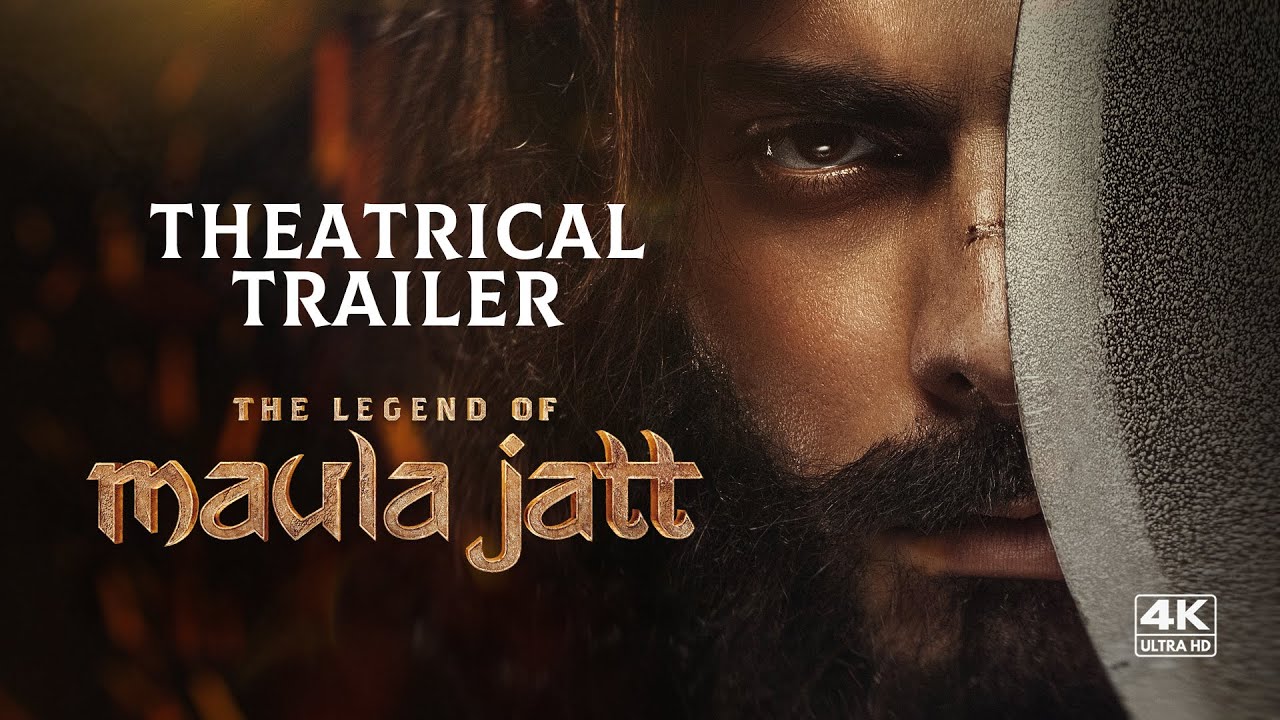 Z. F. Hassan is an independent writer. He enjoys reading and writing on history, philosophy, art, and technology. His motto is “Live your life or someone else will live it”.
Shannon Singh Fell Pregnant whilst on Contraception
Sarika accuses Husband of Torture & Demanding Dowry