Listen to ‘The Asian Collection’ by Nihal

DJ Nihal and Sony Music team up to bring you ‘The Asian Collection’. Nihal speaks exclusively to DESIblitz about the album, his music tastes, and song selection.

"It will remind them of uni, college, school."

Nihal Arthanayake is a doyen of the British Asian music scene.

He might be the closest thing that the British Asian community has to a John Peel.

Nihal is regarded as a British Asian musical institution, especially for his boundary-pushing Radio 1 show with Bobby Friction.

Now, the pioneering DJ has teamed up with Sony Music for a 53-track, 3-CD, compilation album.

It features some of the most iconic anthems from Bhangra, Bollywood, Asian Underground, British Asian urban, and South Asian classical.

Nihal speaks exclusively to DESIblitz about the The Asian Collection. 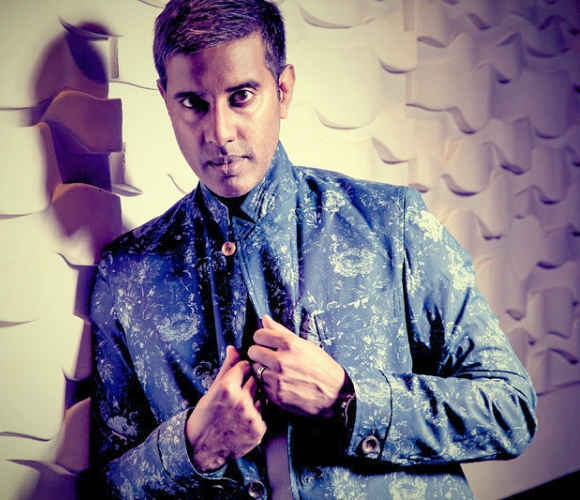 What motivated you to create this collection?

“What motivated me is that Sony came and asked me if I would be interested in doing one.

“Then I thought about it and said: ‘Yes I would.’ It was pretty much that simple really. I’m really happy they came to me.

“They said look, you’re the one who has been the Radio 1 DJ for 12 years, and has done so much to push Asian music, and listen to so much Asian music, that we would like you to compile this album for us.” 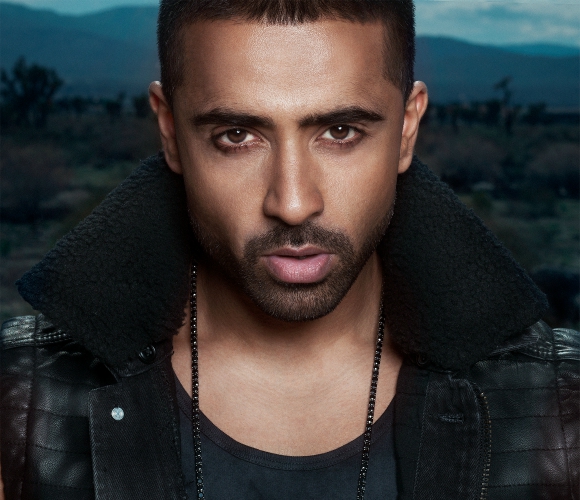 You said that it was difficult to choose the tracks for this album. Name a few big tracks could you not include. Any licensing issues?

“To be honest, I’m not even thinking of those songs. Because hopefully we’ll get the second album. And then the third album. And we’ll fight tooth and nail to get them on.

“These tracks, I’m happy with every track. All 53 of them. And not one single of them is a filler.

“I wanted to give people the big tracks like ‘Lak 28’ and ‘High Heels’, those tracks that they would all know.

“I’m hoping that’s what thousands of people will think. It will remind them of uni, college, school.

“This album isn’t about rap and grime, and Drake and Kendrick. It’s not about that.” 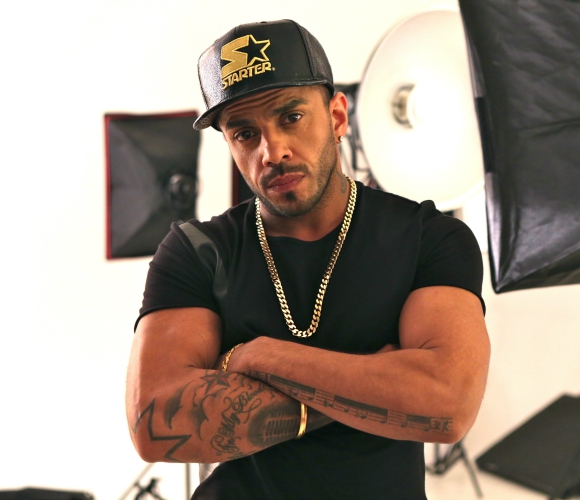 Which other tracks in particular should we listen out for?

“‘Aicha’ by Outlandish, ‘Aaj me peeni’, ‘Akheer’. There’s loads of tracks on there that I absolutely love, which I just think are massive tunes.

“I want you to reminisce. ‘Oh Jeez man, remember ‘Dance With You’ by Rishi Rich Project, Jay Sean, and Juggy D? Do you remember how that was madness? They were on Top of the Pops!’

“‘Kangna’ is a beautiful track. And also definitely Punjabi By Nature ‘Aaj main peeni’ is one of my favourite Bhangra songs ever.

“‘Long Gawacha’ with the Bashment Mix by DJ Vips is just so hype.

“‘Punjabi Hurrr’. Will there be a Punjabi wedding this summer where that track won’t be played? And that will be for 14 year olds and 60 years olds, they will all be jamming to that.

“And then ‘Rang De Basanti’ is just, again, the drop on that! [Imitates the drop] Boom!” 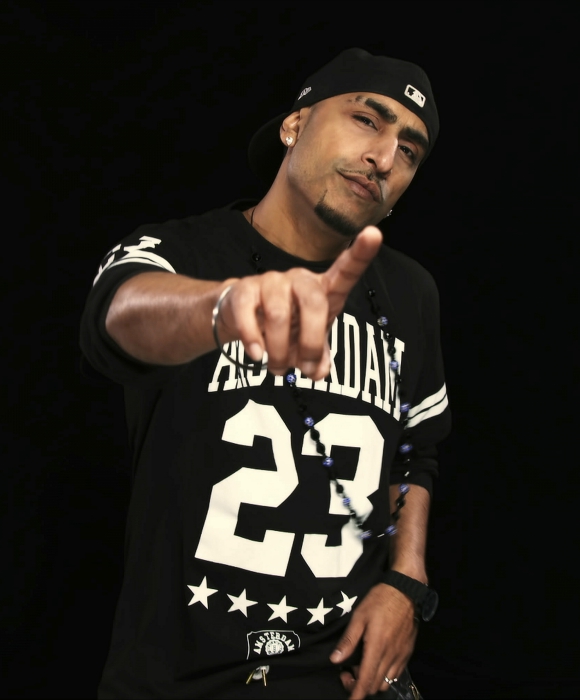 Why have you chosen this variety of genres?

“Quite often Bollywood overshadows Bhangra. Because Bhangra is very raw folk music. So it doesn’t often have the sophistication of melody that Bollywood does.

“And that’s why I chose some of the tracks I did, which are personal favourites of mine.” 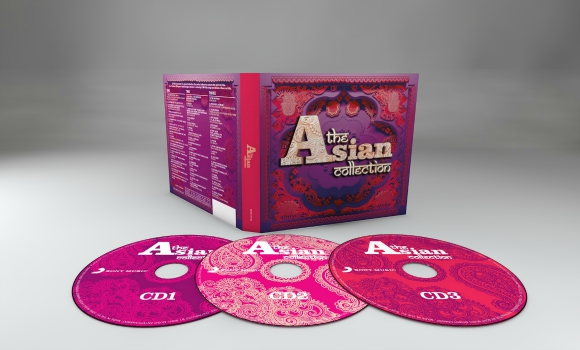 What does Nihal enjoy listening to the most?

“I think Zack Knight is the best male British Asian vocalist. I want to see him elevate and elevate.

“I heard a girl today called Iman Orths and her voice is just unbelievable.

“There’s a guy from Leeds called Harif Hamid, again, who I am really excited about.

“I’m listening to a lot of grime at the moment. I’m really loving that. I’m a huge fan of Giggs. 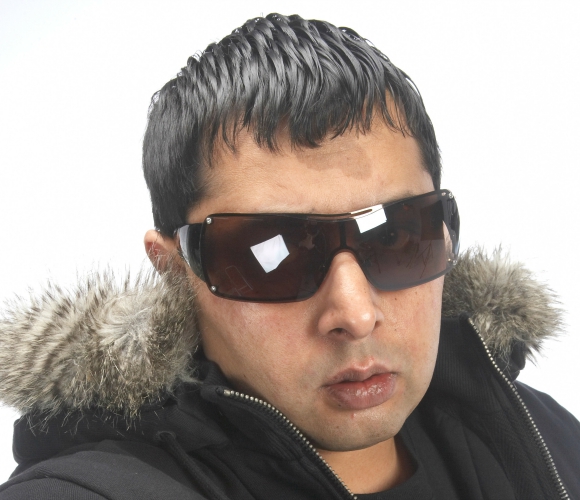 With the free downloading culture being very popular, do you think albums like this can make a financial return on the investment?

“If you are pitching this album at 16 to 18 year olds, then probably not. But I’m not. This album is for people who want to own a CD.

“You’ll get to about five or six and you’ll think that I might as well just get the album. But you are finding it harder.

“Now with streaming, it’ll be interesting to see. I’m on Spotify. So I’m not even downloading songs. I’m just streaming them. I think it is a major problem.” 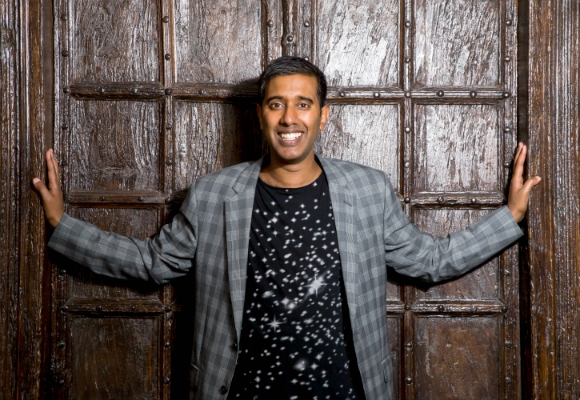 Is there anything that disappoints you about British Asian music?

“Lack of creativity. I think it’s just a lack of subject matter. And a lack of ambition.

“If you are doing a hip hop and RnB track, who are you comparing yourself to?

“Not enough singers are singing about subjects that are relevant to the British Asian audience.

“There needs to be a degree of professionalism, that is still lacking, I think.

“You just have to be super-organised. Super-professional. Have a plan.”

The variety of eclectic sounds in The Asian Collection is vibrant and refreshing, and truly encapsulates the richness of South Asian music.

The BBC Asian Network presenter, has used his cultured musical intuition to bring you the best Desi anthems.

Now available on Amazon, DESIblitz would urge Desi music lovers who genuinely like the album, to buy it, rather than streaming it, or downloading it from a clandestine source.

This will be the summer soundtrack to your mela madness.

7 Artists Zayn Malik Should Work With
Zayn Malik breaks up with Perrie Edwards?