Every week, Nihal and Poppy will go to a different Asian hotspot in London.

A 12-part series, Nihal and Poppy will travel to a different Asian hotspot in London each week, exploring the latest trends in British Asian music, food, fashion and culture they find around them. 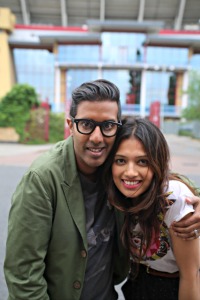 The show will introduce viewers to numerous Asian music artists that are beginning to gain international acclaim for their urban, eclectic sounds, and the mix of cultures in their songs.

Big names such as Arjun, Mumzy Stranger, Juggy D, and Steel Banglez will be featured throughout the series. The show’s soundtrack is one that blends R’n’B, Grime, Electro and Asian sounds from all over the world.

In search of British Asian identity, the first instalment of Nihal’s City Swagger kicks off in London’s Brick Lane, known for both its curry and eclectic fashion. It opens with Nihal and Poppy arguing over what the ‘real’ Brick Lane is.

While Poppy stands outside a boutique insisting, “This is the real Brick Lane”; Nihal points to a traditional Desi takeaway and argues: “No, this is Brick Lane.”

Music plays a crucial role even in this first show, featuring artists such as Rituel and Talal Qureshi and Rude Kid, as well as Miah.

In fact, Nihal uses music as a way to show the mix of culture at the heart of Brick Lane’s Asian culture. He meets up with singer Jernade Miah, who shows him around the best music stores and curry houses. Later, when introducing a song by Rude Kid, he says: 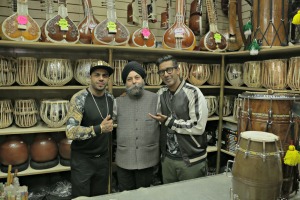 “I want to play this track for you, it’s not a new track, but I want to play it for you because I want you to know that Asian music isn’t just about Bollywood and Bhangra.”

This blending of cultures is something that Poppy also finds when exploring the fashion and personal style of Brick Lane’s inhabitants. From the locals she interacts with, it is clear that the people of Brick Lane absorb lots of different cultures.

This first Londoner is a British Asian wearing a kurta that she designed and made herself, after travelling between Bangladesh and the UK. She says of her kurta: “I took a trip to Bangladesh once and got inspired by the rickshaws.”

Throughout the show, the style and music both demonstrate the complexity of British Asian culture, and specifically within Brick Lane.

Interestingly though, it is not just the Asian inhabitants of Brick Lane that experience this blending of East and West. Some of those interviewed who aren’t of Asian heritage are also involved in the Asian culture of Brick Lane. 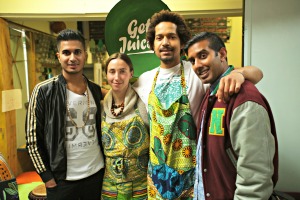 Poppy finds British shoppers who love Asian markets, and Nihal discovers the vast array of international music these Londoners are listening to.

This spreading of Asian culture into the lives of Brits of all origins around Brick Lane shows the increased integration of these communities.

In Nihal’s City Swagger, London really lives up to its international reputation. Indeed, London is home to the greatest number of nationalities in the EU and its residents speak more than 300 languages.

The Desi community in London are the largest minority living in the city, and make up 13.2 per cent of the entire population. This is over twice the national percentage of Desi residents, which is 6 per cent.

This makes London a perfect place to really explore the development of British Asian identity, whether through food, music or fashion. Whilst Nihal’s City Swagger remains light-hearted throughout, this is clearly what it aims to do.

London Live Commissioner, Derren Lawford, says: “London is a wonderful and culturally diverse city that is home to many ethnic backgrounds and much loved communities.

“Nihal’s City Swagger showcases the best of London’s Brit-Asian scene, from food to fashion and it’s Asian and desi sounds in a fun, light-hearted and informative format.”

All of the people interviewed in the show, from musicians to fashion students, have different stories to tell about their journey to this part of London, and their lives in the city.

The show is light-hearted, but informative, and has some great insider tips on where the British Asian community of London is shopping, eating and relaxing, and what they are listening to and watching.

Yet its biggest success is to celebrate British Asian culture and identity, and the way that Asian Londoners blend East and West, fusing the cultures around them to create their own.

In addition to Brick Lane, Nihal and Poppy will also be visiting Tooting, Wembley and Southall. It will be interesting to see what new trends and cultures the pair discover in their exploration of British Asian culture and identity.

You can watch Nihal’s City Swagger at 11.30 pm every Saturday on London Live.

Eleanor is an English undergraduate, who enjoys reading, writing and anything media related. Aside from journalism, she is also passionate about music and believes in the motto: “When you love what you do, you’ll never work another day in your life.”
Top 5 London Museums and Galleries
Famina B ~ A Talented Fine Artist