DESIblitz chats to City Swagger hosts, Nihal Arthanayake and Poppy Begum, about British Asian culture, music and why parts of London are like a ‘little India’.

"Brick Lane is so iconic, it's where fashion street style and traditionalism effortlessly mix and merge."

Broadcast on London Live, which is ‘the first 24hr TV channel dedicated to the capital’, the weekly show was an exploration of Asian music, food, fashion and culture.

DESIblitz were lucky enough to speak to the faces of the innovative programme and talk to them about why British Asian culture and identy is so important.

Nihal, how did the idea for City Swagger first come about, and what did you hope to show about Asian culture? 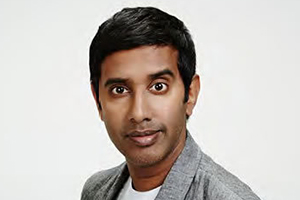 “The idea was a simple one. A very creative man called Caj Sohal asked me if I would be interested in presenting a show unlike a normal Asian music show.

“The Channel London Live wanted to do a show that represented the colour and the creativity of the Asian community and delve into the communities.”

Why does this show begin in Brick Lane, and what importance does this place have for Asian culture in your opinion?

“Brick Lane is so iconic in London, it’s where fashion street style and traditionalism effortlessly mix and merge. You can see Bangladeshi rude boys bring their south Asian swagger and energy.

“Even though the area is full of tourists and skinny jeaned hipsters, they all exist in this multi ethnic ecosystem which is as old school as it is futuristic.”

Poppy, do you have any personal connection to any of the places in the show, and if so what? 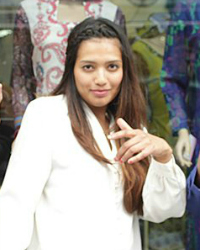 “I have a very personal connection to Brick Lane, Bethnal Green, Whitechapel – East London essentially! I was born and raised there and it’s a place I’ll always call home.

“There are particular areas, parks and shops that’ll always bring back fond childhood memories but I think Whitechapel market will always be my special place because I think I grew up with the people there (pre and post gentrification).

“Our characters, quirks and stories melt in this gigantic pot of what I think London is so good at – bringing people far and wide, whatever their background, together to make life a little colourful.”

You mainly focused on the style of the people across London. What do you think the fashion of these areas says about British Asian identity?

“The fashion in the areas that I’ve explored in London, say a lot about British Asian identity. Each pocket has a different type of fashion which contributes to a different part of our identity.

“Southall has the latest glitz and gloss coming out of India but Brick Lane does a seamless job of mixing two fashion worlds together.”

“What Asian Londoners wear and how they express themselves is like a wonderfully bold statement to the rest of the city – it’s like they’re saying, ‘we’re totally mixing and juggling our east-meets-west lifestyles and we’re gonna look awesome doing it!’

“Some of the young girls I spoke to wore headscarves like a sort of headpiece costume and looked so fabulous, and the guys who inject a little spice into their everyday ensemble looked confident and cool and as we would say they had SWAG!

“I think people are proud of their Brit Asian identity and heritage. And London lets them wear this with pride.”

Nihal, you play whole music videos in the show. Why was music chosen as such an important part of the show? 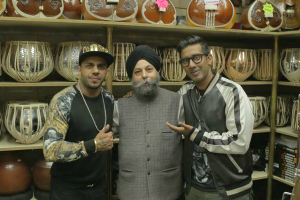 “The music had to represent all the different musical vibes from bass producer Rudekid to Pakistan’s king of electronic dance music Talal Qureshi. The show also showcased the more obvious Bhangra songs that you would expect.

“It shows how eclectic the Asian music scene is. At a time when the scene seems to be in trouble I wanted to show the healthy creativity that exists.”

Poppy, has your perception of British Asian identity changed after interacting with different types of people on the show?

“My perception of British Asian identity has changed since interacting with so many different types of people on the series. For one thing I forget how welcoming, friendly and kind we are to each other.

“And another thing that really struck me was how deeply passionate people are about their respective Asian cultures. Whether it’s food, culture or music everyone wants to recreate ‘a little India’, or ‘Banglatown’ in a pulsating cosmopolitan city and by some strange phenomenon it actually exists.

“One guy in Southall said: ‘There are Indian things you can get here that you can’t even get India!’ Pretty much sums up the vibe.”

The 12-part series wrapped up in Tooting Bec on September 27, 2014, but you can still follow Nihal and Poppy’s journey through Brick Lane, Wembley, Southall Upton Park and more.

The full City Swagger season is available to watch online through the London Live website.

Zak is an English Language and Journalism graduate with a passion for writing. He is an avid gamer, football fan and music critic. His life motto is “Out of many, one people.”
SLAM Tour has its Finale in London
Amitabh and Rekha to Reunite in Shamitabh?