"I'm very excited to be performing at The O2, London, for the second time"

Nephew to one of music’s greatest legends, the late Ustad Nusrat Fateh Ali Khan, Rahat has enjoyed a wide array of hits across Pakistan, India and the rest of the world.

The well-known singer began his solo career in 1997, shortly after his uncle’s death. Paying homage to the late Ustad and his incredible legacy, Rahat soon began to carve his own musical niche by fusing together traditional qawwali with modern Bollywood sounds.

The emerging evolved sound has been incredibly successful and has seen Rahat release hit after hit of Bollywood love songs that audiences adore.

His tracks have featured in some of the biggest Bollywood films of the last decade, including Bodyguard, My Name is Khan, Dabangg, and even the soundtrack for the Hollywood film, Apocalypto.

Described as a musical maestro of Pakistan, in the last twenty years, Rahat has enjoyed over 100 hit songs in Bollywood and Lollywood, and has released more than 50 albums. In honour of his contribution to music, the artist has also received numerous awards over the decades. 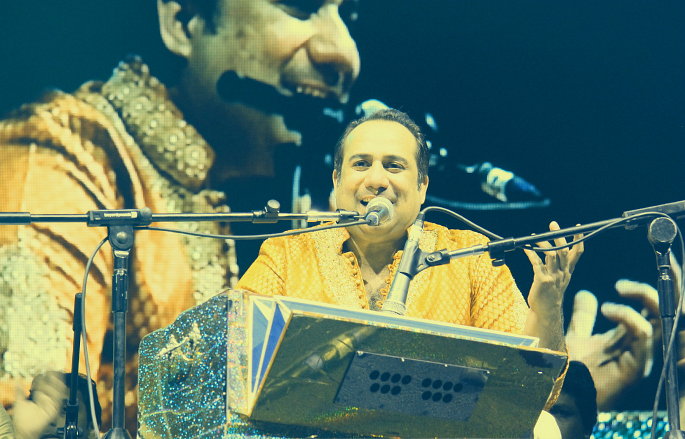 His most recent accolade was at the ARY Film Awards 2016 held in Dubai, where Rahat won ‘Best Singer’ for the Pakistani film, Halla Gulla.

The artist has also judged numerous talent shows in India, including Chote Ustad. Aside from this, the talented Pakistani musician was also a headline performer at the Nobel Peace Prize Concert in 2014, and also recently performed at the United Nations General Assembly Hall in March 2016.

His 2014 album, Back 2 Love saw Rahat reinvent his own musical best with an array of romantic qawwali ballads and love songs. The impressive album sold millions of copies worldwide.

Now Rahat promises to deliver his best with a special concert at The O2 in London with ‘The Greatest Hits Live’ on Sunday 14 August 2016.

While we have enjoyed hearing his songs repeatedly on the radio and at weddings, there is nothing quite like hearing this master of improv perform live on stage with his musical troupe.

Interestingly, the concert coincides with both India and Pakistan’s Independence Day celebrations, and the concert will honour the talented musicians on both sides of the border. 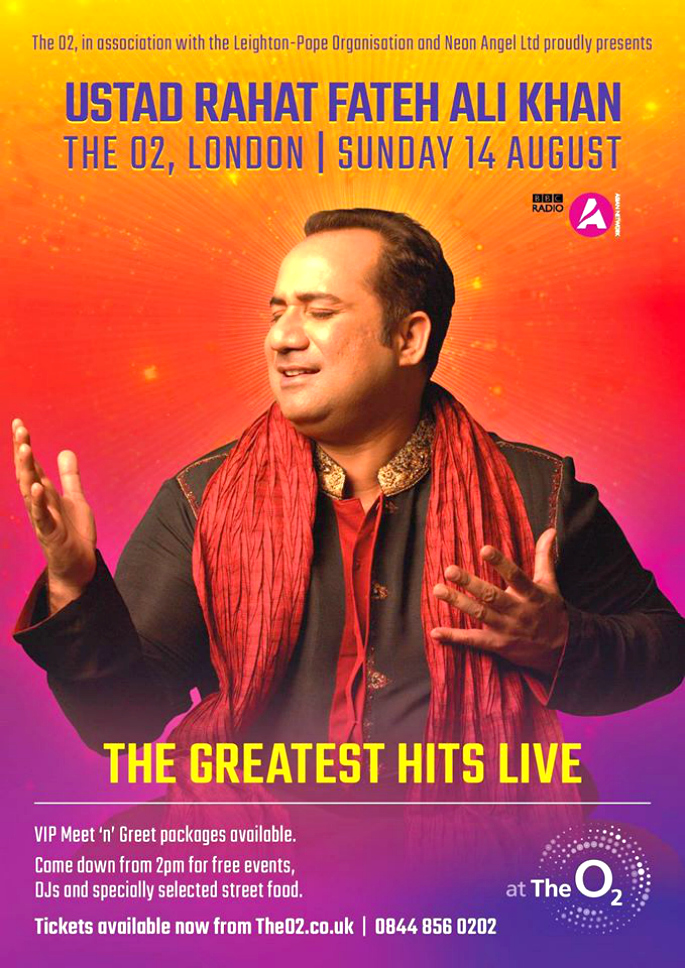 Speaking about the concert, Rahat says:

“I’m very excited to be performing at The O2, London, for the second time, following my sold out tour in 2013.

“Coming to the UK is always a thrill for me and my performance is timed to fit the Independence Day celebrations for both Pakistan and India.”

“I have a fantastic team of musicians joining me and will be performing my greatest film hits and new material, as well as my esteemed Uncle, Nusrat Fateh Ali Khan’s popular qawwali numbers, to rock the arena.” 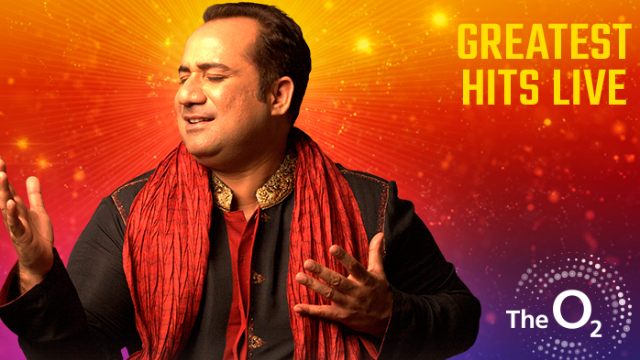 Alongside experiencing Rahat perform live in concert, ticket holders will also have access to numerous extras, including free live events and activities; from Bollywood dance workshops to delicious street food stalls and more.

With the chance to experience Ustad Rahat Fateh Ali Khan perform his greatest hits live on stage, this is one concert you surely don’t want to miss.

Aisha is an editor and a creative writer. Her passions include music, theatre, art and reading. Her motto is “Life is too short, so eat dessert first!”
Desi Grooves at International Dance Festival Birmingham 2016
Jasmin Walia & Zack Knight heat up ‘Dum Dee Dee Dum’