A young Indian bride in Lucknow has ditched her groom-to-be because he does not have a toilet in his house. DESIblitz has more.

“By the grace of God, she has a husband and a toilet.”

A 25-year-old Indian woman has refused to marry a man from Kanpur because he does not have any toilets in his house.

Instead, Neha has tied the knot with another man named Sarvesh, who has toilets in this residence.

The marriage between Neha and her rejected groom is set up by a local NGO. As part of the agreement, the groom needs to complete building a toilet in his home by the wedding day.

However, when Neha realises he has not kept up his end of the bargain, she calls off the wedding four days before the big day.

The Lucknow native even quotes Indian Prime Minister Narendra Modi to explain why this is no small matter.

She says: “They had promised to build a toilet but did not fulfill their promise. And nowadays, everywhere, even in villages, having a toilet is important.

“When our Prime Minister has taken an initiative towards this, then the public should also take advantage of it.”

According to the NGO, her family is fully supportive of her decision and helps her find a new groom who meets the criteria.

Sanjay, a wedding organiser, says: “By the grace of God, we found a groom who had a toilet in his home. Now, she has a husband and a toilet.”

The availability of bathroom facilities and sanitation is a serious issue in India. 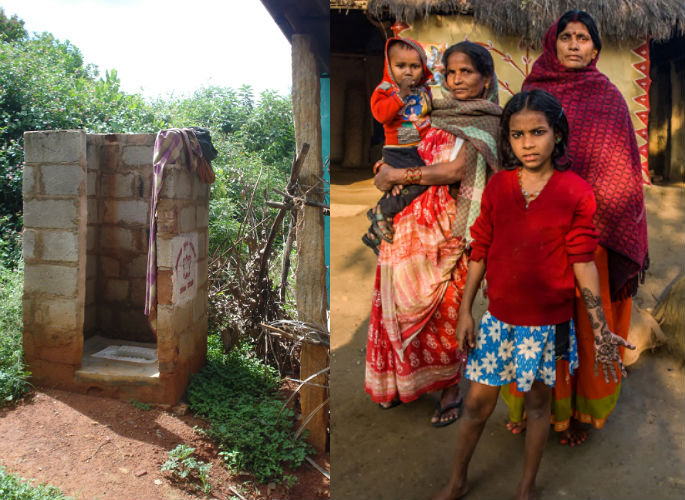 At Modi’s first Independence Day speech, he promised to create a modern and clean India by building more toilets among other infrastructures.

The Swachh Bharat Abhiyan program is then set up to encourage public hygiene and achieve Open Defecation Free by 2019 through building 12 crore toilets in rural India.

But a recent survey in Uttar Pradesh reveals there is still much progress to be made, as an official comments: “Though several toilets have been built in this area, villagers still prefer going out into fields to attend nature’s call.

“At a few places, villagers have dumped the toilets under piles of husk. In some villages where they have constructed toilets, there is no proper waste management so they are frustrated with the idea.”

An estimated 130 million homes across India are without access to an indoor toilet. While public toilets are often free for men to use, women may have to pay a small fee due to more water and resources being used for its construction.

Images courtesy of Design Public and Your Story