The Great British Bake Off 2015 winner, Nadiya Hussain, meets the Queen and delivers a beautiful hand baked cake to celebrate her 90th birthday.

"I thought, let’s do something a little bit different."

Nadiya Hussain, winner of the popular BBC show The Great British Bake Off, has presented her hand baked cake to celebrate the Queen’s 90th birthday on April 21, 2016.

The 31-year-old baker has whipped up an orange drizzle cake with orange curd and orange butter cream for Her Majesty, and described the cake as ‘very citrusy’.

She meets the Queen near Windsor Castle and presents the beautiful gold and purple cake for her to cut in front of a crowd in high spirit, rejoicing in the royal birthday celebrations and chanting ‘Happy Birthday’.

Nadiya of course shakes hands with the Queen as well as Prince Phillips, and chats with them about her culinary creation to mark the joyful occasion.

Famous for her creativity and originality in the 2015 series of the much-loved television show, it is no surprise Nadiya has been selected by the Windsor Guildhall for this prestigious honour.

Speaking on ITV’s morning show Loose Women earlier, she tells the panel of her initial thoughts of baking a fruitcake for the royal family.

She explains why she changes her mind: “I thought, let’s do something a little bit different.

“How often can you say that you are baking the Queen’s birthday cake in one sentence?

“I kind of thought, if I did a lemon drizzle and it was good enough for Mary Berry, I reckon I could change it up and do something similar for the Queen.”

However, not many are in love with her cake for the Queen. While some call in ‘circus like’, others are neither impressed by its design nor colour.

Forum user hnicholls85 comments: “why is it wonky and amateurish, it looks like it was made by an art and design student in cooking tech class :/”

Another user lilian defends: “I think it is mean’t to reflect the color’s HM wears. It is a clever idea.” 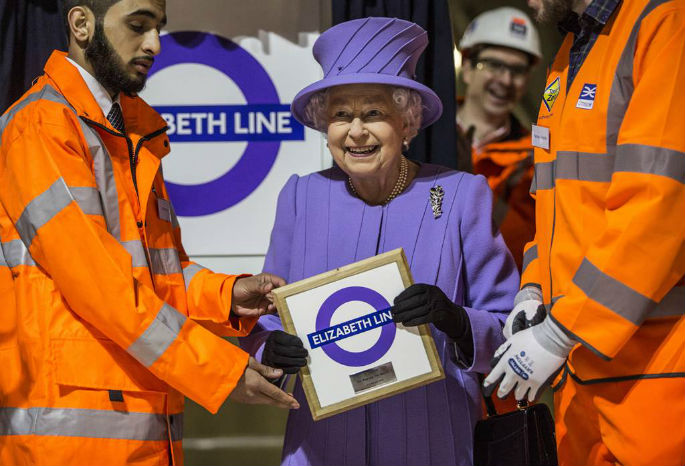 The Bangladeshi star baker also speaks of her family’s reaction to the news of baking this respected cake: “When I told the kids (I was making a cake for the Queen), the boys were great at keeping it a secret.

“I told my daughter and she said, ‘Oh Mary Berry? You’ve made lots of cakes for Mary Berry.”

Celebrating her 90th birthday in style, Queen Elizabeth II will be surrounded by many famous faces, including US President Barack Obama, who is said to have a ‘warm relationship’ with the royal family.