Former Great British Bake Off winner Nadiya Hussain will take her seat on the judging panel for a junior version of the show. DESIblitz has more.

"She is an inspiration to many young bakers taking part in the show."

Nadiya Hussain, the winner of Great British Bake Off (GBBO), will be the new judge for Junior Bake Off.

The 31-year-old mother of three will host a panel alongside international chef and food writer, Allegra McEvedy, as 40 young bakers compete for the title.

Nadiya won the hearts of the nation in the competition in 2015 with her delicious and creative bakes.

Talking about her role in Junior Bake Off, she says: “This time last year I was in the bake off tent and now I get to go back and help the next generation to get their bake on.

“I am so excited to have this opportunity.”

Susanne Rock, executive producer of the company behind GBBO, comments:

“As the winner of last year’s Great British Bake Off, Nadiya proved herself to be one of the most talented, committed and hard-working bakers the tent has ever seen.

“She is an inspiration to many young bakers taking part in the show.” 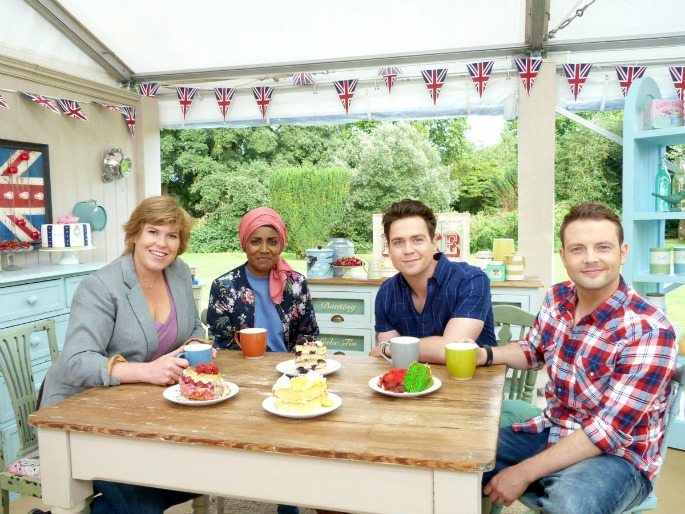 The contestants, aged nine to 12, will have to face two challenges over a series of ten heats. These include a technical bake and and a showstopper challenge.

In the famous bake off tent, judges will test their skills in making cake, biscuit and pastry. Only four youngsters will make it to the grand final.

CBBC presenters, Sam Nixon and Mark Rhodes, who will host the show.

Nadiya, who won in 2015 with her ‘big fat British wedding cake‘, has since gone onto publish her cookbook, Nadiya’s Kitchen.

The British Asian star baker also has her own column in The Times. To top it all off, she has baked a cake for the Queen’s 90th birthday.

Nadiya will also present a TV show called The Chronicles of Nadiya, in which she will trace her culinary roots from her hometown, Bangladesh.

The Great British Bake Off is the most watched TV programme of 2015, with an average viewership of 15.1 million for the final.

While an air date for the junior series is still to be confirmed, the new series of the regular GBBO will begin on August 24, 2016.