Nintendo has released more details about their upcoming console. The Nintendo Switch presentation announces new games and a release date!

Nintendo fans have been itching for more information.

Nintendo Switch was first announced back in October 2016. Now the Nintendo Switch presentation have released more details about the next-generation console.

This latest console is truly unique. Players can have the option of playing it at home on the TV or when they go out and about. With more details about the console and its launch games, pre-order sales are now hitting the roof.

Bringing the Joy into Nintendo Switch

Ever since the console’s first announcement, Nintendo fans have been itching for more information. Well, Nintendo has given a presentation to reveal more of its quirky features.

One of the biggest game announcements was ARMS. Players are able to fight against friends and see who is the better boxer. Who knows, maybe the next Amir Khan will have a practice at this game? The Joy-Con controllers work brilliantly for this game. Check out this video to see the console in action:

How did fans at the #NintendoSwitch UK Premiere get to grips with ARMS – a new kind of fighting game? Find out in this video… pic.twitter.com/xT2ClSG5B6

Fans will find the console very reminiscent of the Wii. But this is intentional. As General Manager, Shinya Takahashi puts it:

“Nintendo Switch has inherited DNA from each of the many hardware systems that Nintendo has released to date.”

Since the Nintendo Switch presentation, additional games have been announced as launch games for the Nintendo Switch. Trailers have emerged of titles such as Legend of Zelda: The Breath of the Wild and Splatoon 2. The furore around the console has sent pre-order sales sky-rocketing. 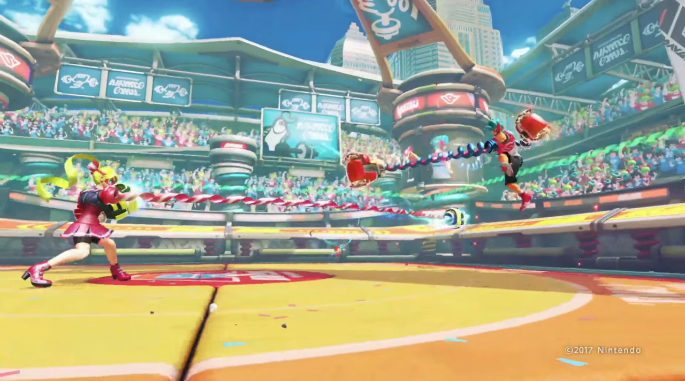 Can get everyone get Nintendo Switch?

Sadly, this isn’t the case. In India, Nintendo doesn’t officially sell their consoles and games. This is a shame as Nintendo Switch could help to invigorate India’s interest in console gaming.

Speaking to Pocket Gamers, Indian game developers gave their opinion on the matter. Abhinav Sarangi says: “If they launched in India at an aggressive pricing point, I can see it taking a share of the market from other consoles.”

By combining new features with old, Nintendo Switch proves to be a rival to match all other consoles. Nintendo shows how their unique console can be loved by gamers of all ages. This is a console not just for kids or Nintendo fans, but for everyone.

Hopefully, in time, Nintendo will share its newest creation with the entire world. Nintendo Switch releases on 3rd March 2017.

Titanfall 2 ~ Best First-Person Shooter?
Top Upcoming Games of 2017 to Look Out for