Musician, Roach Killa, caught up with DESIblitz to talk about his collaborative song, ‘Switch’ and the impact of reggae and Punjabi fusions.

"When reggae meets Bhangra, it is magical."

South Asian lyricist and producer, Roach Killa, is an innovative artist who has collaborated with Jamaican icon, Conkarah, on the 2021 hit, ‘Switch’.

The track sees a refreshing blend of reggae and Punjabi sounds, which Roach infiltrates with his hard-hitting Punjabi rap.

The party anthem is another reminder of how reggae and Punjabi can fuse for an energising as well as a unique experience.

What’s even more inviting is the music video. Incorporating the vibrancy of both Jamaican and South Asian cultures, the spectacle is a celebration of heritage and talent.

Born in Libya, then migrating to Canada and residing in Birmingham, UK, Roach’s journey has been turbulent but perceptive.

Surrounded by different communities and languages, the artist was heavily influenced by Caribbean music, whilst discovering legendary influences like The Wailers, 2Pac and Rakim.

Impressively, Roach draws from the creativity of his inspirations but infuses his Asian and Arabic roots into his productions as well.

The result is an exhilarating sound with universal appeal. This is evidently seen throughout the catalogue of Roach Killa, with tracks like ‘Heartbroken’ and ‘Aa Toh Sahi’.

Although, it was his feature on the blockbuster song ‘Girl I Need You,’ which really elevated his status. The song is in the 2016 film, Baaghi, and has over a spectacular 12 million Spotify plays.

Roach’s uplifting energy, urban nuances and diverse instrumentation personify an appreciation for music but also his pride in the cultures he represents.

Having gone on to work with hip hop mogul Tory Lanez and of course Jamaican sensation, Conkarah, Roach is set up for an exciting continuation of success.

DESIblitz met up with Roach Killa to discuss his interesting upbringing, working on ‘Switch’ and the impact of reggae music.

When did your love for music begin? 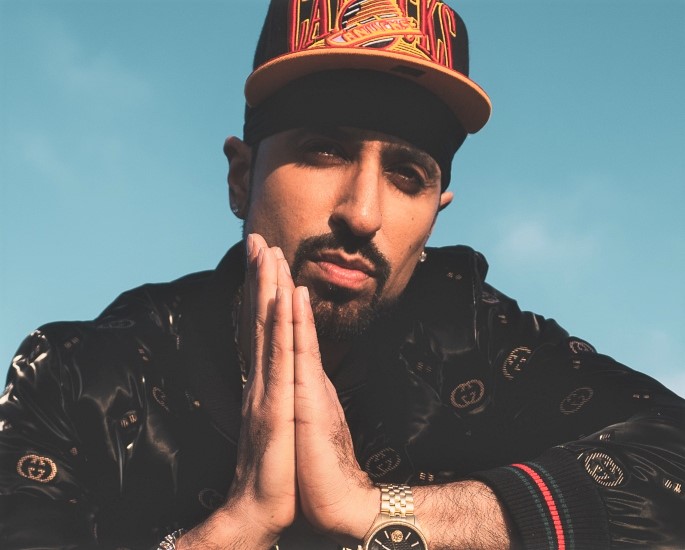 I was always into music since my dad used to sing Bollywood songs, ghazals and Punjabi music around the house.

I used to love listening to him and trying to copy him.

As I got a bit older, I started to try to emulate the singers and found myself singing at all the family functions. So, I knew I couldn’t stop there.

I was sneaking out of my house to go to parties and day jams. I would stand next to the DJ till he gave me a chance on the mic.

The funny thing was I was singing LIVE and no one even knew and they kept jamming, which made me think, ‘I cant be that bad if they’re still enjoying themselves’.

“I never looked back from that moment.”

Which artists have influenced you and in what ways?

There are many artists along the way but Apache Indian was the artist that gave me the inspiration to pursue this as a career.

I migrated to Canada at a very young age and the area I grew up in was full of immigrants, of which the majority were Jamaican.

So reggae was part of my growing up and with Apache Indian’s style, it gave me an extra boost to see someone from our culture blending reggae music.

That was the very beginning of my musical career. Then I heard ‘Golden Star’ by Bally Sagoo and Malkit Singh and that was a Punjabi reggae vibe.

So that drew me even closer to the sound. So much of the 90s Bhangra music was a fusion with reggae, so I was just drawn to it.

What elements would you say make your sound unique? 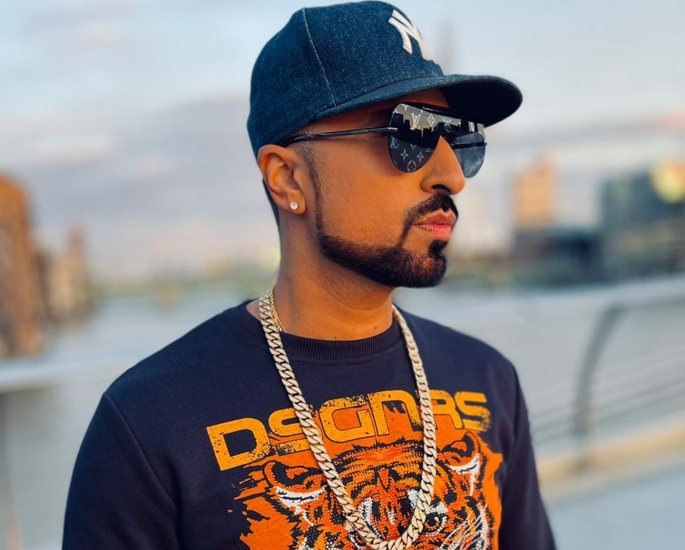 I was born in Libya, my parents were born in India and I grew up in Canada.

Being born and raised in different places allowed me to use that upbringing and create a unique sound of different cultures.

This resonates with so many people worldwide, which I feel gives me that edge.

You don’t see me in interviews pretending to be Jamaican but I love the style, I love the culture and I love the food.

I grew up in it but I’m still bringing my own roots of East Indian flavour mixed, with my Arab upbringing in Libya.

“Music has no language, all we have to do is connect to the moment.”

How have the different cultures and surroundings impacted your music?

Music is its own language. Being raised in different parts of the world allowed me to experiment with different genres and sounds to create my own unique sound.

This is the reason why I feel that I connect with a massive fan base around the world. Music is a feeling and it could be any genre.

I listen to so many types of music in so many different languages, and even if I don’t understand the lyrics, the music makes you feel part of that moment.

How did working on the track ‘Switch’ come about? 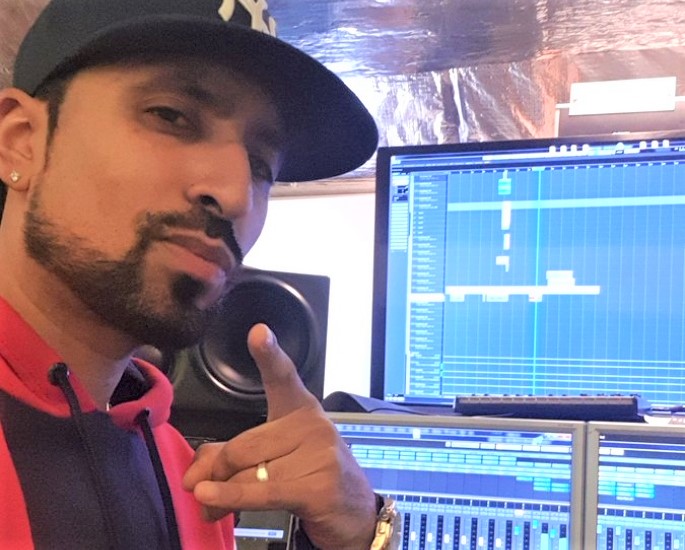 My management came to me with an opportunity to work with Conkarah, the “Jamaican Pop Star” via BMG/US and they were looking for something edgy for the next single.

So I took this opportunity to produce a fusion of reggae and our eastern roots and came up with the tune, which allows a perfect blend of east meets west and a danceable number.

I wanted the authentic Punjabi sound, hence, the tumbi, which was played by B2 on the record.

“Conkarah’s vocals on the track make you jump out of your seat and just makes the gyal dem move. Big up King.”

What has the reaction been like to the song?

People love the collaborations and when the song is infectious and a dance number, it’s a win-win.

I want to see people in Jamaica in the dance hall mashing up the floor to this riddim. We’re getting a lot of love from all around the world.

It’s such a blessed feeling to hear non-Asians connect to our culture through a fusion and enjoying the sound. 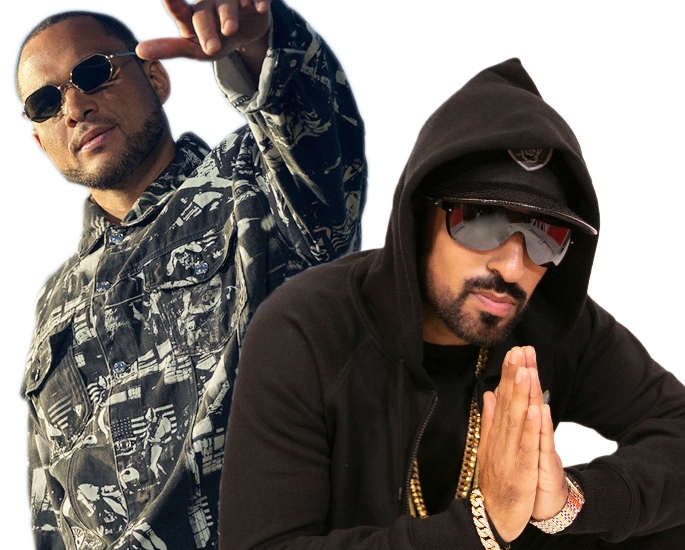 Conkarah is a great artist and it was great to work with him.

We shot my parts of the video in London, UK, while Conkarah was in Kingston, Jamaica.

I would have loved to travel to Jamaica to shoot the video but due to the circumstances we are living in, it was a bit difficult but we made the best of it.

“The team in London was amazing to work with.”

Shout out to Grade A Productions for such a fun and hard-working video.

I learnt from Conkarah that music is universal and it doesn’t matter what the language is, it’s the feeling that makes you connect to a song.

Why was it important for you to stick to your South Asian roots on ‘Switch’?

You can’t forget where you come from. Of course, we make songs that are completely non-Asian as well.

But sometimes when you are introducing yourself to a new audience, it’s important to have your stamp on it so you can open a whole new audience to our culture.

Originality is key, competition is fierce, so we must stand out.

We have to bring something to the table that is unique and different from what the average person listens to in order to catch their ear. Don’t be afraid to experiment. 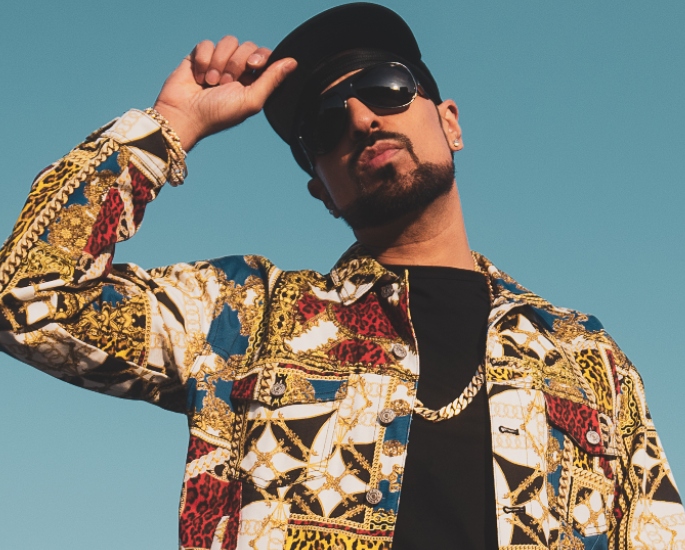 I think Bhangra music, even since the 90s, has always had a special relationship with reggae.

It just works so well, from Bally Sagoo to Apache Indian to Sahotas and many more.

“The sound of the tabla or dholki on a hard reggae drum beat sounds intoxicating and infectious.”

“The bassline with the tumbi pierces through your speakers. When reggae meets Bhangra, it is magical.”

As you can see, the previous hits after hits are reggae and Asian fusion, but regardless, whether reggae or not, everyone should explore and experiment.

Where do you see the future going for reggae and Desi fusion projects?

As I said, it’s always been part of our culture to fuse with reggae. So, I hope that more artists go down that lane and keep the culture going.

I see a lot of young artists connecting with trap beats and reggaeton but dancehall reggae is a different feel.

Apache Indian’s ‘Chok’ is one of the all-time classics and ‘Mera Laung Gawacha’ by Bally Sagoo is still a banger after 30 years.

So, it shows that there is a great listenership for that sound and I hope more artists tap into it.

You reside in Birmingham, what’s your view of the South Asian music scene?

It’s a beautiful thing. When we were growing up, the UK was the hub of Asian music, so I decided to move here to pursue my dreams and career.

I have been blessed with the amount of love I get here so I know I made the right choice.

So, being in the city made me connect to history and I wanted to be a part of that for generations to come.

What future projects can you tell the fans about?

I always try to do music that is timeless. Even in 2021, when you play Yaara Dildara, it sounds fresh but it was recorded in 2006.

I am enjoying myself and that’s when your best work comes out.

“Music is as natural to me as breathing, so until my very last breath, you will be hearing Roach Killa!”

It is clear to see how encompassed Roach Killa is with showcasing his different attributes and experiences through music.

His knowledge of historical artists and influential sounds has allowed him to create mesmerising tracks. It has also motivated Roach to deliver a variety of songs that complement his soothing voice.

Notably, these have accumulated into two captivating albums – The Revolution (2009) and Verified (2019).

Both albums were saturated with infectious beats and South Asian flavours, with electric glimpses of western sounds.

Moreover, with ‘Switch’ being a sizable triumph, Roach and Conkarah are delighted with how the song has impacted the music scene internationally.

It has also motivated Roach Killa to proceed with collaborative projects by linking up with more South Asian artists.

If this is the case, then fans will be delighted to see what innovative techniques Roach can conjure up with these Desi musicians.

Undoubtedly, Roach Killa is on an immense musical streak and his artistry is unquestionable within the industry.

Listen to ‘Switch’ and more of Roach Killa’s catalogue here.