Shehnaaz Gill has released her new song ‘Tu Yaheen Hai’, which is a musical tribute to the late Sidharth Shukla.

“Love and strength to you Shehnaaz.”

The song is a tribute to Sidharth, who sadly passed away on September 2, 2021, due to a cardiac arrest.

Sidharth appears in the music video, through archive footage from his time on Bigg Boss 13.

The song has been performed by Shehnaaz while the lyrics have been written by Raj Ranjodh.

In the music video, Shehnaaz in the present day is seen living a lonely life in an unknown location, lost in her memories of Sidharth.

Her sombre mood is intertwined with their moments on Bigg Boss 13, where they got to know each other.

Viewers see the pair’s best moments inside the Bigg Boss 13 house, which includes their arguments, chats and hugs.

It also features a clip from their appearance on a dance reality show and dancing with each other.

At one point, Shehnaaz imagines Sidharth wiping away her tears and calling her name ‘Sana’.

The music video ends with Shehnaaz walking away, imagining that she is walking hand-in-hand with Sidharth, highlighting that he will always be with her.

‘Tu Yaheen Hai’ received a lot of praise from fans, with many saying that the musical tribute left them in tears.

One person wrote: “The fact that she respected his privacy and didn’t use a single private video or picture says a lot…. Stay strong sid ki Moti baby, he’s watching you from above.”

Another person said: “Love and strength to you Shehnaaz.”

Another post read: “I cried at the scene when he called your name ‘Sana’.

“If being no one hearing that voice can give this pain. I can’t imagine your pain Sana. Stay Strong.”

A fourth person said: “Lots of blessings to you Shehnaaz. This was so heart wrenching! His voice in the end was just so sad.

“Beautiful song and tribute to Sidharth. You both were together, are together and will be together forever.”

One viewer wrote: “This is not just a song, it’s an ocean of emotions, an ocean of love heartbreak and the fact that we are able to connect so deeply to this makes this 100 times better.

“Shehnaaz, so much respect for you honey.”

Sidharth Shukla and Shehnaaz Gill became popular on Bigg Boss 13 for their close bond, affectionately known as SidNaaz. Sidharth went on to win the show.

It was heavily speculated that they were in a relationship but neither person confirmed it. 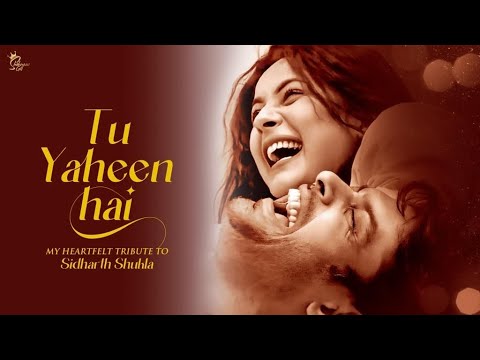 Dhiren is a journalism graduate with a passion for gaming, watching films and sports. He also enjoys cooking from time to time. His motto is to “Live life one day at a time.”
Roach Killa on Cultural Impact, ‘Switch’ & Fusions
Ranjit Bawa’s ‘Att Toh Aant’ accused of Slut-Shaming