“We really need to abolish the Punjabi music industry."

The song that has amassed over two million views on YouTube has been accused of slut-shaming women and promoting homophobia.

In the music video, Ranjit sings:

“Women have lost their shyness.

“Queer couples are involved in lust.”

As the Punjabi singer’s song continues, images of women and a same-sex wedding are shown in the music video.

The artist has been known for being a bold singer and is recognised for addressing topics such as drugs and alcohol in his songs.

The song quickly attracted a lot of attention. Despite its viral status, ‘Att Toh Aant’ has also received criticism.

Many netizens have taken to Twitter to voice their opinions. Others, in YouTube reaction videos, have added their comments to the subject matter raised by the video.

Some have claimed the song “invalidates queer relationships” and “slut-shames people’s bodies”.

“The Punjabi music industry has a giant misogyny and homophobia problem.

“Feels like they need a reminder that female empowerment and Queer liberation aren’t modern concepts.

“They’ve existed in South Asia for thousands of years until we were colonised.

Ranjit Bawa in his new song has slut shamed women (I am sure the photos shared isn’t consensual) and made queer-phobia statement by sharing photos of queer -wedding. (1/n) pic.twitter.com/LySLUlQbcQ

Another user said: “Ranjit Bawa has always used people’s emotions for his own good.”

“We really need to abolish the Punjabi music industry.

“They have been using our emotions for their financial and social profits.”

Whilst Ranjit sings the song, the lyrics were penned by Lovely Noor.

A Twitter user said: “The fact that this keeps happening is so embarrassing.

“It’s like all the Punjabi music industry know is misogyny, homophobia, casteism and the glorification of alcohol.”

Simiran faced backlash in September 2021 for encouraging ‘victim-blaming’ with her song.

As a result, the music video was ‘Lahu Di Awaaz’ was temporarily removed from YouTube.

Ranjit rose to fame with his single ‘Jatt Di Akal’ in 2015. He has also acted in many Punjabi films including Khido Khundi and Tara Mira.

Ranjit Bawa is yet to make a statement in regards to ‘Att Toh Aant’. 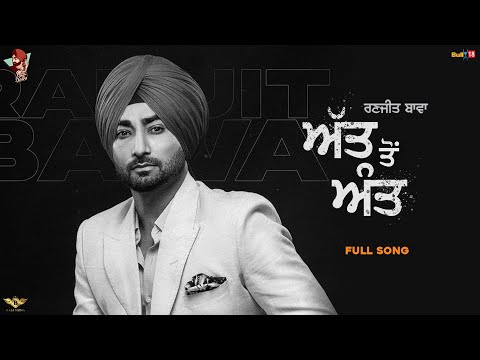