The woman Punjabi singer, Simiran Kaur Dhadli’s latest song has attracted lots of attention with a mix of criticism and praise.

The track is both sung and penned by Simiran

The song that has garnered popularity on YouTube addresses the rise of women who expose their bodies on Instagram.

It has attracted huge interest from the cultural purists and those opposing her views.

Simiran Kaur Dhadli’s song suggests that women on Instagram and other social media and cam platforms are willing to show off their bodies for likes, comments and followers in return.

She compares the Desi women of the 21st century to those of the past and highlights differences, she herself, is witnessing.

Using Punjabi religious and cultural connotations, Simiran uses imagery to depict the loss of respect and humility in women that she once saw. 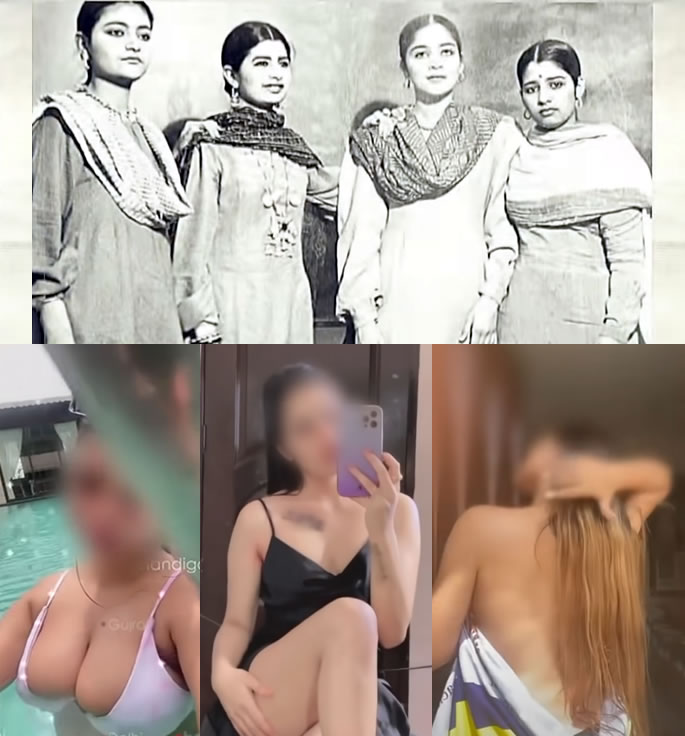 The artist has been known for being a bold writer and is considered a standout artist from the Punjabi music industry.

On YouTube, the music video has attracted over 1.9 million views and it includes snippets of reels and posts shared by Instagram users.

Clips of social media influencers such as Meeti Kalher and Moose Jattana are also included in the music video.

Lahu Di Awaaz is currently trending on the YouTube charts.

However, the track has also received criticism.

Many netizens have taken to Twitter to voice their opinions. Others, in YouTube reaction videos, have added their comments to the subject matter raised by the video.

Some have claimed the song is ‘misogynistic’ and encourages ‘victim-blaming’ whilst others say the song is ‘empowering’ and agreeing with Simiran’s points of view.

The music video for the song has since been age-restricted, meaning that users who are under 18 years of age or signed out cannot watch it only on YouTube.

This is due to some of the adult-themed clips and imagery used and YouTube is known to age-restrict videos if they have received several reports from users.

Simiran is known for her bold songwriting and often receives praise from fans.

The track is both sung and penned by Simiran.

Celebrities such as Sidhu Moosewala, Honey Singh and Deep Rehaan have expressed their love for the song.

The male Punjabi artist has also made headlines for his fair share of controversial comments.

As a whole, the Punjabi music industry doesn’t shy away from controversies.

The controversial song has undoubtedly elevated the Punjabi singer to new heights.

However, her account has since been removed from the photo-sharing platform.

There is speculation that Simiran’s account may have been deleted due to her latest release.