Lilly Singh has faced backlash on social media in response to her latest ad for an alcohol brand. Netizens have called it “tone-deaf”.

“This is a complete bastardisation of Diwali."

However, the ad has received backlash from netizens, with many calling it “tone-deaf” and “inappropriate”.

In the ad, Lilly talks about Desi party stereotypes including “awkward side hugs with uncles” and “getting asked about school”.

Whilst Lilly claims she loves these things, she says a little progress is good before she states women no longer have to secretly drink alcohol at gatherings.

She then says there is one label that always impresses her family before she showcases a bottle of whiskey.

Lilly closes the ad and says:

“To new beginnings and to making strides big and small.”

Despite its viral status, many netizens are not happy with the ad and took to social media to share their thoughts.

One user said: “It’s always so disheartening to see these influencers use their platforms for the advocacy and promotion of drinking, especially to their communities, which are already plagued with alcoholism and addiction-related deaths.”

Another user wrote: “The gymnastics you have to do to label an alcohol advert using Diwali to sell it as ‘progressive’.

“This is just outright disrespectful to those within their communities who are devoted to their faith and what the significance of Diwali and Bandi Chhor Divas is to them.

A third said: “I don’t know how the Hindu community isn’t demanding an apology for this.

“This is a complete bastardisation of Diwali and antithetical to its spiritual and cultural significance, by a non-Hindu collecting a paycheque in the process.”

Lilly Singh is yet to address the backlash.

Meanwhile, Lilly was joined by Priyanka Chopra at her Los Angeles Diwali party.

Videos and pictures from the party emerged on social media in which Priyanka and Lilly can be seen dancing together.

Taking to Instagram, Lilly shared several pictures from the party and wrote:

“Last night was a movie. Love and Light with the Desi squad.

“Honoured to be surrounded by such incredible people.

“I’m going to have to make this an annual thing.” 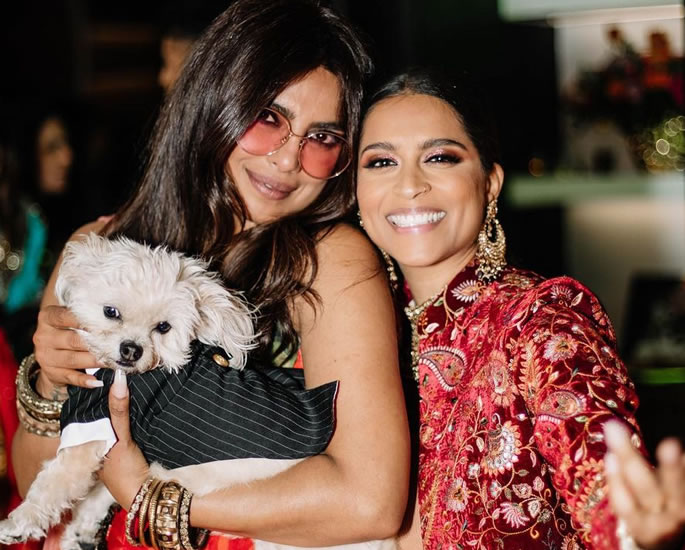 Before this, Priyanka had invited Lilly to her Diwali party at her Los Angeles residence.