Ranjit Bawa has gained popularity as a Punjabi singer quite rapidly. DESIblitz met up with him to find out more about his career and journey in music.

"One thing I liked was he never praised me to my face."

Ranjit Bawa is a name in Punjabi music many know and love. His songs are popular and his singing, infectious with his unique style.

DESIblitz had the opportunity to meet up with Ranjit Bawa for some gupshup about his career and his journey to becoming an established singer in the Punjabi and Bhangra music industry.

Born on 14th March, 1989, in Wadala Granthian village near Gurdaspur, Punjab, India, Ranjit Bawa had aspirations to become a singer from an early age.

He attended many melas and shows and was desperate to be given a chance to sing at these events.

One in particular, he recalls was a mela near his village, which did not end as expected. Bawa went to the function with the ambition to sing and was eagerly sat at the front of the stage.

To sing you had to plead with organisers to be given a time slot. This he did, and he awaited his turn.

As he waited, a gust of wind forced the sound box on the stage to get knocked over and it ended on Bawa’s head. The box cut his head open causing the start of bleeding.

Worried organisers asked Bawa which village he was from and Bawa told us his response was:

“I replied I will tell you after but first give me time to sing!”

As he addressed them with a cut in his head and shirt ripped. Showing how determined Bawa was as a young man to perform and show his talent at a young age. 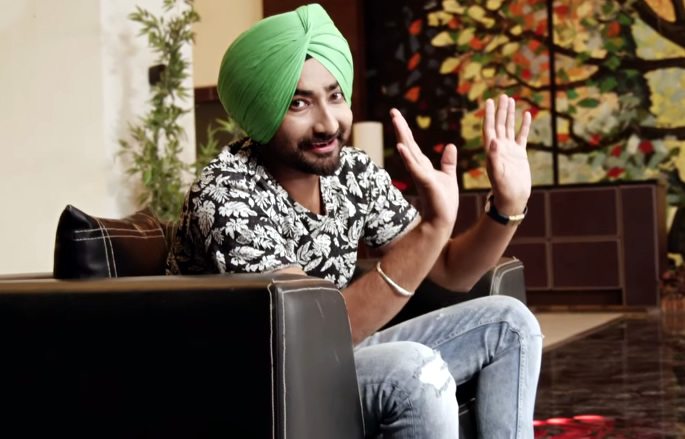 To be successful in any career, family support goes a long way. This was certainly the case for Ranjit Bawa.

He was fully supported to pursue his career in music by his family. He says:

“From the first day, they made me learn and train. They were fully behind me.

“Maybe due to that support and encouragement I’m sitting here in front of you today.”

With a strong belief that learning your craft is essential to be successful, Bawa had formal training from his teacher called Master Mangal. Speaking fondly of his teachings, Bawa recalls:

“One thing I liked was he never praised me to my face.

“I was usually beaten and sworn at. Such that I would do good work (reverse psychology). Because if he praised me it would lead to ego.

“But behind my back he told people I was good.”

This kind of traditional approach to teaching the craft of music and singing is common in India. Praise has to be really earned from your teacher and seldom given to your face. 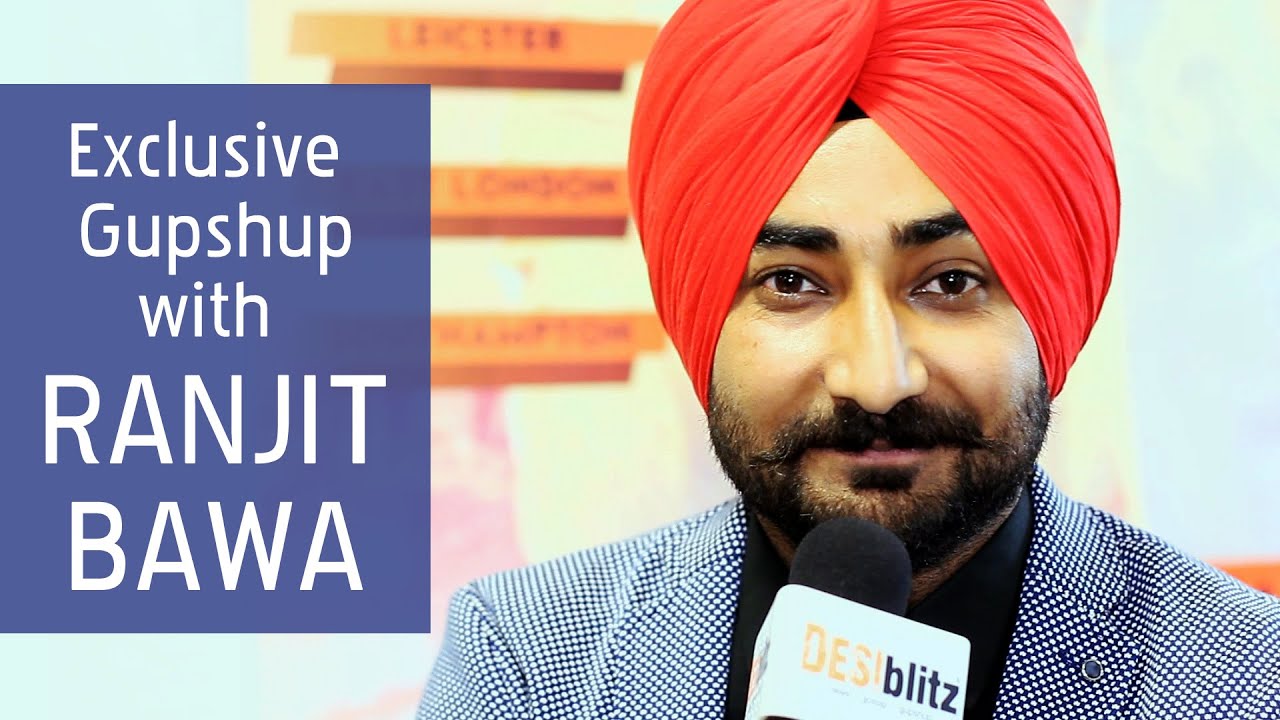 Whilst doing his studies at Guru Nanak College in Batala and his post-graduation at Khalsa College in Amritsar, Bawa took part in many singing competitions.

There were many singers who were better than him at college so he practiced very hard to earn the first position for six years in a row. To win, he sang the song ‘Bol Mitti Deya Baweya’.

He sang this song at a festival where he received a standing ovation for the first time. This song led to him being called ‘Bawa’:

“This song really got liked by everyone that they started to call me with the name ‘Bawa’. I began to really like it too. People calling me ‘Bawa’.” 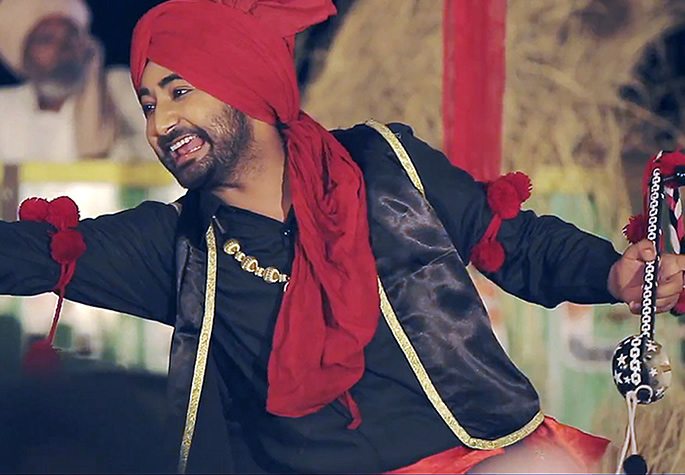 Ranjit Bawa garnered fame from his single ‘Jatt Di Akal’ in 2013, a song that he was advised by most people not to do. Due to the nature of the tough subject related to the Sikh killings in 1984.

However, he didn’t agree:

“When the video got made the song got lots of love. This brought me the attention of the audiences.”

The song won the “PTC Best Folk oriented Song Award” given to Bawa by the Punjabi TV channel PTC.

The success of the single gave him the inspiration to work towards producing an album. In 2015, Ranjit Bawa released his first album called Mitti Da Bawa.

This album became a hit but Bawa remembers it was not straightforward when it came to making it. He had prepared a different album but the company due to release it ended up falling out with him over contractual disagreements. So, that initial album never got released.

Talking about switching to Mitti Da Bawa, he told DESIblitz:

“So after that I had to once again find new songs and recorded them very quickly.

“I never thought that after my fear of the outcome the album would be such a big hit and I would get so much love.”

The album won the ‘Best World Album’ award at the 2015 Brit Asia Awards. 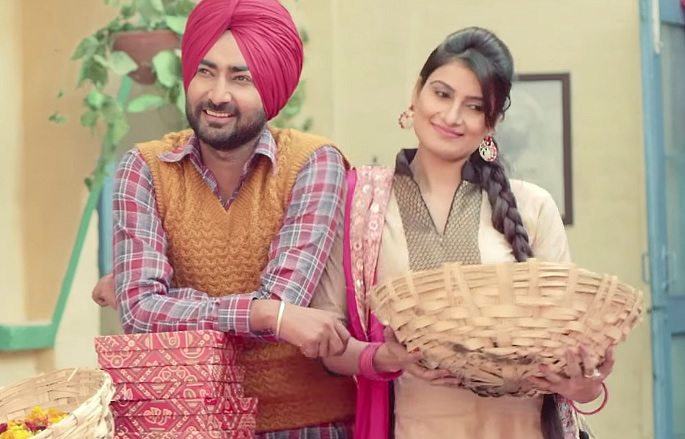 When asked about his view on artists who love to wear sunglasses and play the role of stars but have no singing ability, Bawa gave his answer as to why:

“When you are nervous you use this style to hid behind it.”

“I feel a person who knows the game he doesn’t need to do this. The player of the game knows what to do. So, it’s the same in this case.”

Discussing the state of the music industry in Punjab, he says:

“The industry is okay.. the new guys coming through are not learning their craft.

“The ones that are good, who have learnt their skill will progress. Those that have not, they should learn.”

Bawa feels it is important for any artist to study and learn in order to be really successful. It really is a case of what you put in, is what you are going to get out. Music is a medium that requires you to focus and develop real abilities only by learning. A mantra he has followed very closely.

Judging from his approach and his success to date, it is noticeable that Ranjit Bawa is a singer on a mission to succeed in every way he can.

Bawa wants to be versatile not just as a singer but as an actor too and will be appearing in Punjabi films in the near future.

And of course he will be producing more music and songs that will earn him the love, respect and fame he deserves, as a Punjabi singer with lots of charm and charisma.

Jas likes to keep in touch with the world of music and entertainment by writing about it. He does like hitting the gym too. His motto is 'The difference between the impossible and the possible lies in a person's determination.'
Tiger Shroff & Jacqueline show Swagger in ‘Beat Pe Booty’
The Bhangra Competition returns to London for 2016