"I’d like to see more singers and more music directors"

For many Punjabi music fans, Sukshinder Shinda is a popular name.

Famously known as ‘The Music Man’, Sukshinder is a familiar face in the Punjabi and Bhangra music industry.

He made his debut in the music industry with the instrumental album ‘Dhol Beat 1’ in 1989.

Since then, the iconic Bhangra artist has produced and collaborated on more than 200 albums including all of Jazzy B’s discography and the majority of Amrinder Gill’s.

Alongside singing, the living legend has produced many music videos such as ‘Dildarian’, ‘Aish Karo’ and Jazzy B’s ‘Dil Luteya’ among others.

As a result of his success, the charismatic singer and music producer has won several awards including 5 UK Asian Music Awards.

Despite releasing his first professional recording in 1993, the singer-songwriter and bhangra record producer is by no means slowing down.

The award-winning artist continues to shape some of the most prominent musical sounds and careers in the Punjabi music iscene.

Sukshinder, after recently collaborating with newer artists such as Raf Saperra, has returned to the recording booth to release his own music.

DESIblitz caught up with Sukshinder Shinda to discuss his latest single ‘Sher’, the Punjabi music industry in India and how as an artist he survives in the digital age.

How is ‘Sher’ different from your past releases?

This is written by a new writer. He has given beautiful lyrics explaining the difference between the Sher and the Punjabis.

It’s a traditional song with traditional music with a hip-hop sound – the Shinda sound that people like.

The video has been shot in the UK. We haven’t shot a video in the UK for a very, very long time so thanks to Kully, Sai and Steve who did this video.

I’ve worked with these talented guys in the past who have done many of my hit videos.

What is the message of ‘Sher’? 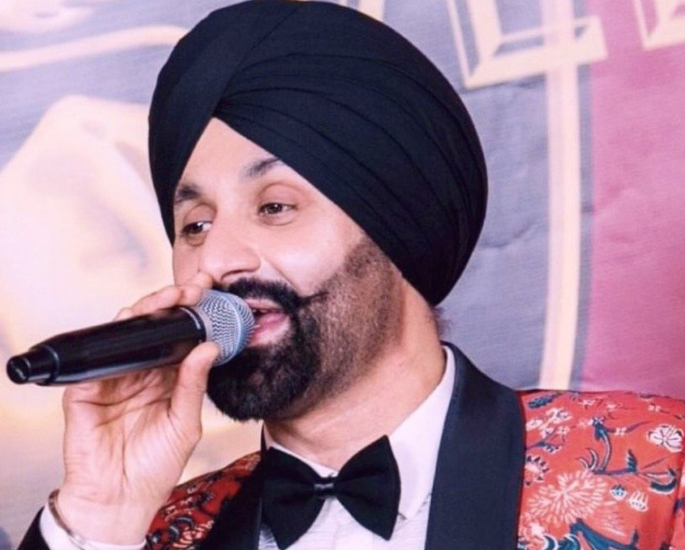 It’s a very powerful message, it’s dedicated to all the Punjabis worldwide.

Anywhere in the world, you will see Punjabis working hard and making an honest living and always giving to charities.

Whenever there’s a crisis worldwide, the Punjabis are always in the front line to help and want nothing back, that’s our nature.

Punjabis stand for justice and truth as that’s our Guru Ji’s message.

How is the Punjabi music scene different in India compared to the UK?

It’s basically the same, everyone has the technology and making R&B and hip-hop beats.

What I miss is when lots of kids back in the days used to come to learn music from Ustad Ji Ajit Singh Matlashi, Ustad Lal Singh Bhatti & late Ustad Baldev Singh Narang Ji and spend time learning the instruments, tabla, dhol and harmonium.

I feel kids nowadays don’t learn the instrument as technology is taking over.

I’d like to see more singers and more music directors, I’m fortunate that I play many instruments and that’s what I bring to my music, with the live feel of the music.

I feel that a Punjabi song should have the dhol beat as that’s what makes you dance.

Do you feel Bhangra music in the UK has lost its appeal? 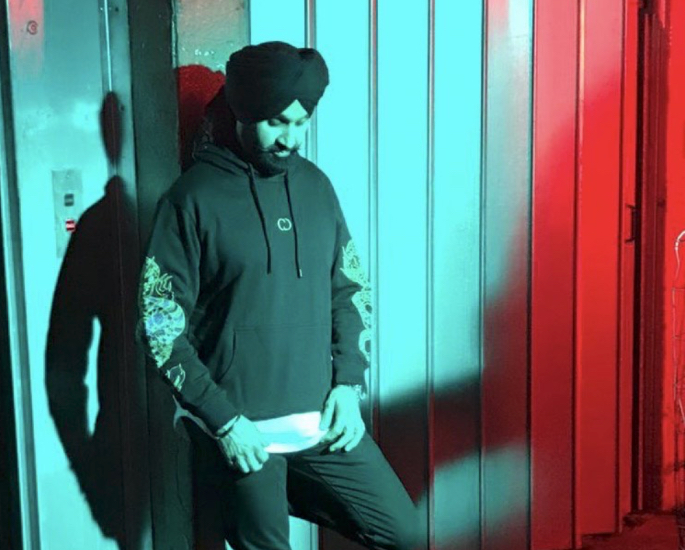 I think Bhangra music will always be there as it’s related to tradition but you have phases where you have western music, hip hop beats and the sound changes.

Also, there aren’t many live bands now back in the days it was live music.

How are artists like yourself surviving in the digital age of music?

Everyone has their own YouTube channels now so it’s much easier as you don’t have to go through companies/labels, so you’re free to upload your music how often as you like.

There’s also more platforms for music streaming which is easy for everyone, also the main income is from shows.

Music is a beautiful thing so I’d like to see more fresh singers and producers.

I was fortunate as I learned from my Ustad Ji’s who I mentioned.

I’d like to thank all my fans for supporting me, I have many more tracks lined up.

Final words… you have to keep at it and work at it. God bless. 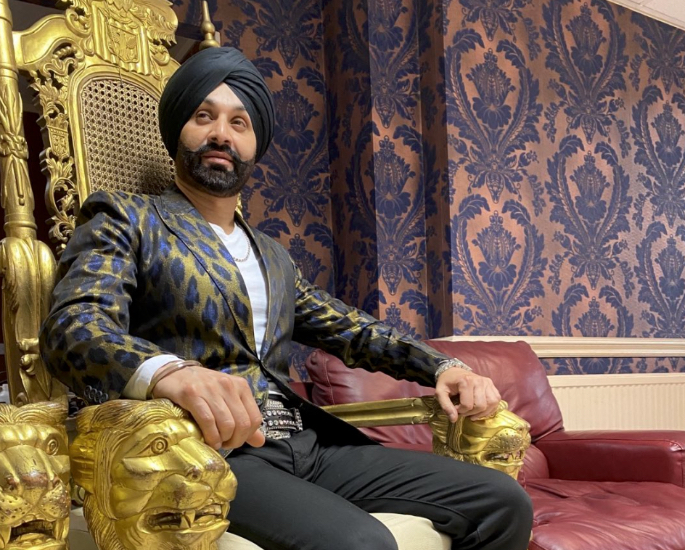 Watch the video to Sher: 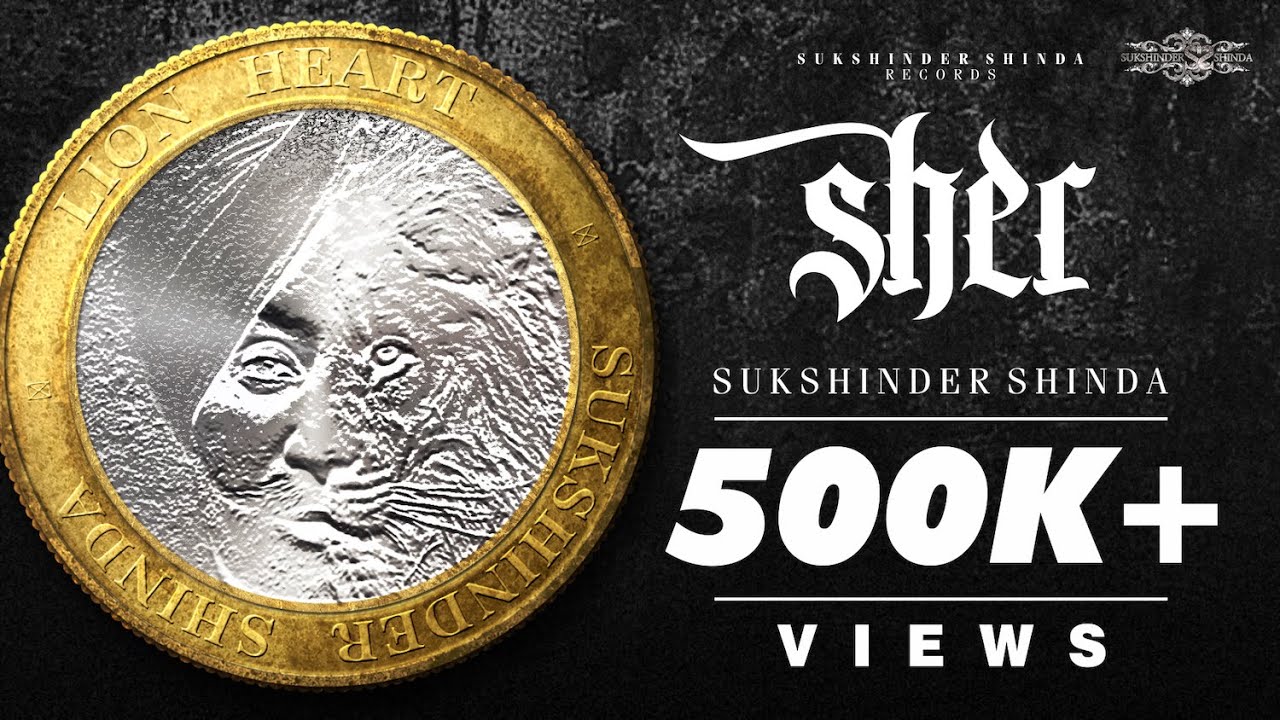 In an interview with DESIblitz in 2009, Sukshinder spoke about his musical journey and his transition from a dhol player to a music producer.

“Basically, like I started off as a musician with tabla and dhol. I played a lot of dhol in albums with Balwinder Safri, Punjabi MC and B21.

“I was playing with very good artists and going in the studio checking out how does this work and everything.

“I would go check out the studio and the equipment, how they were setting up the mics and then I just started.”

Hailing from Handsworth in Birmingham, his career as a musician continues to thrive.

The artist is known for his uncompromisingly, desi and dhol-heavy sound – a sound that continues to inspire new Punjabi music industry entrants.

Speaking about his process when recording songs, Sukshinder said:

“I work more on the composition and then work around it.

“That’s the main thing – lyrics and the actual composition of the song.

“Anyone can make breakbeats.

“It’s the composition of the song and getting good lyrics and good hooks, and I think people want to hear different lyrics.”

“I represent Punjabi culture. And I’d like to say to the youngsters keep it alive because this culture’s so great and there’s nothing like this in the world.

“Any culture, you got to keep it alive.”

Sukshinder Shinda, alongside other Bhangra artists and bands such as Alaap, Heera, Malkit Singh and  Balwinder Safri, helped to accelerate the growth of British-born Bhangra. 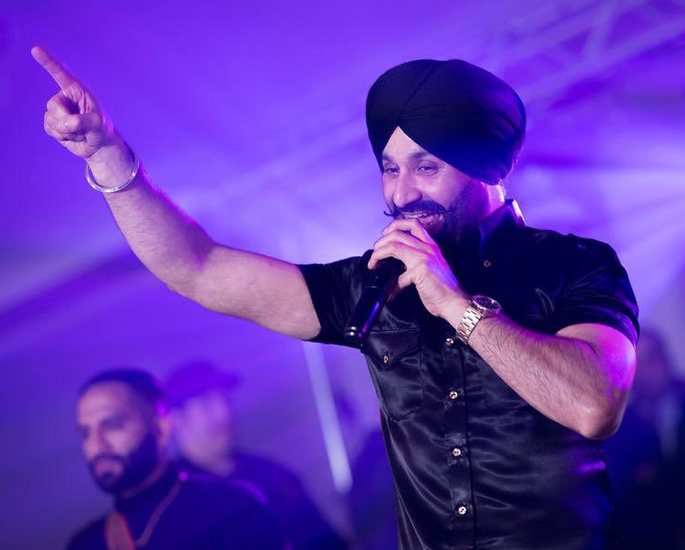 Despite the progressing modern evolution of Bhangra with hip-hop beats and western collaborations, artists such as Sukhshinder Shinda are choosing to stick to their roots with their music.

Sukshinder collaborated with Raf Saperra in June 2021, making him the first-ever UK-born artist who Sukshinder accepted as a mentee.

The collaboration with new Punjabi artist Raf Saperra is also helping to reignite and bring back British Bhangra.

Raf Saperra is a London-born Punjabi folk singer who has spoken about his admiration for Sukshinder many times.

Speaking about their collaboration with ‘Snake Charmer’, Raf Saperra said:

“Snake Charmer showcased me as a desi talent while being musically and vocally directed by one of the most influential pioneers of Punjabi Bhangra music Mr Sukshinder Shinda.

“To be in the studio with a legend and work so intimately this early in my career is definitely an experience I will never forget.”

The consistent release of songs such as ‘Sher’ by Sukshinder also attracts a newer, younger audience to Bhangra, helping to maintain and prolong the traditional Bhangra sound.

Traditional Bhangra is widely recognised by drums and string instruments. Western instruments such as electric guitars are also incorporated.

The harmony is simple, with one or two repeated chords.

Sukshinder’s latest single ‘Sher’ is a perfect example of this.

The song fits the Bhangra category perfectly with the accompaniment of traditional hallmark sounds such as the dhol and tumbi.

The appetite for traditional Bhangra music still exists and Sukshinder Shinda is an artist who continues to wholeheartedly cater to it.

With no sign of a finish line, DESIblitz looks forward to hearing more from Sukshinder Shinda.

Ravinder is a Journalism BA graduate. She has a strong passion for all things fashion, beauty, and lifestyle. She also likes to watch films, read books and travel.
Indian BTS fans raise Rs. 1.65 lakh for charity
Why Anu Malik hasn’t collaborated with Farah Khan recently