Is Misbah-ul-Haq the Right Choice as Pakistan Cricket Coach?

Questions have continuously been raised following the appointment of Misbah-ul-Haq as the Pakistan cricket coach and chief selector. We explore this debate.

"I think making a single person too powerful won’t work"

Ever since Misbah-ul-Haq was unveiled as the Pakistan coach and chief selector eyebrows have been raised in cricket circles.

Whilst no one doubts the services and sincerity of Misbah, it is somewhat a strange decision to appoint him.

Even though Misbah has coaching qualifications, he does not have the rich experience that others potentially had.

Critics of Misbah feel that he has a very slow-moving approach. He is someone who will often not take the pull by the horns. However, there are others who have faith in him, believing that he will deliver.

Then there is also the argument about why has he been given more than one role. Is this so that he can have the power to lead effectively? Or will this prevent his performance as a coach?

We delve further into this debate about whether he is the right choice as Pakistan cricket coach and chief selector. 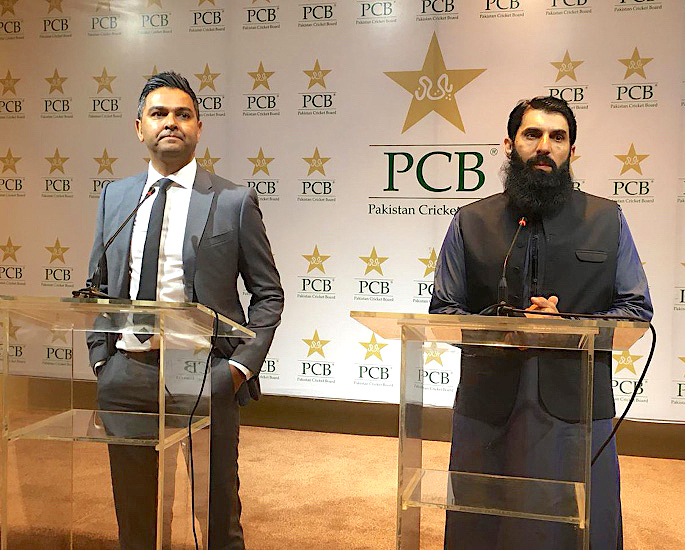 It was surprising for many that Misbah-ul-Haq got the nod for the coaching position during September 2019. This is considering Misbah only left International cricket in 2017 when retiring from Test Cricket.

Normally an ex-player will gain substantial coaching experience at the under 19-level or with the A teams.

Misbah had neither exposure, which makes his appointment as coach of the Pakistan national team very debatable. Even Rahul Dravid, the former wall of the Indian batting line up opted to coach the under-19s first.

Then to actually give Mishah a dual role, which includes him being the chief selector raises further questions.

After all, a good chief selector needs to identify genuine talent featuring in domestic cricket. He will not be able to do that regularly, especially when coaching and travelling with the team overseas.

Former Pakistan cricket captain Moin Khan believes handing him the two most powerful roles was not a wise decision:

“I think making a single person too powerful won’t work for Pakistan’s cricket.”

It is ironic that when Ehsan Mani took charge of the Pakistan Cricket Board (PCB), there were reports about clamping down on dual roles. Yet this issue has become contentious, with no consistency on the matter.

After hiring the humble services of Test spinner Nadeem Khan, the PCB claimed that he will bridge a gap between the six selectors and the coach. This includes looking out and reporting on high performing players at the local level.

“When we had unveiled Misbah-ul-Haq as chief selector and head coach, we had stated we will provide all necessary support to allow Misbah to fulfill his responsibilities and achieve his objectives and targets.

“Nadeem’s appointment is a testament to that statement.” 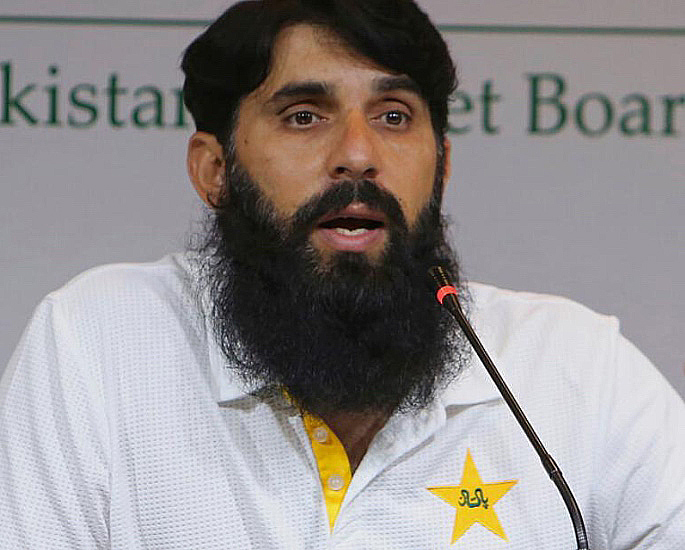 Taking his career into account, there is a concern that Misbah-Ul-Haq has a defensive mindset. This is particularly in relation to limited-overs cricket.

During his playing days, Misbah was familiar as a tuk tuk (slow batting approach) player.

Considering his breakthrough came late in international cricket, his strike rate of 73.75 was relatively low. This too during a modern cricket era.

The unpredictable Pakistan side often does not get a fast start. Hence, the question is how can Misbah transform the batting line up when his own toiling approach was very sluggish.

This reflects in his captaincy in One Day International cricket. His win ratio as captain in ODIs was only 51.72 %.

Ahead of the limited-overs Sri Lanka tour to Pakistan in 2019, a reporter asked a question about the home side and Misbah himself not having an impressive strike rate:

“There has been more of tuk tuk than hard-hitting. The cricketers have scored centuries off 235 balls or more.

“Even in your time, as a batsman even you approach was more of tuk tuk than hard hitting.”

“So as the new head coach and batting coach will you allow these players to continue with the tuk-tuk?”

“In my opinion, there is a lot of stress on tuk tuk in your question. I think you did not get the car today. Or maybe you were taught to come up with this question in order to anger the head coach.”

To make matters worse, Misbah did not get off to the best of starts as coach against a second-string Sri Lanka side. Despite Pakistan beating the Islanders 2-0 in the ODI series, they lost 3-0 in the T20 leg of the tour.

The whitewash was quite embarrassing for Pakistan. They were the number one team in this format of the game.

To put things into perspective, the best Pakistan batsman Babar Azam had a mere average of 14.33. And that too with an 82.69 strike rate. 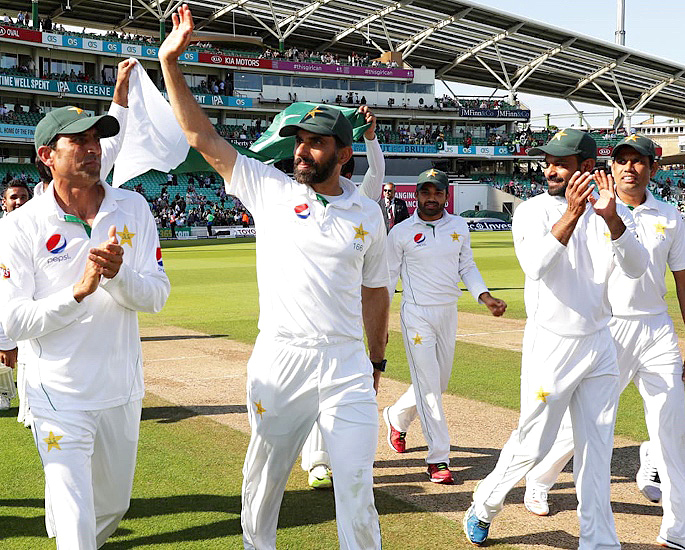 Supporters of Misbah-Ul-Haq will argue that he has a positive approach. This is because he is the most successful Test captain of Pakistan. He has a win-loss ratio of 1.71, along with scoring 5222 runs at an average of 46.62.

Dismissing the tuk tuk label, he has the second joint-fastest Test century off 56 balls. The other being, West Indies legend, Sir Vivian Richards.

Although it has to be said, barring the unbeaten 101 he made against Australia in Abu Dhabi (2014), his general approach in Test Cricket was slow.

However, another point in favour of Misbah was his Test captaincy. Pakistan made it to the top of the ICC Test rankings in 2016. Pakistan was previously number one in 1988.

Former PCB Shaharyar Khan at the time spoke highly of this achievement and the contribution of Misbah:

“The ascension to the top of the ICC Test rankings culminates an incredible journey for Pakistan.

“This is a historic moment in our rich Test cricket history. And the credit for this great achievement goes not only to this team but to all.

Thus, the Misbah camp will naturally feel that a similar approach as a coach, can pay dividends.

This topic will intensify further, with Misbah being appointed as coach of Pakistan Super League franchise Islamabad United.

According to Wasim Khan by permitting Misbah to coach in the PSL, this would eventually be to “Pakistan’s benefit.”

Only time will tell if having multiples roles can have a positive effect on the national team. But one thing for sure is Misbah lacks the experience.

Under Misbah-ul-Haq Pakistan also lost 2-0 to Australia in the three-match T20 series down under. Besides Babar Azam and Iftikhar Ahmed, the Pakistan batting was clueless.

Unless the Pakistan cricket team start winning, this debate will endlessly go on.