Amir Khan reveals his Net Worth from Boxing Career

In an interview, British boxer Amir Khan has revealed how much money he has made over the years during his boxing career.

From his long boxing career, Amir Khan has stated that he has made approximately £60 million.

While he is still looking for several big-name fights, he has admitted that his time in the sport is coming to an end

With his 33rd birthday approaching in December 2019, the former unified world champion has maximised his earning potential throughout his career.

He has also revealed that he has taken measures to ensure that his family would be taken care of, in the event something happens to him or his career in the future.

Khan told World Boxing News: “You know why? Because I’ve seen the mistakes boxers have made when they’re making millions and become broke.

“I never want to be in that position where I ever have to work again or chase money or chase another big fight again.

“Firstly, I’m in a position wherein this game of boxing I’ve walked away with about £60 million already. I’ve made a lot of money in the game.

“I want to make sure I invest it for my family, for my future. God forbid anything happens to me tomorrow, me or my family is going to be safe.”

Amir Khan plans to get back into the ring during the first quarter of 2020, possibly looking to secure at least one final payday before walking away from the sport. 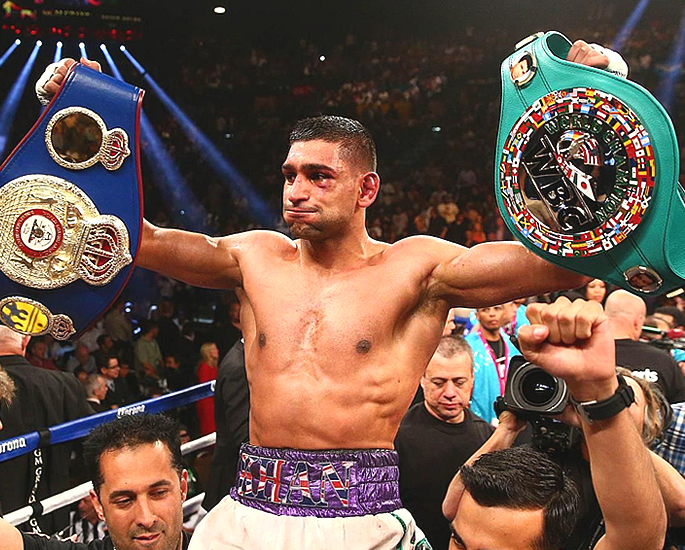 There are a number of names that have been considered including the legendary Manny Pacquiao and Khan’s domestic rival Kell Brook.

On whether a fight between the pair could happen, Khan said:

“I’ve never shied away from any fight. I’ve never turned down any fight, so that’s another reason why the fight could happen.”

“These are big fights out there. I’m in a really fortunate position that being pro for like twelve, maybe thirteen years, that my name is called out by the best.

“My name is still being associated with the best”

Khan’s views on Spence came after the American was involved in a horror crash in October 2019 when he lost control of his Ferrari, causing him to be flung out of the car.

Even though there had been huge fears, Spence only suffered facial cuts.

Among the concerned was Amir Khan, who revealed that he was shocked when he heard what had happened.

“That’s crazy. Errol is a great fighter. I just feel so bad for him because he was top of boxing at that time.”