Pakistan opening batsman Azhar Ali retires from One Day Internationals (ODI). With the 2019 Cricket World Cup not too far, is this the correct decision?

“I made this decision for the betterment of my career."

With the 2019 Cricket World Cup, less than a year away, is this the correct decision?

Azhar has not been in contention in the 50-0vers format for the most part of 2018.  Unfortunately, on his last ODI tour of New Zealand in January 2018, Ali did not make many runs.

In three matches against the Kiwis, Azhar could only hit 12 runs at a substandard average of 4.00. His highest score in the ODI series was six.

The other reason contributing to his non-selection is the ongoing form of Fakhar Zaman and the emergence of Imam-ul-Haq.

The latter is the nephew of the national team selector and former legendary batsman Inzamam-ul-Haq.

Ali made his retiring announcement in Lahore while addressing the media through a press conference held at Gadaffi Stadium.

“This was not an impulsive decision and I put a lot of thought into it. No hard feelings, it is totally my personal decision as I just want to focus on Test cricket only.

“I made this decision for the betterment of my career. I never played T20 cricket, so it makes sense to hang my boots in the shorter formats of the game.” 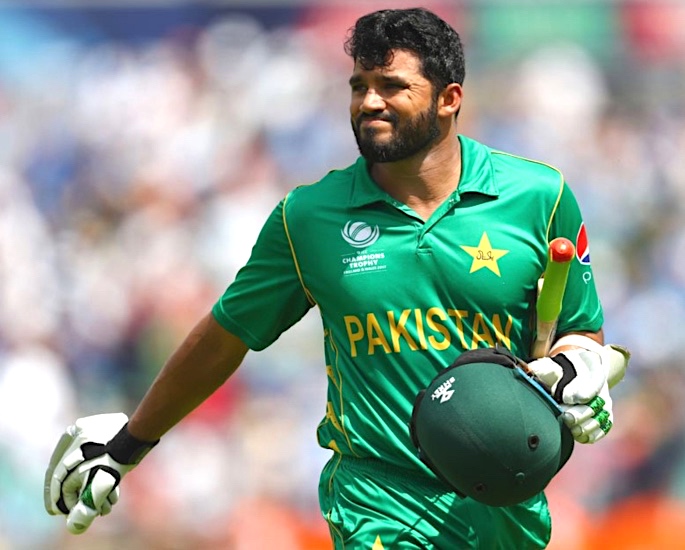 “I feel honoured that I represented the country in 53 ODIs —31 as captain. And I have some fond memories of leading some incredibly talented players.

“I am fully committed to Test cricket and would want to serve the country for as long as I can maintain my form and fitness.

“I would continue to play Domestic One Day and T20 matches.”

Azhar squashed any speculation of feeling unhappy with the national selection committee.

“I have no regrets as I have given my full effort. I have no issue about selection in the shorter formats.”

He also gave a hint to everyone that criticism of late towards Pakistan cricket captain Sarfraz Ahmed is unjust.

Supporting Sarfraz, Ali stated:  “We all have to support Sarfraz because he is leading the side in great fashion.”

Watch Azhar Ali talk about his ODI retirement and memories:

Azhar was also confident that the Green Shaheens have a couple of youngsters who have the talent to take the team forward.

He mentioned that the team was shaping up well ahead of the 2019 Cricket World Cup.

“As a former ODI captain, I wish the team the very best for what is an incredibly important season ahead of the World Cup next June.

“There are some talented young batsmen who are part of the set-up now and I am supremely confident that they will serve Pakistan cricket with distinction.”

According to press reports, Ali has made the decision to retire with injecting new blood in mind.

“Wishing my friend and colleague @AzharAli_ all the very best with with his retirement from ODIs, and with his focus now on Test Matches.

“Your commitment, passion & camaraderie will be missed, however always cherished amongst us. Go well!”

Wishing my friend and colleague @AzharAli_ all the very best with with his retirement from ODIs, and with his focus now on Test Matches. Your commitment, passion & camaraderie will be missed, however always cherished amongst us. Go well! ????

Ali who made his debut in ODI cricket against the minnows Ireland went on to score 1845 runs for Pakistan. Playing 53 ODI matches, his overall average is 36.90.

During his career spanning over seven years, Azhar made 2 centuries and 12 fifties.

In 2015, he notched up his first hundred against Bangladesh, scoring 101 at the Sher-e-Bangla Stadium, Dhaka.

Ali’s highest score of 102 is his second-century. This came against Zimbabwe at Lahore’s Gadaffi Stadium in 2015.

He smashed his third and final hundred against the West Indies at Abu Dhabi’s Sheikh Zayed Cricket Stadium in 2016. Once again he made 101.

Following the poor show at the 2015 Cricket World Cup, the Pakistan Cricket Board (PCB) chose Azhar as their new captain.

With Misbah calling it a day, some felt it was a surprise choice to give Ali the captaincy.

But under the leadership of Azhar, Pakistan did not get the results they were hoping for. Hence he was virtually forced to resign by the PCB.

Wicketkeeper-batsman Sarfraz Ahmed took over the mantle, seeing it as a challenge right up his streak.

The rest is history, with Sarfraz taking Pakistan to glory in the 2017 ICC Champions Trophy. In the final, the Green Brigade demolished arch-rivals India by 180 runs.

Ali’s ODI average is quite good. But that cannot be said of his strike-rate.

In the modern game, a strike-rate of 74.05 is very well below par – mediocre to a degree.

After being omitted from the ODI team, along with having a slow strike-rate Azhar probably thought he no longer was part of the teams World Cup plans.

But did Ali even once take inspiration from his heroic innings of 103 off 137 balls in the 3rd Test (2014) against Sri Lanka at Sharjah, United Arab Emirates?

His strike-rate in that innings was 75.18 and that too in a Test match. Instead of adapting his game to the shorter format, he decided to give up on colour clothing cricket altogether.

“cool. Finally he realizes his limitations in limited over cricket.

“There were many top players who restricted themselves to one form of cricket. For e,g :Slater and Justin Langer of Australia limited themselves to Test cricket only, Afridi ODI/20-20 cricket etc.”

Possibly other considerations came to Azhar’s mind. As aforementioned, Pakistan is developing Fakar and Imam in the opening slot.

The team management is banking on the two left-handers to follow into the footsteps of dynamic pair Saeed Anwar and Aamir Sohail.

The other key factor is that opener, Mohammad Hafeez has returned to some form.

But then again healthy competition is always good, as it gets the best out of players. 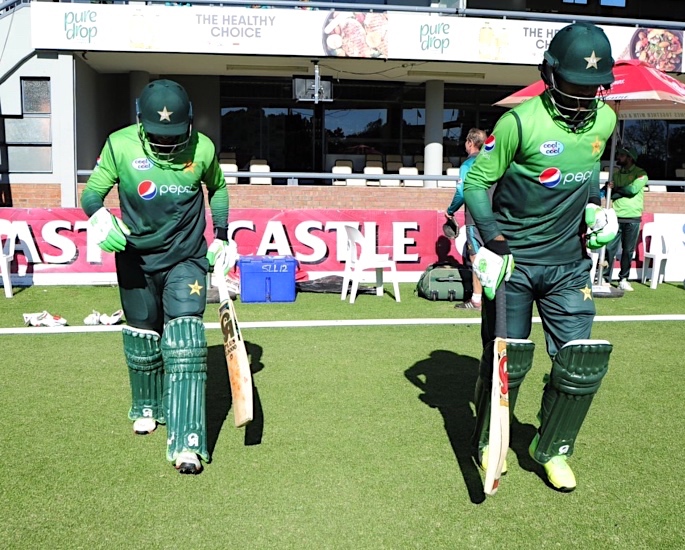 Will Pakistan miss Azhar Ali at the 2019 Cricket World Cup?

Despite Ali having a slow strike rate, his experience at the 2017 ICC Champions Trophy proved useful. Not forgetting his 228 runs at an average of 45.60 during the successful campaign.

His strike-rate of 74.02 was good, considering the ball did seam and move a little early on in English conditions.

We know that Azhar is not ideally suited to the ODI game.

But Pakistan may miss his style of play in the 2019 Cricket World Cup, which will be held in England.

The most interesting aspect is that in July 2018 Ali had mentioned it would be an honour to play for his country in the 10-team event.

At the time, with Azhar targeting the 2019 Cricket World Cup, he told the Daily Times:

“That is absolutely my target to find a place in the Pakistan squad for the 2019 World Cup.

“I understand that I need to work hard to get into the team but that remains my aim and it will be an honour to represent Pakistan at such a big stage if given the opportunity.”

Thus with the 2019 Cricket World Cup on the horizon, it is definitely a surprising decision.

Perhaps playing in his thirties and wanting to spend more time with the family is why he has taken such a step.

Also as you get older, playing in more than one format can take its toll.

Having taken this decision Azhar Ali can solely concentrate on his Test career, and consistently make a healthy contribution in that format.

DESIblitz wishes Azhar Ali all the best for his Test career.