How much do Pakistani TikTok stars earn monthly?

TikTok is rapidly growing all over the world. In Pakistan, its popularity is increasing daily. We look at how much Pakistani TikTok stars earn monthly.

"Our mission is to inspire creativity and bring joy.”

One of the most popular social media sites, TikTok is used extensively across the globe especially in Pakistan.

Released in 2016, the Chinese social networking service is actively used amongst youngsters.

According to the popular app’s website, its purpose is described as:

“TikTok is the leading destination for short-form mobile video. Our mission is to inspire creativity and bring joy.”

With more and more people using TikTok, those who have garnered a great fan following earn an income through the site.

Despite the financial opportunity through TikTok, not many people are aware of how much one can earn from it.

With a keen interest for TikTok in Pakistan, several TikTok stars were invited on the popular show, BOL Nights with host Ahsan Khan. 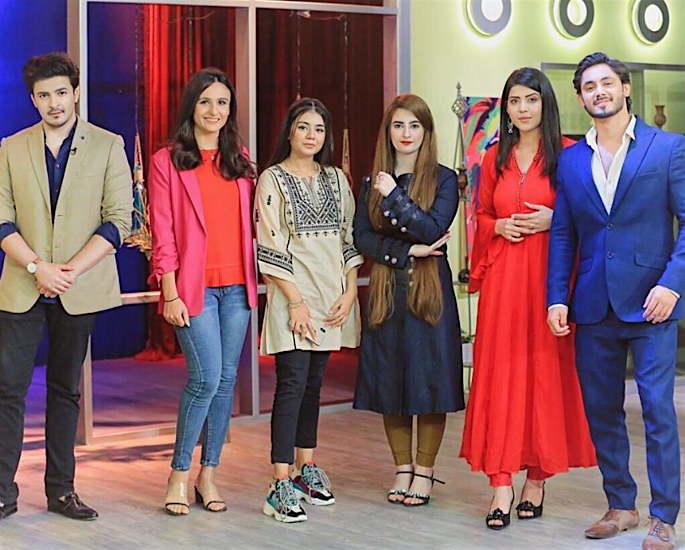 On the show, the TikTok stars revealed the monthly income they earn via TikTok.

TikTok stars and couple, Mujtaba Lakhani and Aiman Zaman revealed they earnt Rs 1.6 lakh (£1,726.54) from a campaign for a mobile company on the site.

Their adorable yet hilarious videos have earnt the couple a large fan following and it is evident why.

Their videos include dance sequences, funny skits and more.

Areeka Haq, who is also well-known on TikTok and Instagram similarly has a huge fanbase.

On the show, Areeka disclosed that her monthly income stands at more than Rs 2 lakh (£2,157.67) for various projects on the site.

Areeka regularly uploads videos of herself lip-syncing to popular songs.

Upon Areeka’s revelation, Ahsan joked that people should not work and easily make TikTok videos to earn a living.

Up next was brother-sister duo Sherry Butt and Mishal Butt. The siblings divulged that their combined monthly income is approximately Rs 4 lakh (£4,315.50).

The pair frequently upload hilarious videos on TikTok showcasing their great sense of humour and bond.

Ahsan then asked whether they have thought about their future plans or whether they wish to continue making videos.

Mishal confirmed that she is, in fact, studying while her brother Sherry has already completed his education.

It appears the popular social networking site is a great way to earn money if you have the ambition and fan following.

However, their monthly incomes are not fixed and can vary depending on campaigns, the number of videos uploaded and more.