The growth of eSports has become more prominent in India and there are a number of professional players. Here are some of the top eSports players.

"they thought that I was just wasting my life"

The gaming industry continues to become more prominent in India. More specifically, there has been an increase in professional gaming as well as eSports players.

It has been around since the early 1970s but it has become very popular within the last decade.

The likes of FIFA, Call of Duty and Fortnite are just a few gaming titles when it comes to games being played on a professional level.

The rise of eSports has seen numerous events being held over the course of a year, with lucrative cash prizes at stake.

Some eSports tournaments have seen prize pools worth thousands, meaning that competitors can make a living from gaming.

India’s gaming scene has witnessed more eSports players, coming from different backgrounds and being introduced to gaming in different ways.

Here are a few Indian eSports players who have achieved success with their respective games. 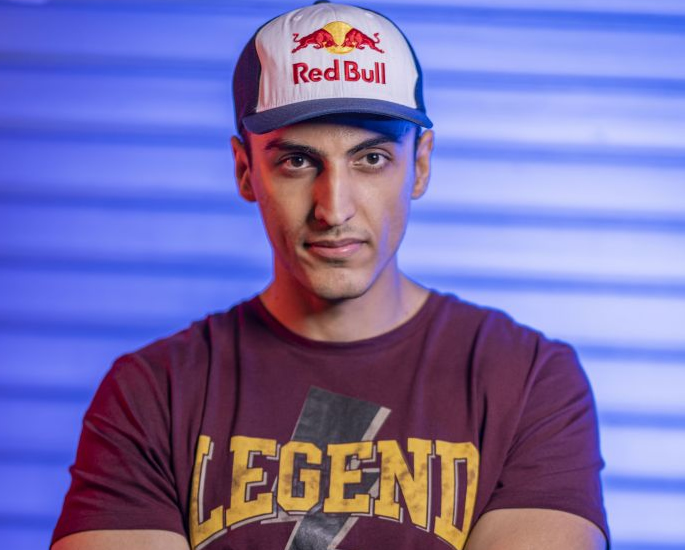 Ankit Panth is one of India’s most popular Counter-Strike professional players.

Better known as ‘V3nom’, he fulfilled his dreams of becoming an eSports player with dedication, becoming a figure of inspiration for the gaming community.

Ankit had little to no help at the beginning. Not only did he dedicate his time to gaming but he also made a name for himself DJing and in the fitness industry.

He said: “There was a time where people used to see me as a bad influence because I played a computer game and they thought that I was just wasting my life and would never earn from this.”

After playing Counter-Strike 1.6, he realised he could earn a living from gaming.

Ankit has since switched to playing Counter-Strike: Global Offensive competitively and has won many titles.

In India, his journey has been an inspiration to many young people as he is one of the few eSports players from India who have turned their passion into a profession.

Ankit adds: “I’m glad to say that I proved them wrong.” 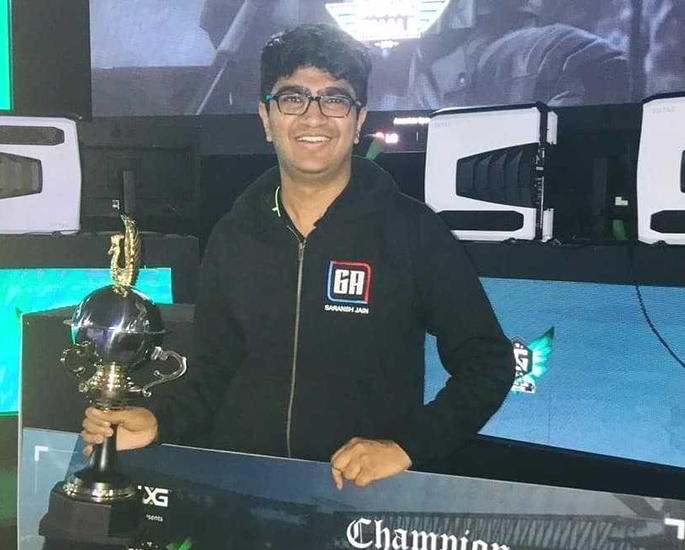 Saransh Jain may have been a professional eSports player for a short amount of time but he is one of the most successful.

The resident of Pune is a FIFA competitor who first got into eSports when he entered a local tournament and ended up winning it.

“It all started with a local tournament in Pune where a couple of friends and I just went to see what it looks like and participate.”

“I won the tournament with a dominant performance and was unbeaten for quite some time, this made me realise that this actually might be my cup of tea.”

Saransh explained that his tournament wins have led to new opportunities. For example, a win resulted in a trip to Germany.

On FIFA 20, he says: “I personally feel the game is a little slow compared to the earlier versions and that reduces the skill gap, the gameplay and movement of the players is slow, if the game is faster – in terms of learning skill set, it’s always better.”

Another achievement was a tournament that was held in the Maldives. Saransh called it an important milestone because “not many Indians win eSport tournaments”.

Saransh advised FIFA gamers in India: “Many people expect to get into it and gain a quick start it’s important to understand that with the competition rising day by day and it’s really tough as there is only one winner so practice and go to tournaments that will help you get better and improve your game.” 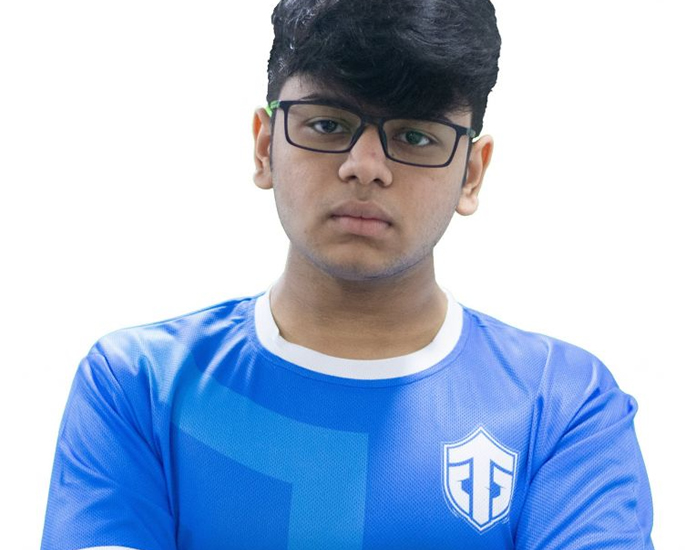 Nicknamed ‘Moon’, Krish Gupta is one of the youngest Indian eSports players at just 17.

His go-to game is the strategy series Dota, which he started playing from a young age.

Krish’s interest soon became noticed and he was advised to play it professionally. He turned professional in March 2018 and is now completely immersed.

Krish is the youngest professional Dota 2 player in India and revealed that his family support his decision.

He says: “My family is completely supportive of my professional gaming, and they have said that they are fine with it as long as I pursue my studies side by side.”

“India is developing in the gaming scene, but still many countries are far more ahead of us, but yes we are on the right track.

“I hope to someday represent my country in the Olympics if and when the sport gets recognised at a global stage.” 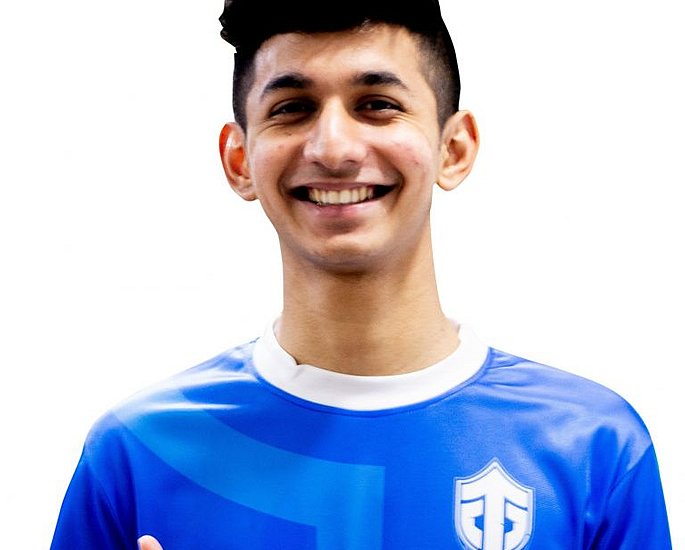 He first developed an interest in video games at the age of five when he was introduced to Tomb Raider.

Amit soon developed a passion for gaming when he began playing Dota 2. He decided to take up gaming professionally, sacrificing many things along his journey.

He says: “There have been many events in life that made me question my choice of career.

“I’m happy to have reached a place where I can confidently say that I am walking on the right path.”

Amit currently represents Entity Gaming where he acts as a support player.

In the 2019 Summer Season, he and his team won the ESL India Premiership, defeating other strong competitors. 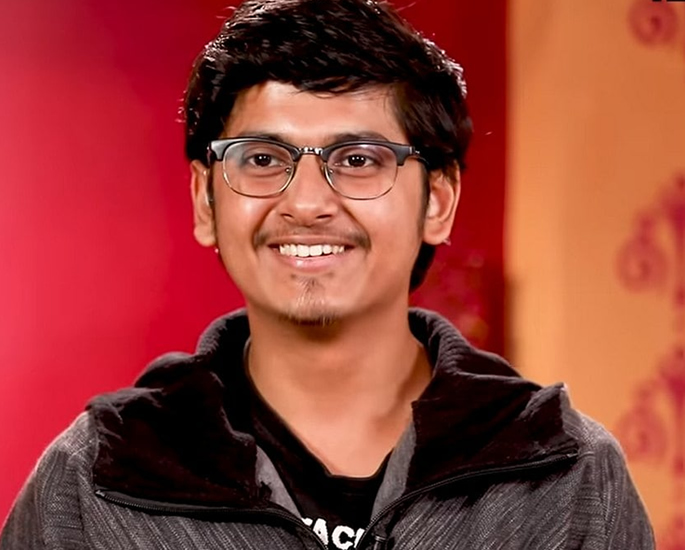 Better known as MortaL, Naman Mathur is a highly successful eSports player as well as YouTuber.

He started off as a professional PUBG player and represented India in PUBG competitions as part of Team Soul.

He ended up making the transition to YouTube and is highly successful, showcasing his superior playing level against other players.

While he mainly uploads gaming videos to his YouTube channel, he also does collaboration videos with other YouTubers and even celebrities.

One of his newest videos features MortaL with Bollywood actor Tiger Shroff. The video has over 1.5 million views and it continues to grow. 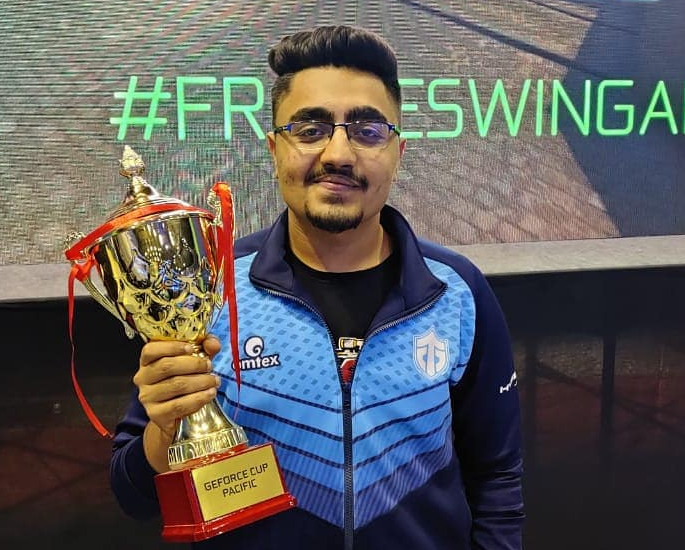 Simar Sethi is one of the most prominent eSports players in India at the age of 21.

The Counter-Strike: Global Offensive player became interested in the game after getting intrigued about the skins. A friend bought him a copy of the game which got him hooked.

Known as ‘PSY’, Simar did not turn back and became one of India’s most elite players.

He started his professional career with Team Brutality in 2015 and dominated the gaming circuit. He moved to Invisible Wings and continued winning.

Simar ended up joining Team Entity and stayed with them for three years until February 2020.

His professional career saw a setback when he was diagnosed with Repetitive Strain Injury (RSI), which meant he could not qualify for international tournaments.

In 2019, he qualified and represented India at the ZOWIE tournament in China.

“There is a lot of pressure when you play for an organisation, cause they are taking care of you, giving you salaries and taking you to boot camps, and etc.

“But I loved being a part of entity gaming. They took care of me from 2017 when I got diagnosed with RSI (Repetitive Strain Injury).”

He revealed: “In total, I practice for almost eight to nine hours a day, with a break in-between obviously because of RSI. I am fortunate that my parents were very supportive towards my passion.”

Simar believes that India has a lot of potential when it comes to eSports and is optimistic about the future.

While these eSports players focus their efforts on different games, their ventures into professional gaming were similar.

Many of them started off with a passion for playing video games and turned that into a career.

Some have other interests but make time when it comes to competing in their favourite games.

Even though international eSports players have achieved a measure of fame, there is no doubt that the top players from India will become recognised on the world stage with their ongoing drive to win.

Dhiren is a journalism graduate with a passion for gaming, watching films and sports. He also enjoys cooking from time to time. His motto is to “Live life one day at a time.”
Top 10 South Asian Weddings that Went Viral on YouTube
How much do Pakistani TikTok stars earn monthly?