5 Punjabi Billionaires Living in the UK

South Asian communities have seen great financial gain in the UK and among them are Punjabi billionaires. We dive further into their success.

The valuation of the business sits at £5 billion

It’s no secret that there are great South Asian businesspeople in the UK but not many are aware of how many Punjabi billionaires there are.

Most of these savvy entrepreneurs have built their brands and companies from scratch.

Some were born and bred in the UK and some migrated over from India in order to make their dreams into a reality.

Not only do they embody the hard work ethic embedded in South Asian culture, but they’ve revolutionised their specific industries.

From hospitality to steel to retail, these Punjabi billionaires are innovative and inspiring.

So, we count down five of the most unique businessmen whose net worth is nothing short of impressive. 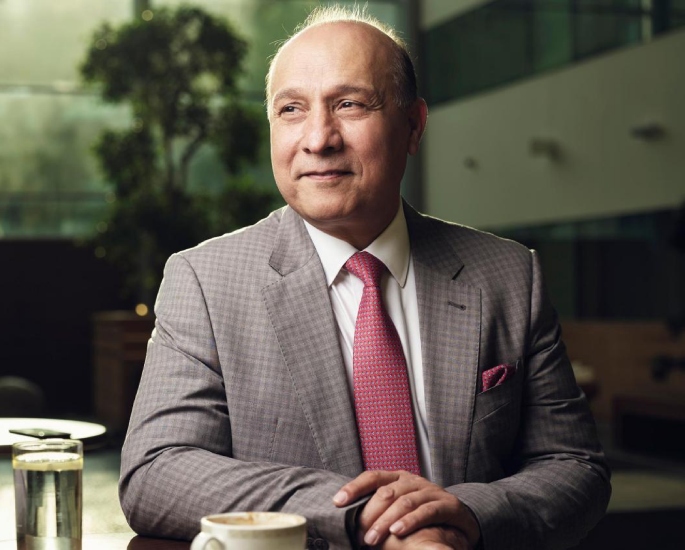 Hailing from Punjab, India, Surinder Arora has been building his billion-pound company since 1999.

Surinder is the Founder and Chairman of the Arora Group. As described on their website, the group is:

“A successful UK-focused private group of companies, which leverages synergies across its specialist property, construction and hotel divisions to its strategic advantage.”

Surinder first started in 1999 when he ran a four-star luxurious hotel at Heathrow for airline staff.

After this, he saw multiple successes. Building his company on strong principles, the Arora Group specialises in a diverse portfolio of assets in key locations across the UK.

Helping to raise over £1.9 million since 2010, Surinder received the ‘CEO of the Year’ award in 2016 and was awarded ‘Business of the Year’ at the Asian Business Awards in 2021.

This has all accumulated into Surinder having a net worth of £1.25 billion which makes him a catalyst in business. 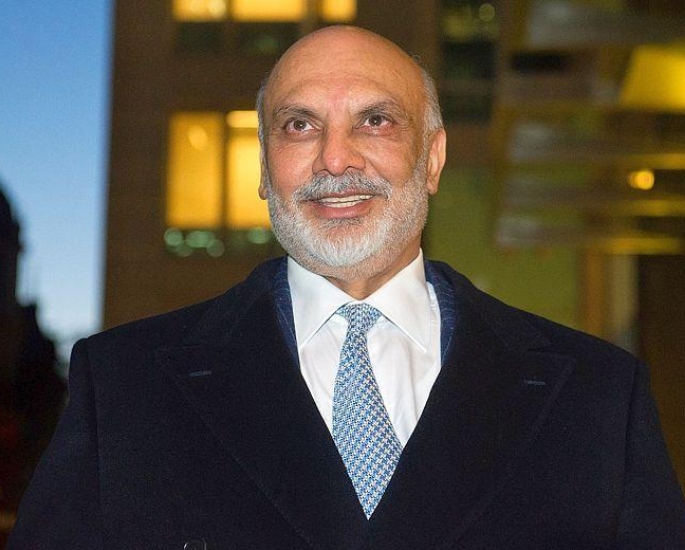 With an estimated worth of £1.8 billion, Jasminder Singh is the chairman and CEO of Edwardian Hotels.

He owns 12 high-end hotels in London and Manchester, including the five-star London spot, May Fair Hotel.

Whilst Jasminder bought his first hotel in 1975, it wasn’t until he partnered with the chain Radisson in 1993 which saw him catapult his financial profile.

11 of the group’s hotels are now branded Radisson Blu Edwardian as part of the partnership.

It also led to Jasminder acquiring a £400 million luxury development – The Londoner Hotel in 2021.

With the chic, modern and constant prowess to cater to the public’s preferences, Jasminder has built a monumental portfolio of elite clients and hotels.

He made it to the UK Rich List in 2022, making him one of the most high-profile Punjabi billionaires. 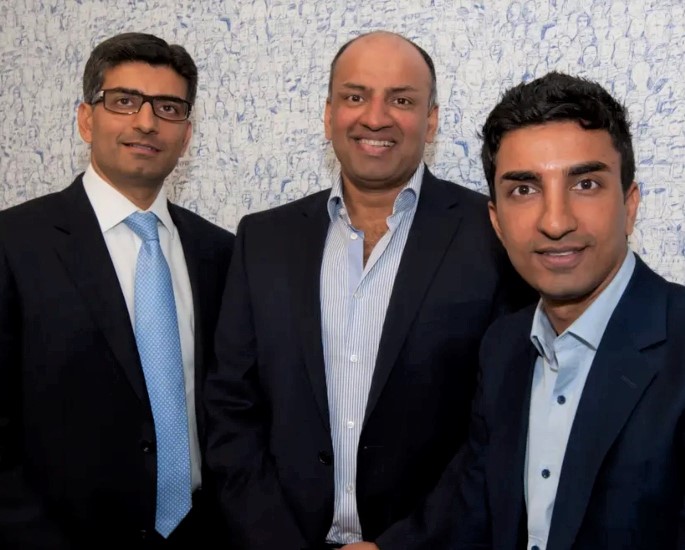 The B&M brothers consist of Simon, Bobby and Robin Arora who snapped up the discount chain in 2004.

At the time, the business was running at a loss and only had 21 shops across the UK.

How did the brothers come to such fortune? Well, it was from humble beginnings starting with their father, who immigrated from New Delhi in the 60s.

The premise is reversed for B&M where branded items are sold for cheaper compared to popular supermarkets.

The low prices mean B&M see 4 million customers each week, according to their website.

Since 2021, shares in B&M have increased by 49%, meaning the valuation of the business sits at £5 billion – higher than Sainsbury’s. 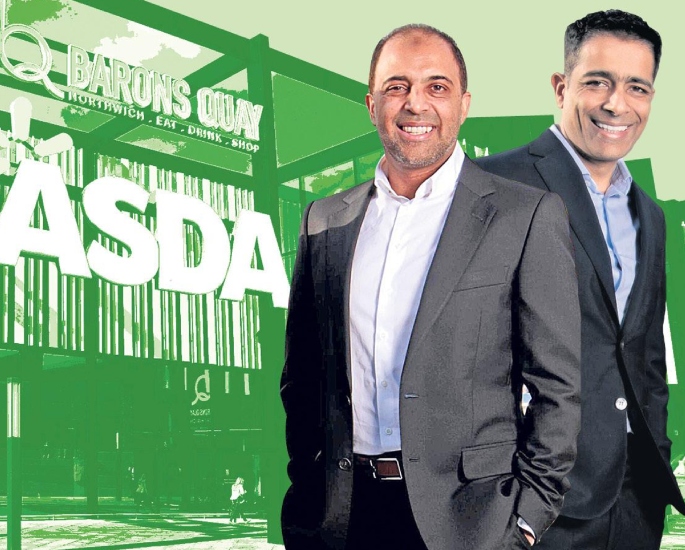 The brothers who come from Blackburn are extremely business-savvy and their petrol company did not hold them back from further success.

The EG Group actually own Britain’s third-largest supermarket, Asda, which means their stream of profit is constant.

They’ve also struck a deal with Co-op to take over their 129 petrol stations, an agreement worth £600 million.

Not to mention, they also bought the fast food chain Leon, which has more than 80 stores across the UK.

Fusing their multiple businesses means that they are now offering motorists a huge range of services when they stop for fuel, from fast food to groceries to coffee.

Whilst they went on a massive spending spree, they came up short in their hunt for companies like Caffè Nero and McColl’s.

But these Punjabi billionaires won’t let that deter them. It’s one of the reasons they ranked 39 on the UK Rich List in 2022 with their £4.7 billion wealth. 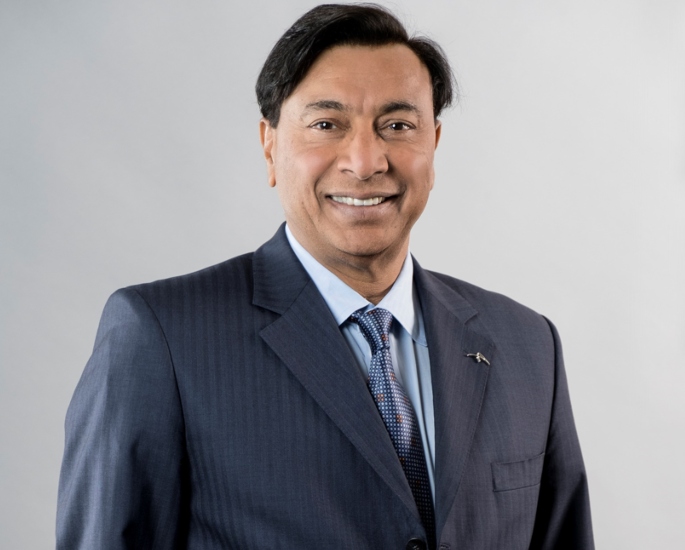 Lakshmi Mittal is the chairman of the world’s largest steel and mining company (by output) – ArcelorMittal.

The business is worth around £23 billion but has had a tricky road to get to the success it sees today.

Separating from his siblings to start Mittal Steel, Lakshmi went on to merge with France’s Arcelor in 2006 and the company has seen tremendous success.

The company is also forward-thinking and has a major aim to make smart steel for the planet. As outlined on their website:

“At ArcelorMittal, our goal is to help build a better world with smarter steels.”

“Steels that are cleaner, stronger, and reusable. Steels for electric vehicles and renewable energy infrastructure that will support societies as they transform through this century.”

However, the entrepreneur also works within the sports, education, and medical industries.

In 2008, the Mittals donated £15 million to Great Ormond Street Hospital, the largest private contribution ever received by the hospital.

The long list of work Lakshmi has done over his career means he has been awarded numerous coveted prizes.

In 2004, he won ‘Entrepreneur of the Year’ by The Wall Street Journal.

Then, in 2008, he received the ‘Forbes Lifetime Achievement Award’ and in the same year, was given the Padma Vibhushan by the Government of India.

With such an eye for innovation and society, Lakshmi has a net worth of around £17 billion and is one of the richest Punjabi billionaires in the UK.

These businessmen have a long list of accolades and triumphs to their name but they continue to redefine their chosen industries.

What’s special about these billionaires is that they have gone from strength to strength, knowing no limitation to their skill.

As they continue to apply their mindset to all business sectors, they serve as inspiration for the next generation of stars.