Gaming is massive in India and more people are showcasing it on YouTube. Here are 10 popular Indian video gamers on YouTube.

Dynamo has gone on to amass more than 500 million views.

The gaming community has a huge presence on YouTube. The same can be said with India as there are some very popular video gamers on the video-sharing platform.

Many YouTubers amass large followings which enables them to turn their hobby into a full-time job.

In India, one of the most popular games is PUBG Mobile. Many are taking advantage of the game by sharing the gameplay on YouTube.

Others prefer to play story-based games while providing commentary throughout.

Some people’s dedication to making YouTube videos have established them as some of the most popular gaming YouTubers in India.

We look at 10 popular Indian video gamers on YouTube that you should be following. 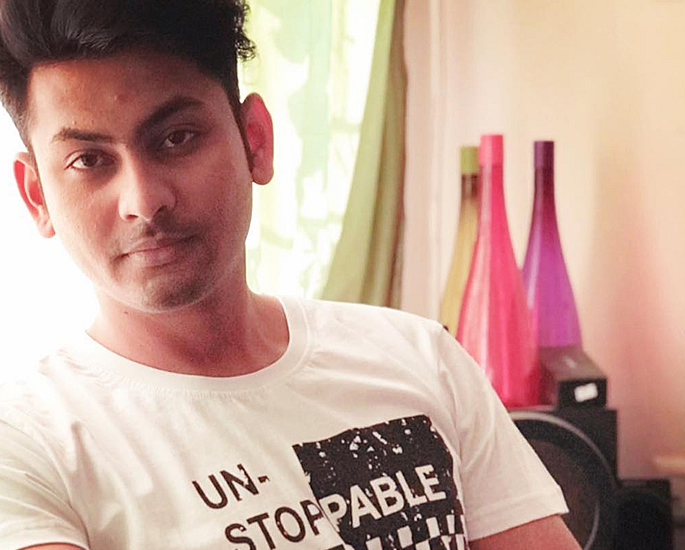 Dynamo Gaming is one of India’s most popular gaming YouTubers.

Aadii Sawant is “a random gamer from Mumbai”, according to his YouTube page.

The video gamer live-streams on YouTube, meaning that viewers can enjoy videos which are over one hour long.

Not only does Dynamo Gaming play PUBG Mobile but he is also a big fan of playing Grand Theft Auto V.

Ever since he first started YouTube in 2010, Dynamo has gone on to amass more than 500 million views.

He is one of India’s most popular YouTubers because he usually plays with random people, meaning that it is likely that he is playing against a fan. 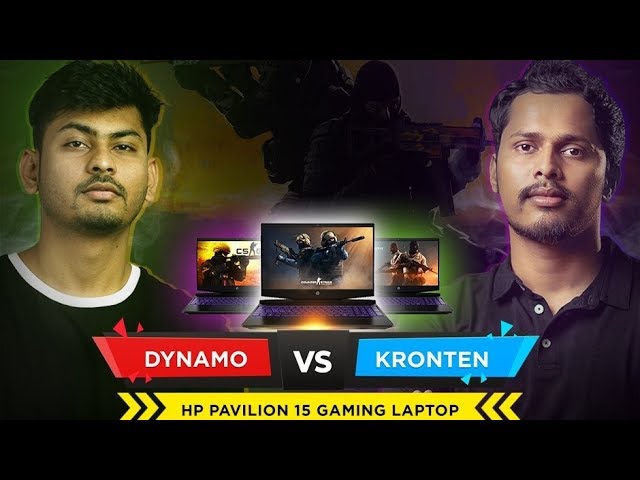 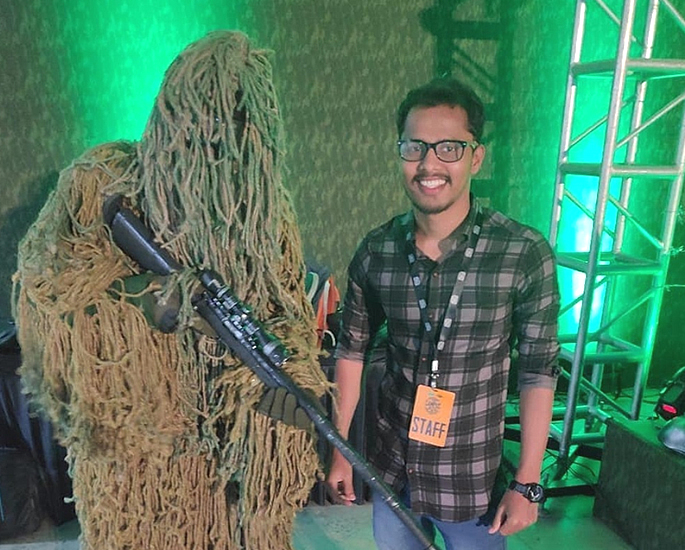 Despite only joining YouTube in 2018, Kronten Gaming has quickly become one of India’s most-watched video gamers on YouTube.

Chetan Sanjay Chandgude is dedicated to providing his subscribers with new content, streaming twice a day, in the morning and evening.

Kronten Gaming is like all successful YouTubers. They do it because they enjoy it. According to his YouTube page, he plays PC and mobile games while having fun.

He is always thriving to get better and is not afraid to admit his mistakes.

While he runs his own channel, Chetan wants to see the Indian gaming community grow to “unforeseen heights”.

Watch his Review of a Gaming Phone 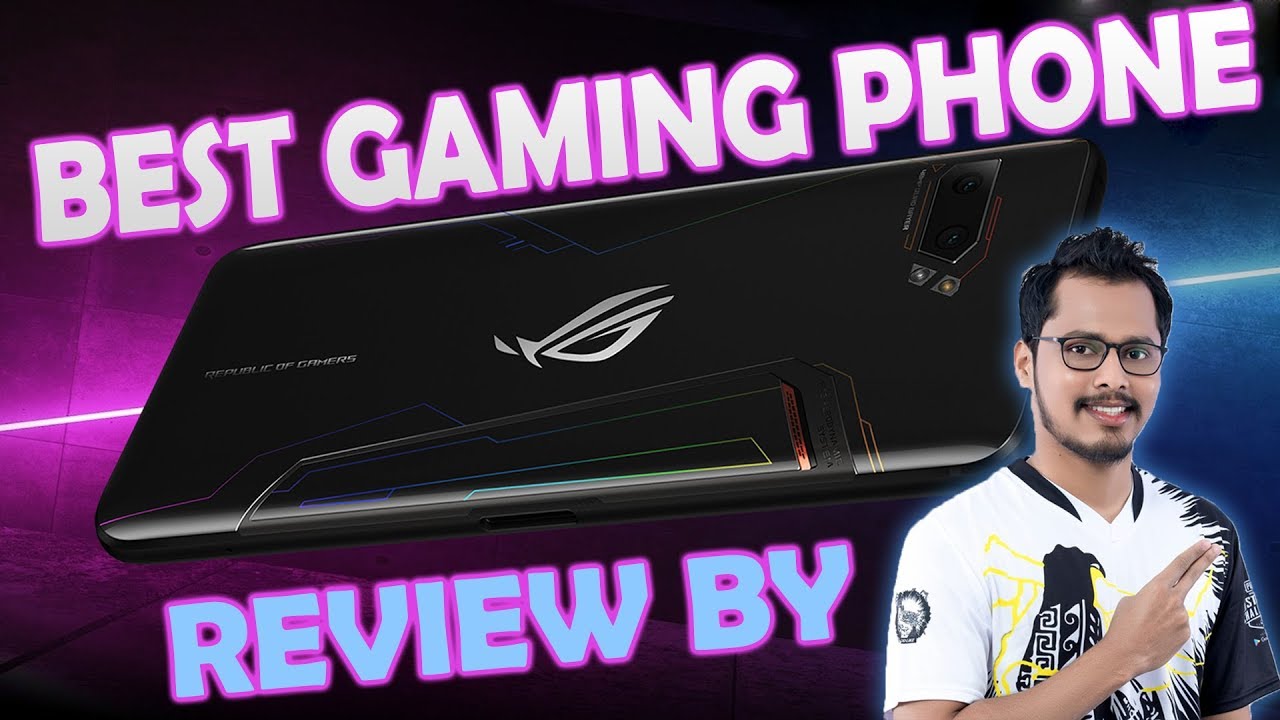 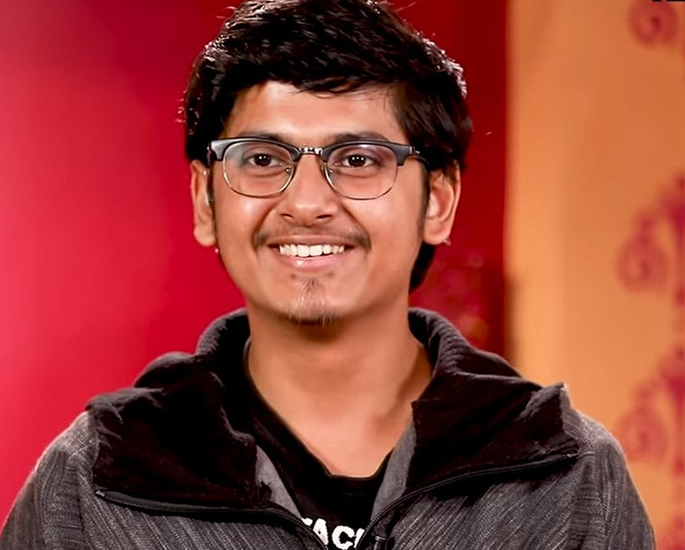 MortaL is one of India’s most famous video gamers and streamers.

Unlike other YouTubers who are mainly gaming enthusiasts, MortaL started as a professional PUBG player and represented India in PUBG competitions as part of Team Soul.

He made the transition to YouTube and is highly successful.

MortaL, or Naman Mathur, usually live-streams PUBG Mobile but he also uploads Call of Duty gameplay to appeal to viewers.

He also does collaboration videos with other YouTubers and even celebrities.

One of his newest videos features MortaL with Bollywood actor Tiger Shroff. The video has over 1.5 million views and it continues to grow.

Watch his Collaboration with Tiger Shroff 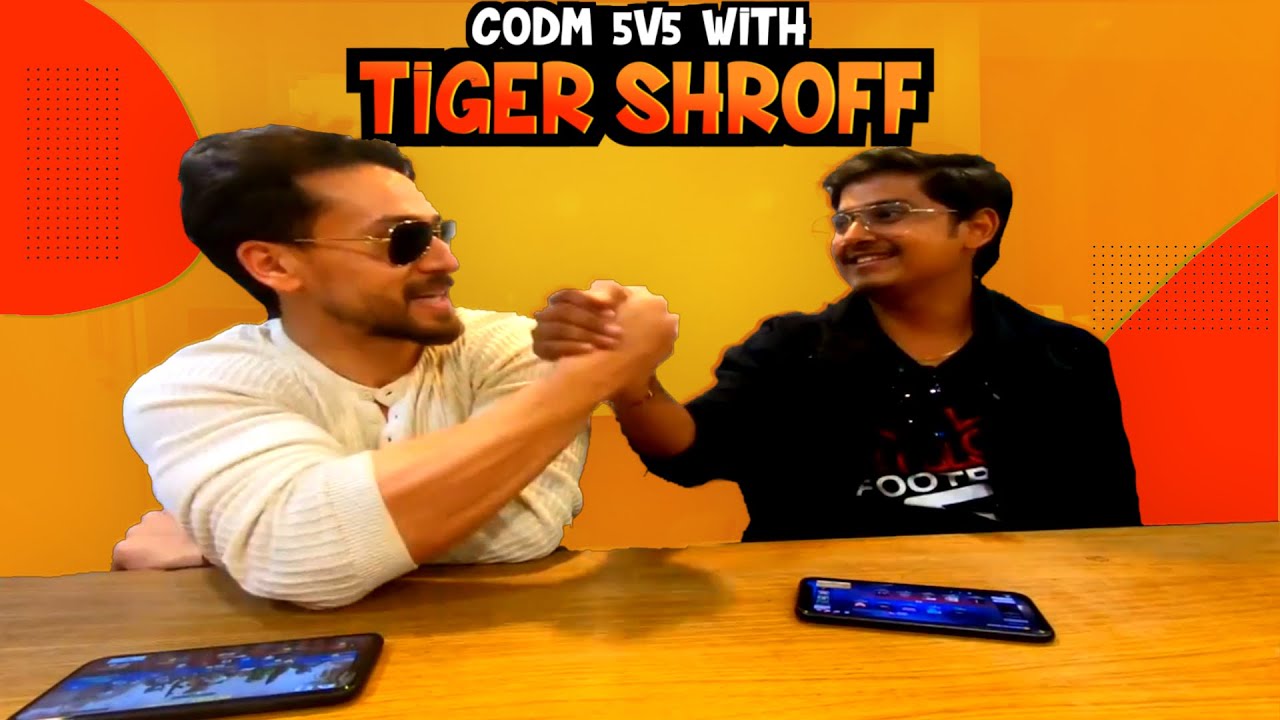 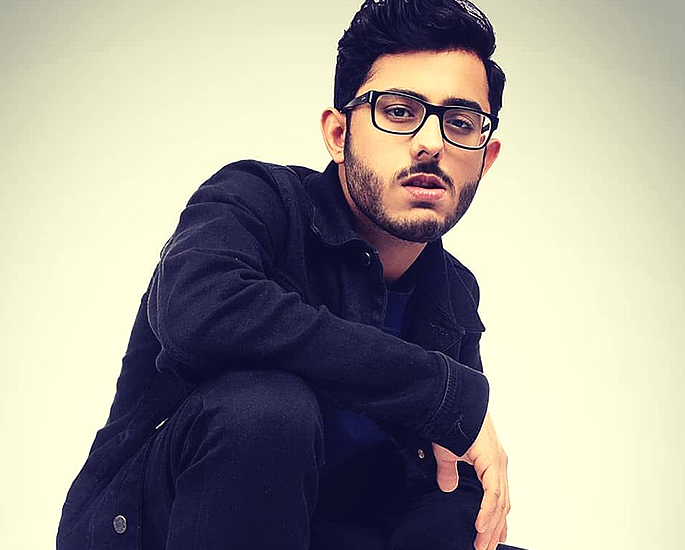 CarryisLive is one of the most well-known gaming YouTube channels in India.

Ajey Nagar is the creator of it but it is only his second channel. His main YouTube channel, CarryMinati, has a whopping 10.7 million subscribers.

Nagar is considered to be a pioneer of live-streaming in India. He was one of the first to live-stream video games.

Soon after, other YouTubers followed suit and became extremely popular.

At just 20, Nagar has already accomplished a lot, including being named in TIME’s 10 Next Generation Leaders in 2019.

His distinctive and energetic Hindi commentary is one of the reasons for his popularity.

While gamers tend to focus on one particular game, Nagar plays a range of video games from different genres. This includes Star Wars Jedi: Fallen Order and Resident Evil 3.

The YouTuber also does a lot of charity work, donating money in India. 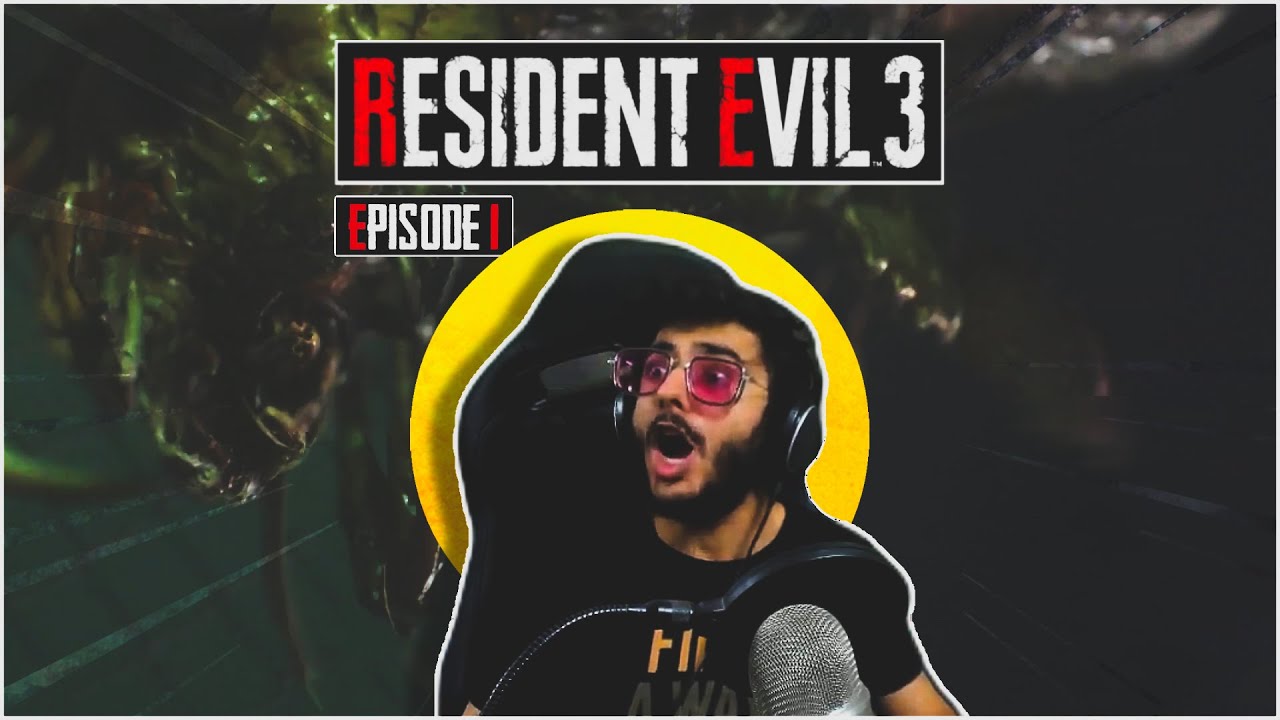 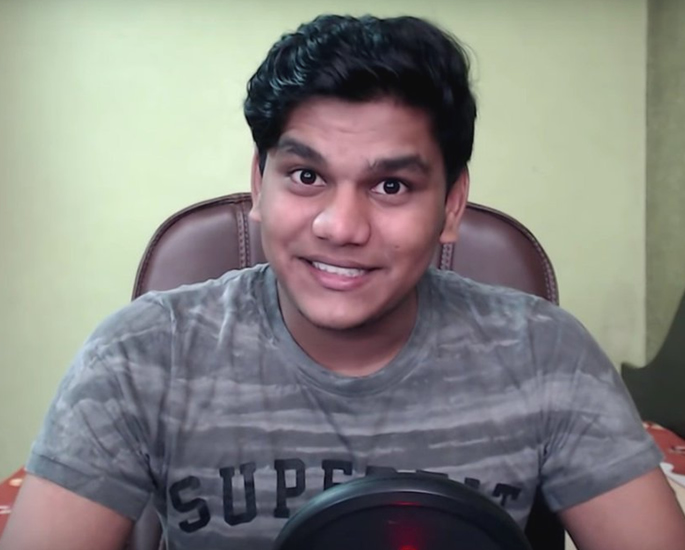 Shubham Saini is better known as BeastBoyShub and he is one of the most unique Indian video gamers on YouTube.

Born in a village near Delhi, Saini wanted to get into YouTube while he was at college. He began uploading videos and eventually quit college when he was able to support himself financially.

He made YouTube his part-time job while working at his father’s office before making it a full-time job.

Saini has cited PewDiePie as his inspiration for getting into YouTube.

Known for his funny commentary, Saini plays a variety of story-based video games whether they are mainstream or more obscure.

As his videos are shorter, viewers can get through more videos and enjoy his unique style of commentary.

He uploads daily, meaning that subscribers can enjoy his videos often.

Watch his Playthrough of Spider-Man 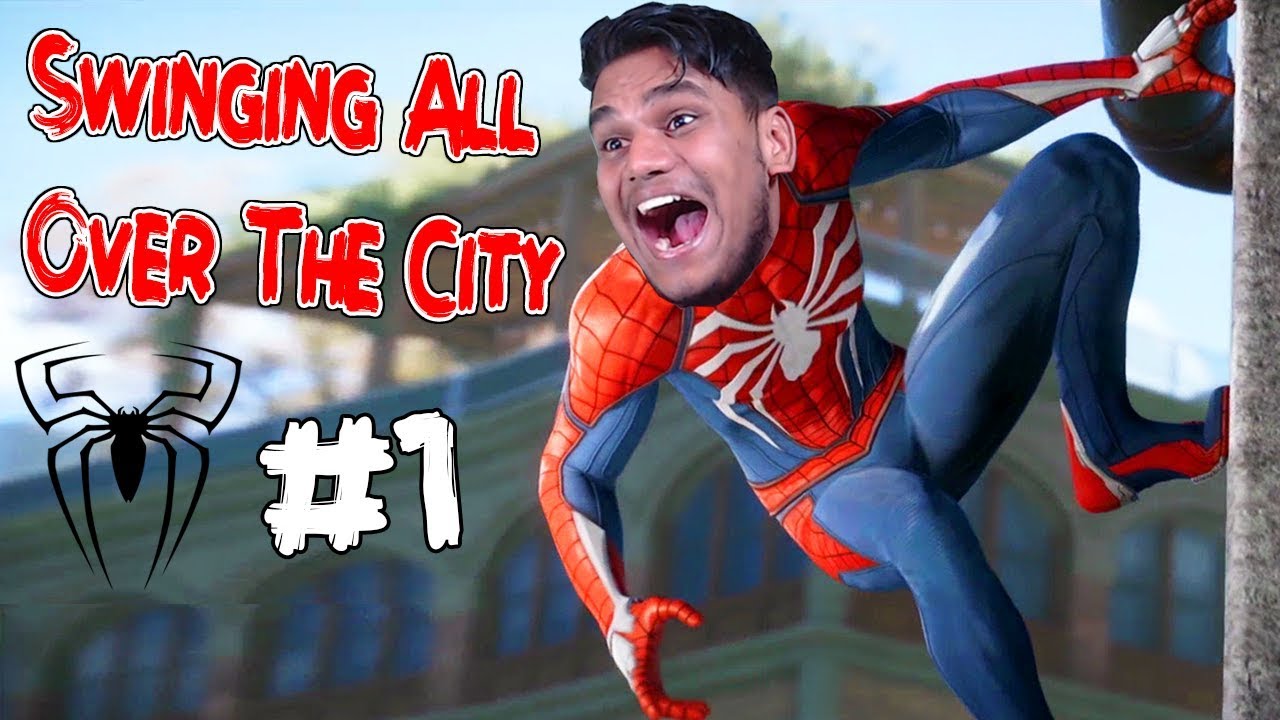 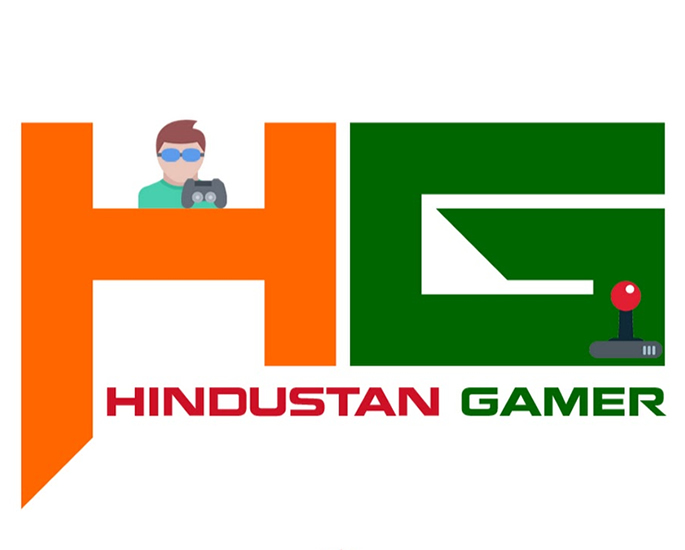 Hindustan Gamer is a video gamer who adds a unique style to each of his videos.

Using Hindi and Urdu commentary, he puts on different voices during his playthroughs.

Some of most popular videos are on Grand Theft Auto V whether it be playing through the story or just having fun. Hindustan Gamer uses three voices for the three characters, Franklin, Trevor and Michael.

Hindustan Gamer also plays Minecraft and even some horror games which are bound to provide jump scares.

All of his videos start off with “Hello dosta, welcome to Hindustan Gamer”.

Compared to other gaming YouTubers, Hindustan Gamer is one of the most anonymous.

Not only does he put a voice on in his videos but he also avoids using a face cam, meaning that his fans do not know what he looks like. 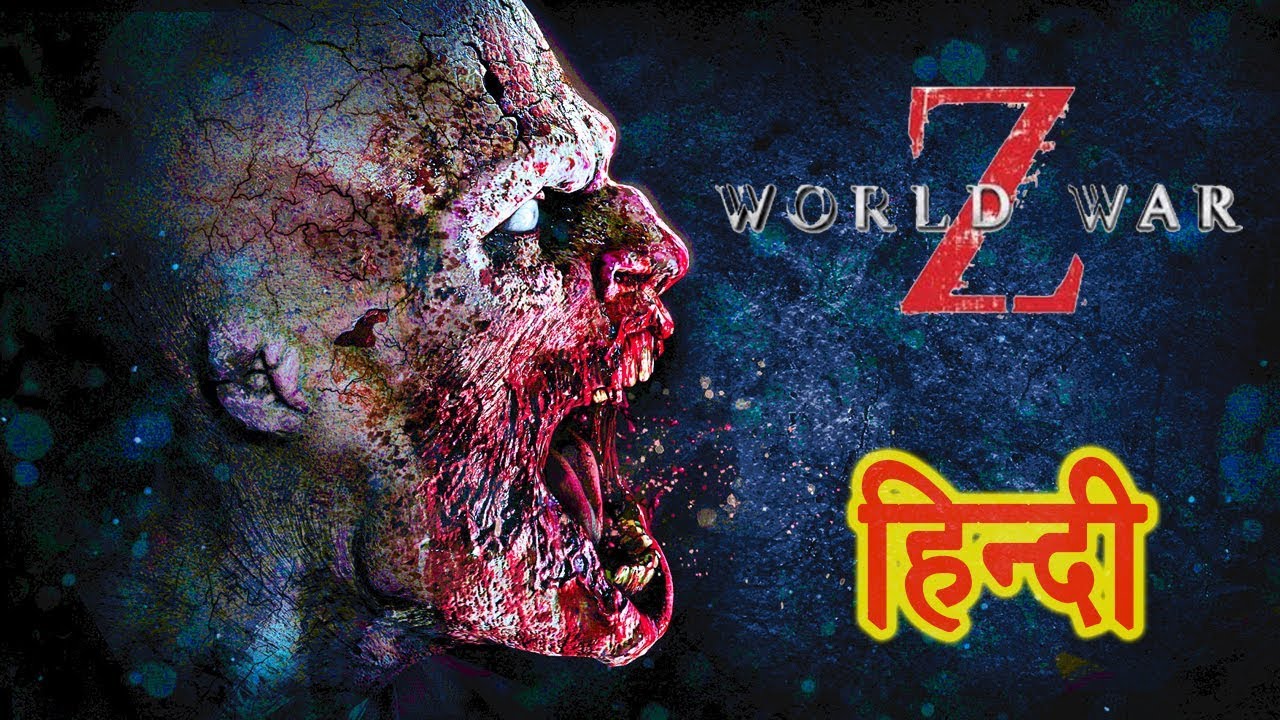 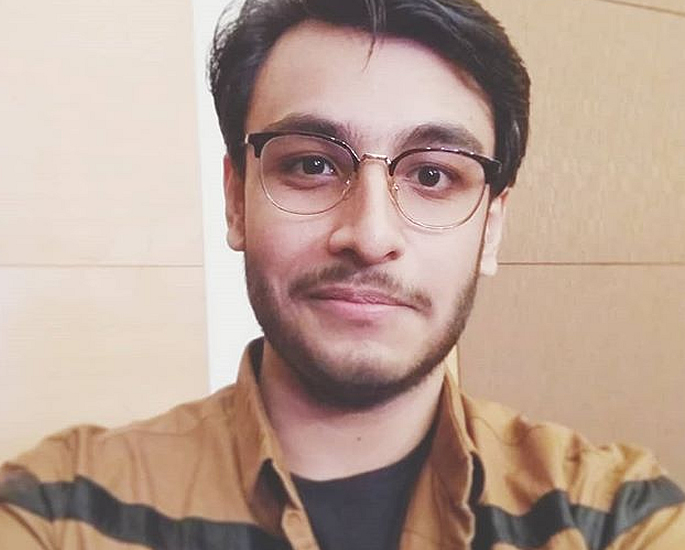 Ronodeep Dasgupta is the mind behind The RawKnee Games and is his official gaming channel.

Although The RawKnee Show is his first YouTube channel, the popularity of gaming in India has seen The RawKnee Games overtake it.

The gamer has been live-streaming since he was 16-years-old and has now decided to showcase his gaming adventures to his fans.

He tends to play with his friends, making for some entertaining interactions. Even when he is playing by himself, Dasgupta’s commentary keeps the viewers engaged.

Watch a Compilation of Gaming Jumpscares 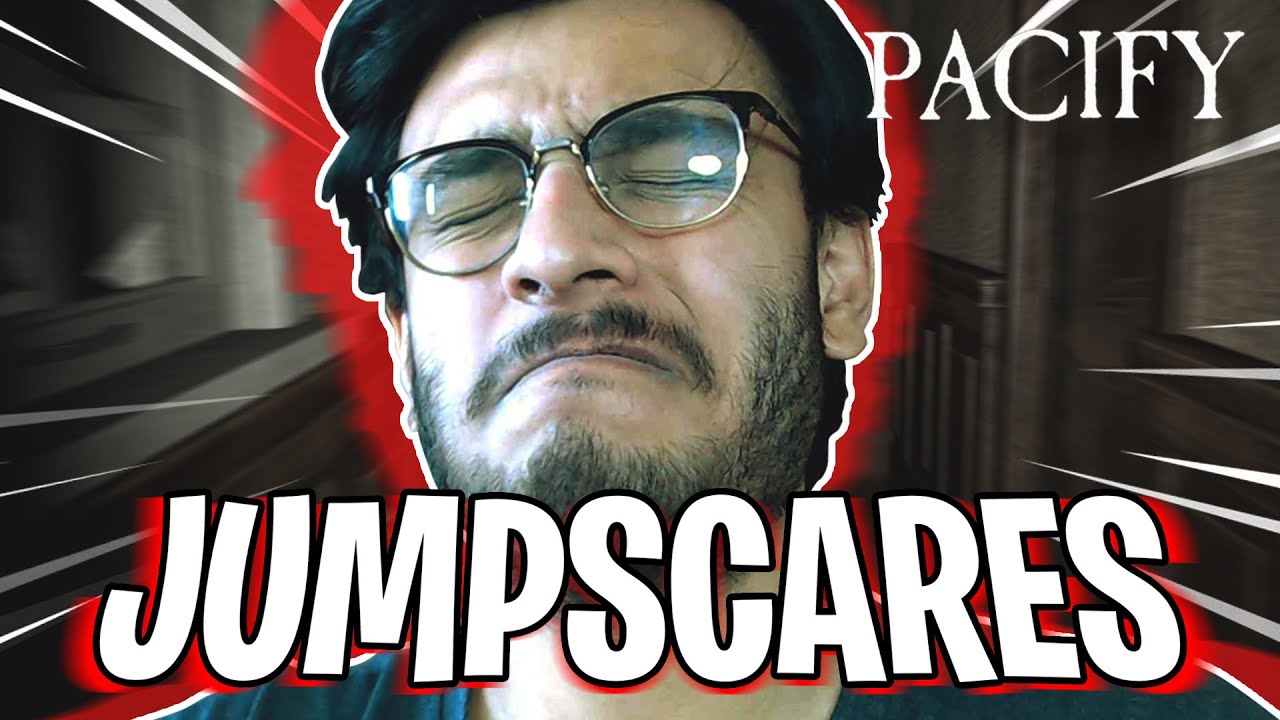 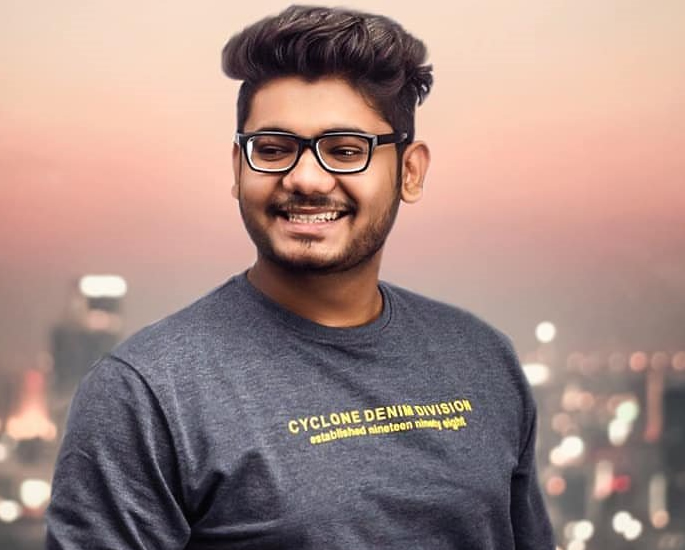 Mumbai-based Pratik Jogiya is one of the fastest-growing video gaming YouTube channels in India, with 1.2 million subscribers.

He initially started his YouTube career by playing Clash Royal but after joining Dynamo Gaming’s Hydra Clan, his popularity soared.

Not only did he get to collaborate with one of India’s most popular gaming YouTubers but his PUBG skills also improved.

Alpha Clasher’s channel continues to grow at a rapid rate so it is possible that it will reach 2 million subscribers in 2021.

See his Playthrough of The Conjuring 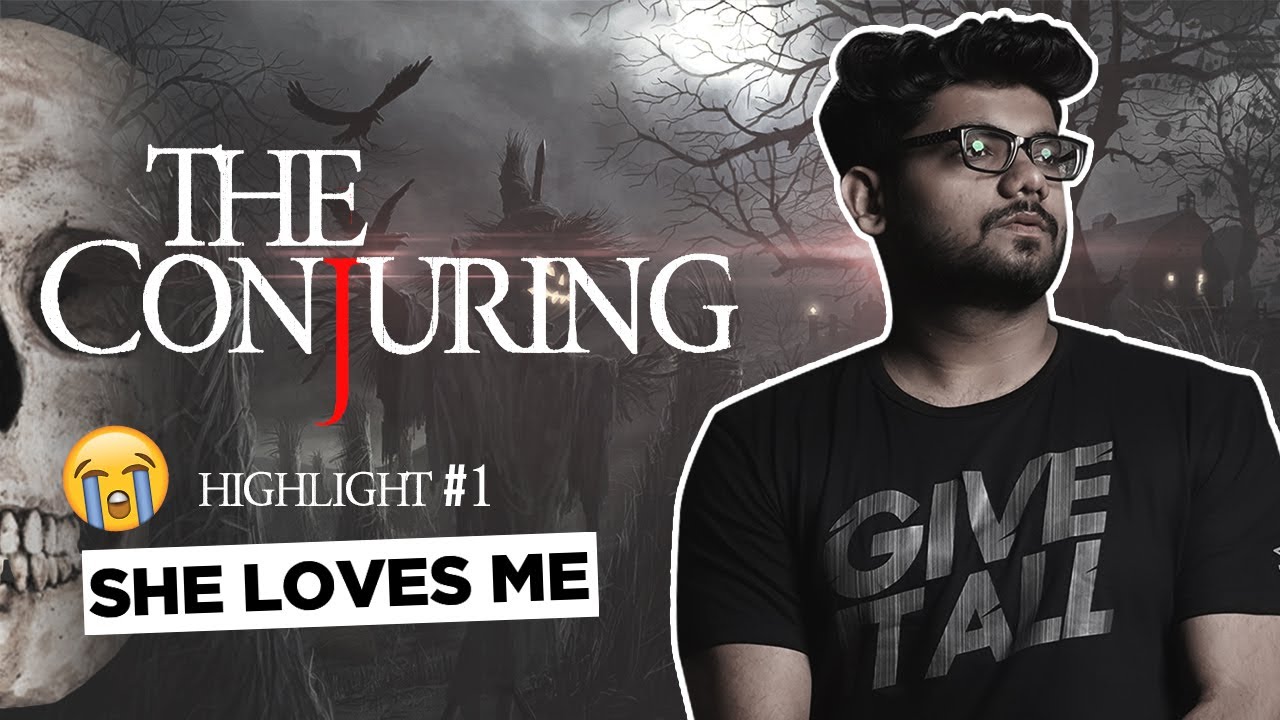 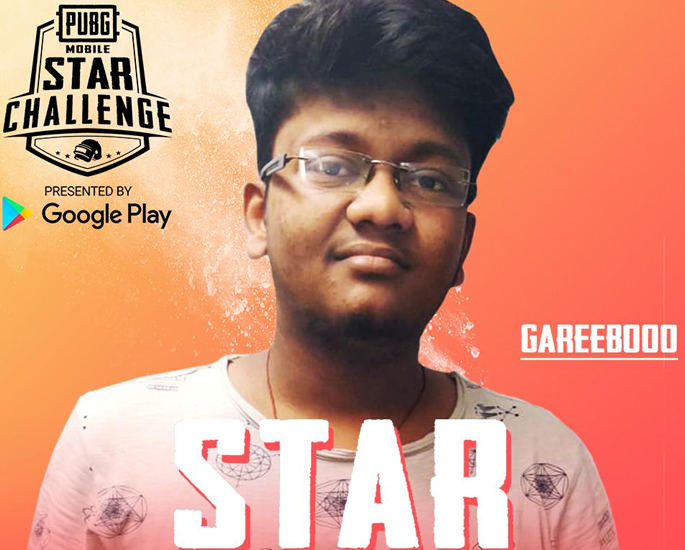 Kunal Saraf is better known as Gareeb and is the creator of Gareebooo. His first channel, Gareeb, is for humorous content while Gareebooo is solely for gaming.

In 2019, he was voted as one of the top four PUBG Mobile content creators in the world.

After passing his exams, Saraf began thinking about his independence which led to him seeing the success of other YouTube gaming channels.

He wanted to try out YouTube but he was criticised as friends and family told him to continue focusing on his studies.

“This made me even more determined to do something via YouTube.”

His gaming channel started in 2018 when he purchased a PC. Saraf alternated between PUBG and story-mode games.

“I always loved story-mode games as they were relatable and made me truly dive into what was happening.”

He then decided to focus on PUBG Mobile and that is when his channel grew in popularity. 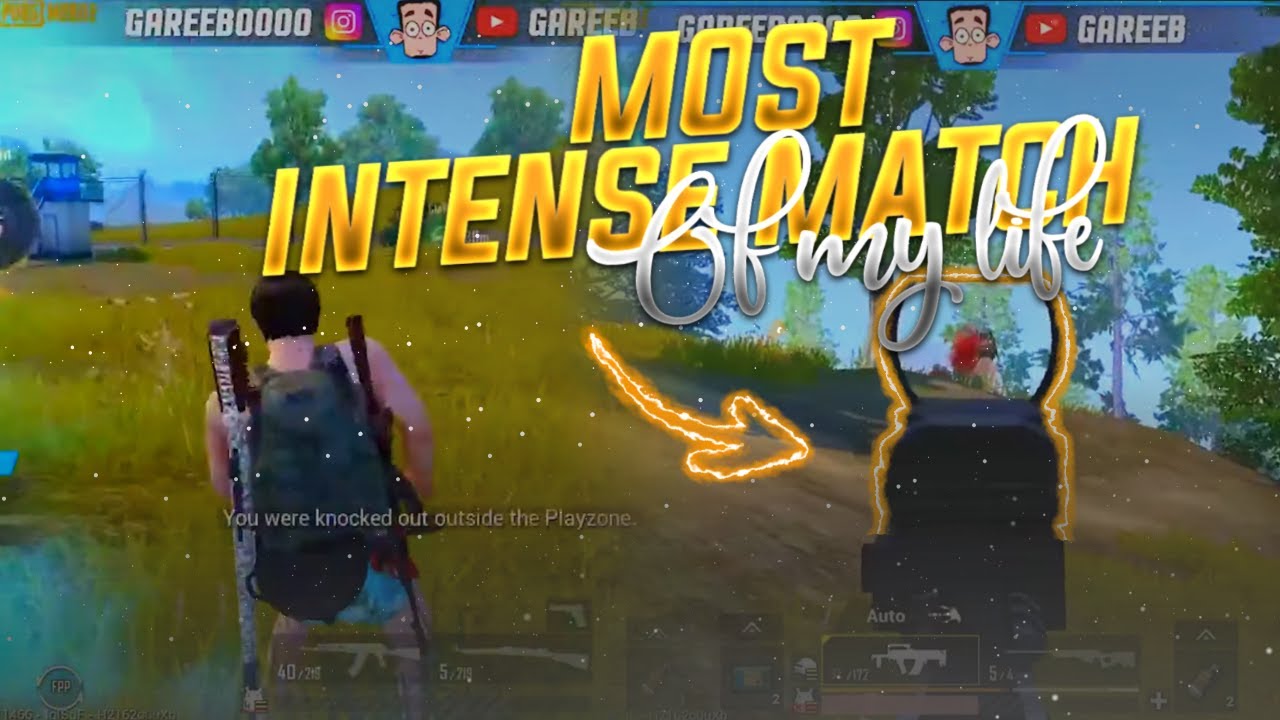 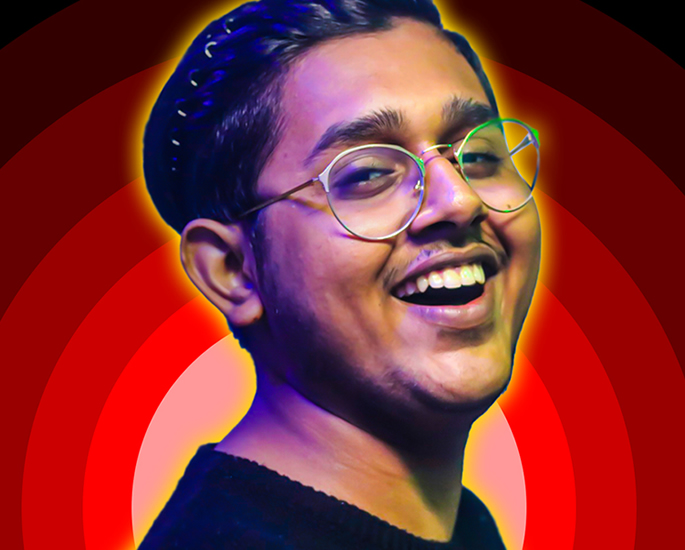 Rachit Yadav is perhaps one of the youngest gaming YouTubers in India, having been uploading videos since he was 15-years-old.

His early videos contained DIY tips and technology advice but his gaming videos are what has made him so popular.

While he does play PUBG and Fortnite, his most watched videos are on GTA V.

According to his YouTube page, his enjoyment for gaming is one of the reasons why he makes YouTube videos. This is evident as he shows genuine enthusiasm in every video.

Watch the Car Chase from Uncharted 4 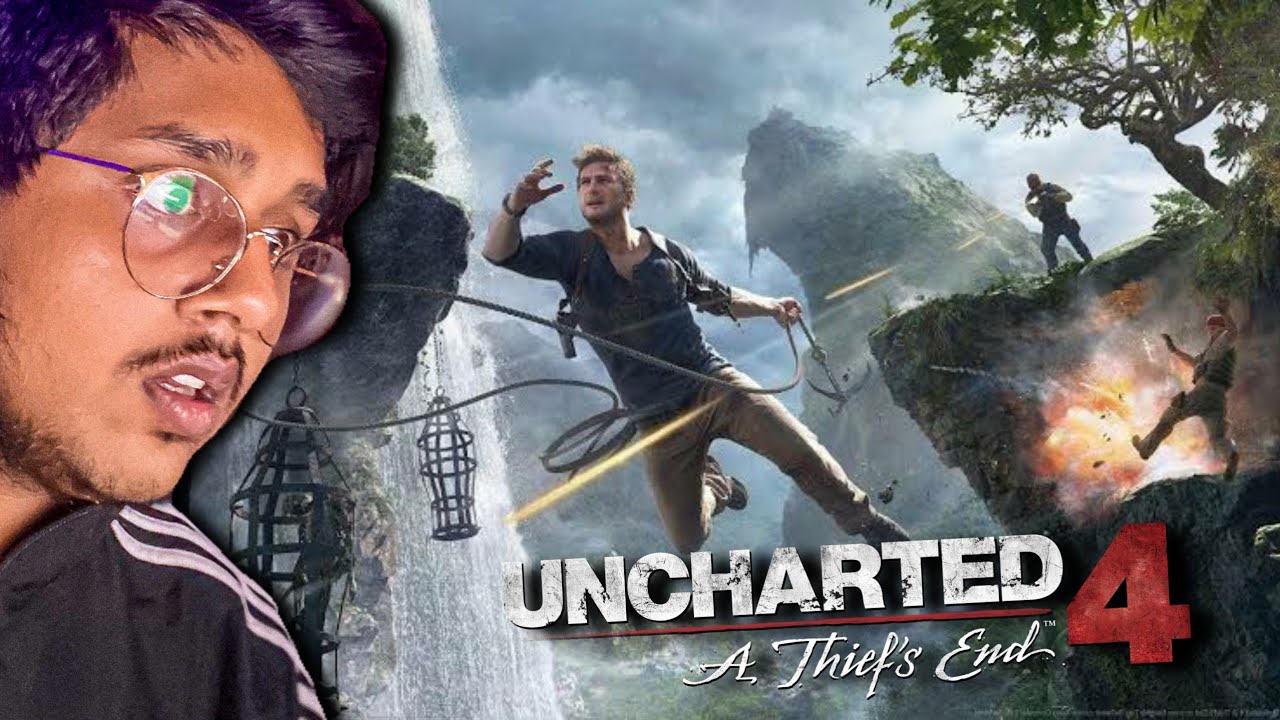 These 10 YouTubers may generate large revenues from their views but their motivation to keep making content is down to the viewers.

It is their support which makes these YouTubers create entertaining videos. As a result, their popularity increases and it leads to new opportunities.

Dhiren is a journalism graduate with a passion for gaming, watching films and sports. He also enjoys cooking from time to time. His motto is to “Live life one day at a time.”
Indian Wedding takes Place using Zoom Video App
How Real do These Robots Look?