India’s PUBG ban has had a huge effect on the country’s gaming community. DESIblitz spoke to two Indian gamers about the ban and gaming.

India’s PUBG ban has left a massive void when it comes to gaming in the country and two Indian gamers have given their thoughts on the issue.

For many gaming YouTubers in India, PUBG was their go-to game, however, now that it has been banned, they have had to adapt to please their subscribers or even change what their channel is dedicated to.

Gaming YouTubers Mithilesh Patankar and Ujjwal Chaurasia have given their opinion on the ban as well as spoke about their own gaming interests.

They produce entertaining content and their videos are in Hindi in order to target Indian audiences.

They spoke to DESIblitz about the PUBG ban and also revealed more about their gaming interests. 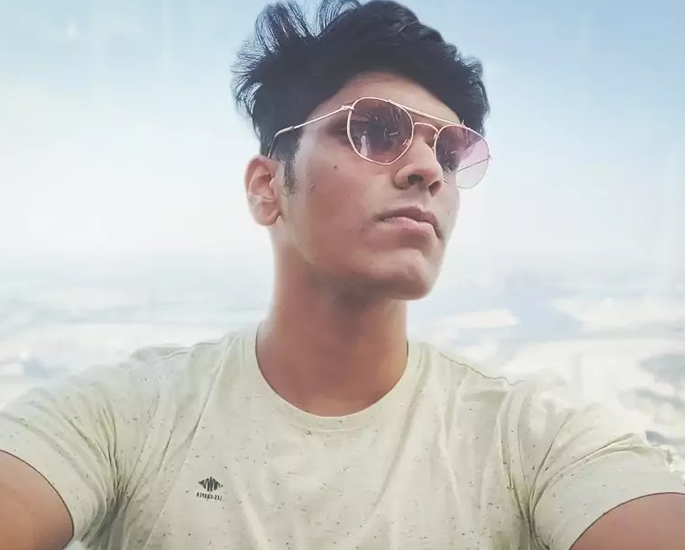 For many gaming YouTubers, their success is down to a genuine passion for gaming. Typically, uploading content begins as a hobby and it ends up becoming a career.

This is the same for Mythpat who revealed that he started playing video games from an early age.

He said: “I think I first started gaming when I was in the second or third standard and like every other kid, my first game was probably Super Mario Bros or Contra, one of those.

“I remember later, I started playing Road Rash when we got our first PC.” 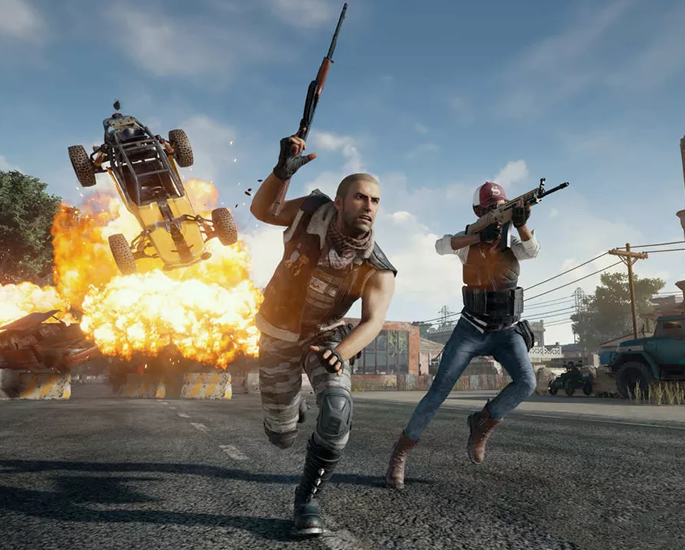 PUBG was an extremely popular ‘Battle Royale’ game in India, however, the mobile game was banned on the grounds that it was a threat to national sovereignty and integrity.

For a lot of gaming YouTubers, much of their content was on PUBG so when it was banned, it had a huge effect on their channels.

However, both Mythpat and Ujjwal revealed that the ban did not affect their channels all that much.

Ujjwal explained: “I wasn’t that affected after PUBG was banned because I play different games on my main channel but my second channel (Ujjwal) was fully dedicated to PUBG.

After the ban, Ujjwal started live streaming any kind of games on his second channel.

On his immediate reaction, Mythpat was more concerned about his friends because a lot of their content is around PUBG.

He was also worried about India’s eSports scene as it is almost completely dependant on PUBG.

He said: “PUBG didn’t affect me as such because I didn’t make content around PUBG that much.

“I made a few videos but my content was not dependant on PUBG so I always ensured that I played a variety of games and I’m not really dependant on one single game for my growth.”

On PUBG being a big loss for India in general, Mythpat agreed but said it would be a short-term issue.

“It looks like that right now but I don’t think in the long run this is going to be the situation.”

“But right now, the whole gaming industry in India boomed because of PUBG so it’s obviously going to impact in some way right now but I think YouTubers are slowly adapting to other games and the situation is getting better.”

Although PUBG was banned, there are similar games which are still available thanks to the popularity of the ‘Battle Royale’ genre of games.

‘Battle Royale’ games see dozens of players, sometimes up to a 100, placed on the same map. The objective is to battle and survive against the opposition to become the last one standing.

Ujjwal explained that there are many alternatives to PUBG and admitted that PUBG was not his favourite.

He said: “There are so many games like PUBG Mobile but in my opinion, Garena Free Fire and Call of Duty Mobile are the best for professional players because they have back-to-back tournaments.”

“I have plans to make content on Call of Duty Mobile so there are a few alternatives to PUBG but I don’t think any game can create such an impact like PUBG Mobile did.”

Both Mythpat and Ujjwal are successful YouTubers and that is down to creating high-quality content.

“So I was always inclined towards the entertainment industry and I saw YouTube as a platform where the amount of input you put, you will get the same amount of output so there’s nothing that controls your growth.

“I think that’s why YouTube is a really good career option.”

Ujjwal believes that gaming on YouTube is a balance of a profession and entertainment.

“Gaming is one of the biggest industries in the world and for me, gaming is a profession and entertainment. It is like a sport where players can compete against each other in a video game.”

For both Indian gamers, their priority is to produce quality content on a regular basis and that may be a challenge at times but is very rewarding.

“I like to create unique content. I make sure that every video is very different and funny.”

He also revealed the challenges that come with that.

For Ujjwal, producing content for his ‘Techno Gamerz’ channel is a daily thing.

“On a daily basis, I record a gameplay video and upload regularly, in my free time I stream live on my other channel. This is my passion and my subscribers also support me for my work.”

The Importance of their Audience 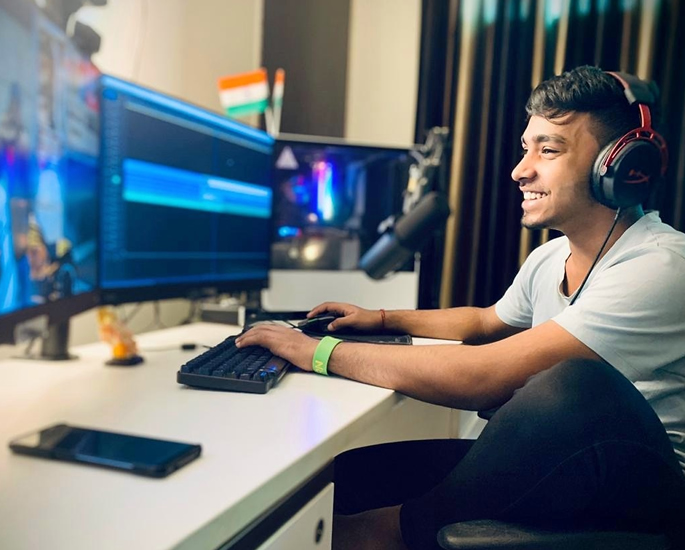 Despite all the success, the two Indian gamers have said that their audience is responsible and are thankful.

When it comes to making content, Ujjwal says that he always has the audience in mind.

“My priority has always been to entertain the audience while playing games like GTA. I try to deliver some unique and fresh content on each episode and the main thing which motivates me is great support and comments.”

“For me, my audience is very important because today I have reached this position because of them.”

“My audience supports me a lot in every situation and they give me motivation to upload regular and create good content.”

The Games they Play

When it comes to the two Indian gamers, their gaming preferences differ from one another.

For Mythpat, he prefers simplistic games. He said:

“I really like playing simple games. These days I play a game called Among Us. It’s a game which has gone viral very recently and it’s really fun to play with friends so I really like simple games which are enjoyable to play.”

In contrast, Ujjwal’s favourite game is Grand Theft Auto V and a lot of his content is based around the 2013 game.

“It has their own storyline but after the end of the game’s storyline, there was nothing interesting to do so I started this game my way, my style, my missions, my storyline.

“It is like a web series. In this game, I can do whatever I want and I can show my level of creativity.”

In his free time, Ujjwal enjoys playing Fall Guys, another game which has become popular recently.

As well as playing games and sharing their experiences on YouTube, both Ujjwal and Mythpat have their own ideas when it comes to creating a game of their own.

Mythpat shared his idea: “I would like to create a simple game like in the past games like Flappy Bird, now Among Us have gone viral.

Meanwhile, Ujjwal said: “I want to create an online multiplayer, open-world game. In this game, we can create our own gang and fight with other gangs for fame and rob banks for money.

“The main concept of the game is money is equal to power.”

Despite their success, the two Indian gamers revealed that they have gaming idols who they look up to in order to gather inspiration from.

“Other than him I have been watching Kwebbelkop since childhood.

“The way he keeps his audience engaged and make them feel as if they are playing the game, I try to implement the same through my gaming videos.”

Gaming in India in General 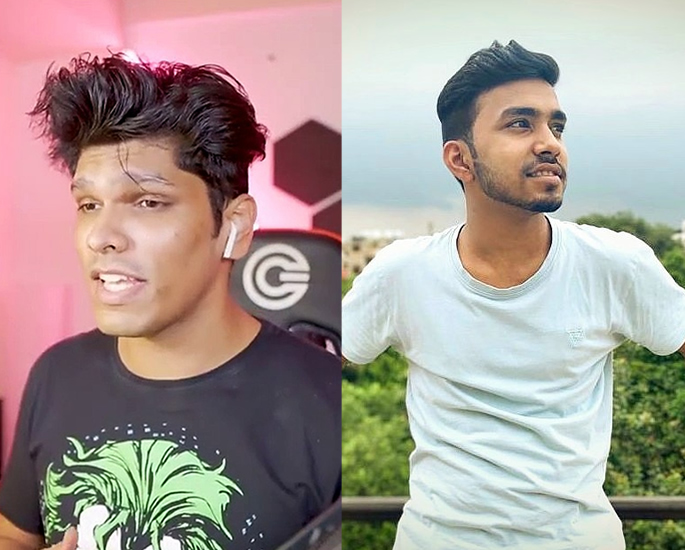 He went on to say that PUBG has contributed to the growth of gaming in India.

“In the last two years, Indian gaming culture has boosted because of PUBG Mobile. We have so many gaming content creators on YouTube and some big Indian eSports teams so it has grown.”

However, Mythpat explained that one setback has been a lack of access for gaming enthusiasts.

He said: “I think the biggest setback for Indian gaming culture in India is the fact that people don’t have access to gaming PCs or consoles.

“India is the biggest market for mobiles. That’s why PUBG Mobile is huge in India.”

He said that India has not yet expanded to the PC or console market.

Mythpat also gave his thoughts on the claims that video games are anti-social.

“But I don’t think it makes you anti-social unless you are completely addicted to it.”

These Indian gamers are focused on producing content and continue to do so for their fans even with all their success.

While it is evident that PUBG has had an effect on India and some YouTubers, Mythpat and Ujjwal have managed to not let it affect them.

As they continue to produce content, they will only get bigger within the gaming community.

Dhiren is a journalism graduate with a passion for gaming, watching films and sports. He also enjoys cooking from time to time. His motto is to “Live life one day at a time.”
PS5 vs Xbox Series X: What to Buy
5 Top Laptops Great for Working from Home