How Real do These Robots Look?

Robots are seen as the future within society whatever their role may be. We look at the robots created by one company and how real they look.

No matter what anybody says, robots are the future and as technology becomes more advanced, they look more realistic.

A robot is a machine which is capable of carrying out a complex series of actions automatically.

They can either be guided by an external control device or the control may be embedded within.

Robots can be autonomous or semi-autonomous and range from humanoids to industrial. As time has gone on, the focus has shifted towards humanoids.

This is due to their evergrowing presence within a domestic setting, helping people in the home.

Technology advancements have seen progress in control, sensory feedback and information processing. When combined with the design and application of robots, they can replace humans in dangerous environments, a benefit for the future.

One exciting element is the use of Artificial Intelligence (AI), meaning that robots can effectively learn in a limited capacity, like performing simple tasks and interacting socially.

New technology has meant that robots are appearing more realistic, looking more like humans in appearance and behaviour.

This is something that one company has explored and their creations have breathed life into technology. 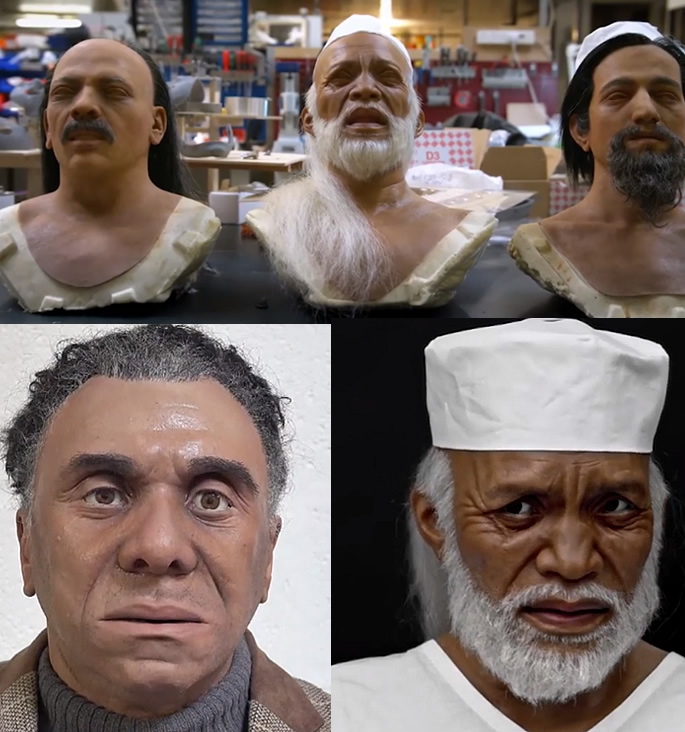 Engineered Arts is the company behind the realistic robot creations. The company, which is based in Falmouth, Cornwall was founded in 2004 by Will Jackson.

Many of the projects featured simple mechanical figures, animated by standard industrial controllers.

Their shift towards more humanoid creations started in early 2005 during construction on the Mechanical Theatre for the Eden Project.

Instead of creating another set of particular figures, they created a generic programmable figure that would be used for the Mechanical Theatre, and a succession of similar commissions would hopefully follow.

The company’s humanoid robots are used for social interaction, communication and entertainment at public exhibitions and attractions, as well as university research labs.

While the RoboThespian is their first creation, their most realistic is the Mesmer, which look like and mimic humans. 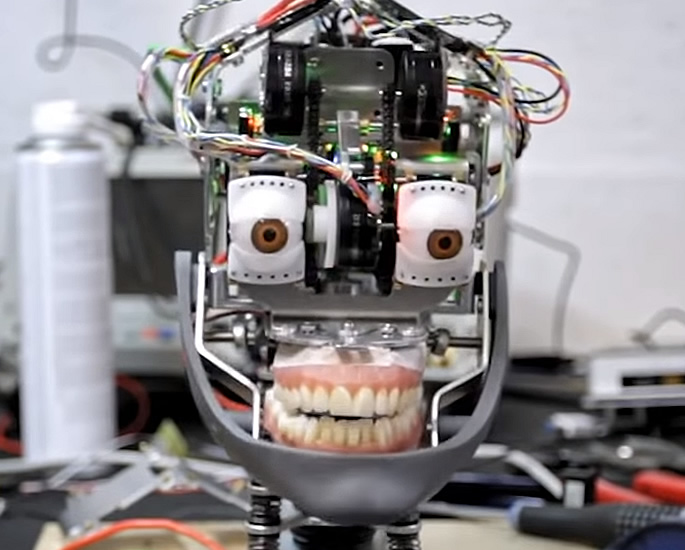 Engineered Arts’ most realistic robots are the Mesmer ones.

It is a system that incorporates hardware, software, sensors and firmware in order to add some life into a technological creation.

From the outside, these lifelike robots look like animatronics but it is much more than that on the inside.

Mesmer robots feature the sensors and the extensive software framework that was developed for RoboThespian, making them the smartest animatronics on the market.

Every motor and sensor is connected to the internet, meaning they can be controlled, reprogrammed, animated and maintained from anywhere in the world.

They also use ‘Virtual Robot’, animation software which allows anyone to drag around a 3D model in a browser and transfer content at the click of a button.

Mesmer robots use their software to be able to sense people’s body language, age and mood while reacting accordingly.

It uses the built-in camera to detect faces before using face tracking and action units to provide the relevant information. Mesmer units can recognise faces from a distance of up to two metres.

A key to the success of the lifelike machines is that all the components were designed from scratch specifically for humanoid robots. By doing this, everything works together properly.

This contrasts with other companies who use different bits from different places, resulting in something that does not work well together. 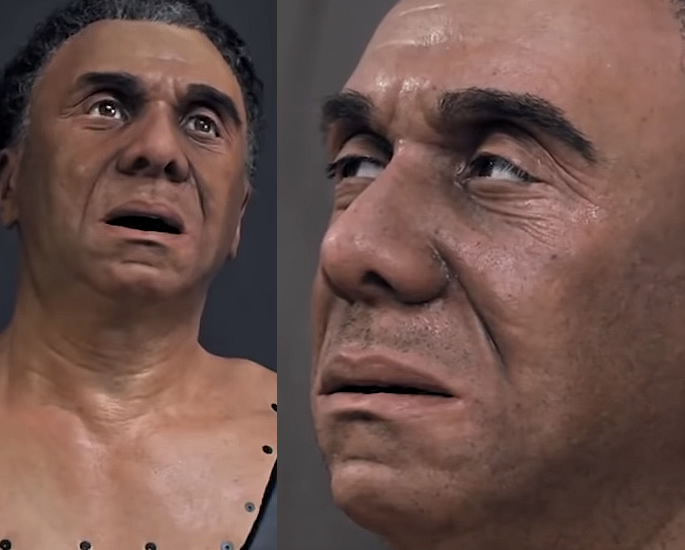 Mesmer robots have been created to resemble humans as closely as possible, even going as deep as the individual hair follicles.

These elegant robots have a neck with vertebrae that curl and twist. It has five-axis, ensuring a full range of realistic movements.

This happens thanks to silent, high torque motors.

The skin is made from soft but durable silicone which is stretchy, enabling it to create realistic movements. This can easily be removed using magnets, poppers and zippers.

The eyes are where the cameras are mounted. They are custom-made and hand-painted to give them a realistic appearance.

Mesmer robots contain 3D printed teeth and gums. Two-axis jaw movement combined with lip movement means that they can perform a range of facial expressions, similar to how a human’s mouth would.

This can be pre-choreographed to run simultaneously with a script or automatically lip-synced to audio.

The result is an incredibly lifelike robot which may be difficult to differentiate from actual humans. 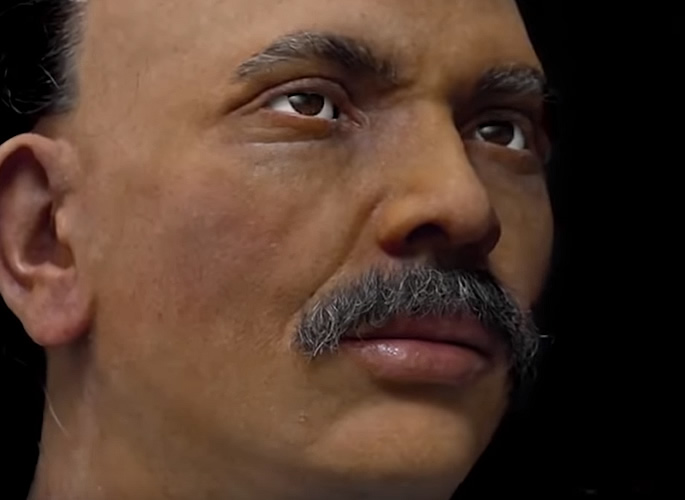 Maximising its use is important to ensure a return on investment.

Mesmer has an internet-connected system meaning timely remote support can be completed with ease.

They are also designed with easy access to internal workings without damaging the external skin. This keeps costs down.

This means that many expressions can be captured rather than just one life mould.

This also allows the company to quickly engineer the internal workings of the robot to fit the individual and organic dimensions of a human face.

This removes the guesswork and provides people with a better working robot and an accurate face without any trial and error.

Every motor and sensor is an internet-connected device which is secured by end-to-end encryption.

This means that all Mesmer robots can be controlled, monitored, reprogrammed and maintained remotely from anywhere on earth.

Remote connectivity means that any problem can be instantly diagnosed.

In most cases, these can be fixed instantly but if not, a timely solution is provided.

TinMan is the telepresence software that transformed RoboThespian and it is an option on all Mesmer robot systems.

All of this can be done from the comfort of your browser. 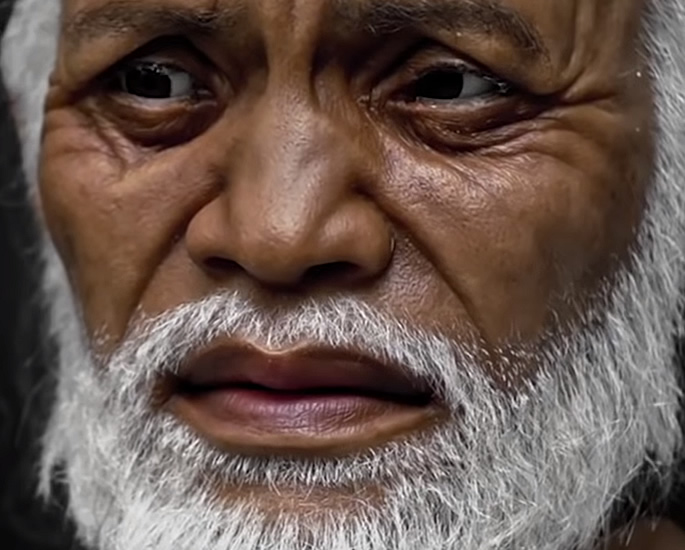 When clients give their requirements for a Mesmer robot, it goes through a detailed process to ensure an accurate and realistic final product.

This starts off with Photogrammetry:

It then moves to 3D modelling:

The mechanics, animatronics and sound are then worked on:

After all the elements are complete, the final Mesmer robot is ready.

At Engineered Arts, Mesmer robots have been made for public exhibits like Madame Tussauds, creating an engaging experience for visitors.

It is not known how much these humanoid robots cost because it varies based on character type and the list of required specifications.

It is certain that they are expensive especially when you consider that they are more advanced than RoboThespian, and they cost more than $79,000.

Mesmer robots are an example of how realistic robots can be, looking and behaving like humans.

As technology continues to develop, it is guaranteed that there will be more robots with human appearances in the future.

Dhiren is a journalism graduate with a passion for gaming, watching films and sports. He also enjoys cooking from time to time. His motto is to “Live life one day at a time.”
10 Popular Indian Video Gamers on YouTube
10 Best Game Apps to Download during Lockdown