Shiamak Davar, a top Bollywood choreographer known as the ‘Guru of Dance’ in India, has been sued by his former students in Canada for sexual abuse.

“He started kissing my neck and he told me to grind my crotch into his crotch.”

Shiamak Davar, a top Bollywood choreographer, has been sued by two of his former dance students for sexual abuse.

Davar, popularly known as the ‘Guru of Dance’ in India, has been slapped with two lawsuits filed in the Supreme Court of British Columbia.

In an exclusive interview with CBC News, Percy Shroff and Jimmy Mistry gave details of their abusive encounters that took place when they were 16 and 18 respectively.

Shroff said: “He started kissing my neck, then he told me to lie down on top of him, and he told me to grind my crotch into his crotch.”

When Shroff refused to do this again and warned Davar of the inappropriateness of his behaviour, Davar allegedly said his students ‘had more to lose by speaking out about it’.

Mistry also shared his story of how Davar, in his underwear, would invite male dancers to watch television in his bedroom. 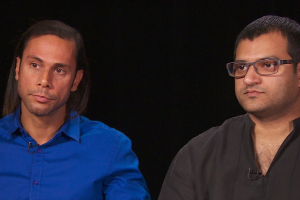 Only a teenager at the time, he recalled: “It got to the point of him grabbing my hand, putting it on his genitalia… while another dancer would kiss him or touch him.

“I really got sucked into that at that point in time, and also it started to get more physical.”

According to the Canadian network, Mistry also claimed that Davar ‘often kissed him on the mouth, once gave him a hickey and made unwanted sexual advances’.

But sexual grooming is not the only charge faced by the head of Shiamak Davar Dance Company.

His former students from North Vancouver have lodged another complaint to the court about how he manipulated his authority as the leader of VRRP Spiritual Learning.

The spiritual organisation promotes the teachings of ‘The Laws of the Spirit World’. It is a book containing the true laws of God, compiled by Khorshed Bhavnagri who communicated telepathically with her two dead sons.

Davar allegedly instructed Shroff to get married and have a child, before revealing his homosexuality to his wife. All because Bhavnagri’s dead sons said so.

Shroff did as he was told out of fear and respect for his teacher. He said:

“It was a very scary situation for me, because you think it’s the spirit souls in the world talking through him.”

Mistry added: “In India, your guru, your teacher, goes way up there in respect, almost, if not more than your parents, so you don’t think he can do anything wrong.”

Davar has denied all allegations in a written response, including having inappropriate sexual relations with Shroff, Mistry or any other student in his dance company. 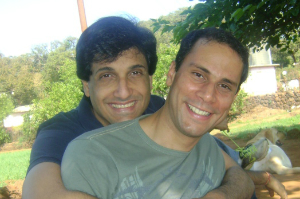 He challenges the truth in Shroff and Mistry’s statements and believes they are merely trying to damage ‘his character, reputation and affiliated organisations’.

In addition, Davar clarifies his role in VRRP is a ‘custodian’ instead of leader and that he has never tried to control anyone with his spiritual authority.

Shroff and Mistry decide to take legal after all these years in an attempt to protect Shroff’s son.

Though it is unclear whether his son takes lessons at the dance company, Shroff has requested a court order to forbid Davar from making contact with his son, as well as claiming damages for psychological injuries.

Davar has made his name in the entertainment industry by introducing contemporary styles into India’s dance scene.

He has worked with a number of Bollywood and Hollywood stars, such as Priyanka Chopra and John Travolta at the 15th International Indian Film Awards in Florida.

Davar has won awards for his brilliant choreography in ‘Dhoom Again’ for Dhoom 2 (2006). His work is also seen in huge events like the Commonwealth Games. 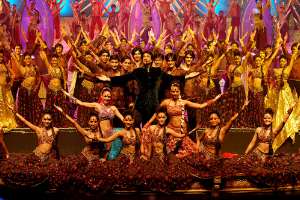 Actor Shahid Kapoor once described Davar as a friend who has taught him ‘the fundamentals in professional conduct and dance’.

His dance company website also quotes Shahrukh Khan as saying: “Whenever we think of different kind of choreography in Indian Cinema, everyone thinks of Shiamak!”

News of sexual abuse allegations against him will certainly shake the confidence of his students’, their parents and those who have worked closely with him.

As it stands, the accusations are yet to be proven in the law court. Davar has requested the Supreme Court to dismiss the lawsuits.