It seems that Zayn Malik is in talks with Kanika Kapoor over a potential collaboration for a big Bollywood number! DESIblitz has more.

"They have already met to discuss the music. Things are at an initial stage, but it will be big for sure."

It is highly possible that young British Asian heartthrob, Zayn Malik has spent more time in media headlines following his departure from One Direction than out of it.

Despite the 22-year-old’s wish to live a ‘normal life’, the rumour mill has been running in overdrive with one gossip story after another.

Now latest reports suggest that Zayn might be in talks with the one and only Kanika Kapoor over a potential collaboration for Bollywood.

Yes, Zayn in Bollywood – what a thought! 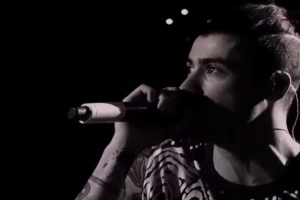 Sources from Indian publication NDTV say that Zayn has signed a music deal for an upcoming film for Bollywood and is pairing up with the ‘Baby Doll’ singer to help with his debut:

“Kanika and Zayn are set to work on a song for an upcoming movie. They have already met to discuss the music.

“Things are at an initial stage, but it will be big for sure,” a source revealed.

Apparently, it is too early for either Zayn and Kanika to confirm such a collaboration. Kanika reportedly responded to the rumours saying:

“I don’t want to comment on this right now. Whenever I have to announce anything, I will make sure that I tell you.”

Reports also indicate that it was Naughty Boy who introduced the pair. Zayn’s best friend has shown an interest in working in India for some time and may have encouraged the ex-Directioner:

“I’m really interested in working with Bollywood, but it’s got to be right and if I’m going to do it, I’m going to do it big. I’ve got a hit list actually of people I want to work with. Atif Aslam, Kanika Kapoor,” said Naughty Boy.

Whether the collaboration is on the cards or not, Zayn has also expressed a keen interest to take a step towards acting, and potentially Bollywood. 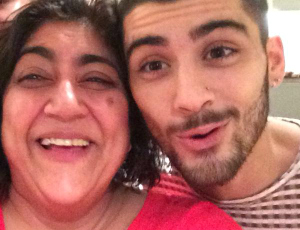 Having met Zayn at the Asian Awards in April 2015, filmmaker Gurinder Chadha hinted at a potential role for Zayn in one of her future films:

“We’ve met and spoken. He trained as an actor first then became part of the band. So I think what he’ll be doing is staying true to his heart – and that’s all you can ever do.

“I don’t have a part in mind for Zayn just yet but hopefully in the future.”

But if Gurinder hasn’t got a role right now, Indian filmmaker Farah Khan just might!

In an adorable interaction over Twitter recently, where Zayn told a fan to watch Main Hoon Na, the director responded by offering him a role in a potential sequel to the film:

Could Bollywood be Zayn’s new calling? The King of Bollywood Shahrukh Khan, has already expressed his affection for the young star after their tweeted selfie broke Twitter India records for the highest number of retweets.

With so much star backing, it’s surely only a matter of time, right?