From Lucknow to London, and from London to Bollywood, it’s been quite a journey for leading playback singer Kanika Kapoor. DESIblitz and ‘Baby Doll’ Kanika indulge in some healthy Gupshup!

“Things have come to me by surprise."

An international icon, the beautiful and talented Kanika Kapoor is a rising superstar.

In a short space of time, she has carved out a space in both the UK Bhangra scene and Bollywood.

Originally from Lucknow in Uttar Pradesh, Kanika began her training in Indian classical music at the age of 6.

She continued to pursue Hindustani music for the next 12 years. Studying and training under Pandit Ganesh Prasad Mishra, she represents the finesse of the Benarasi gharana. 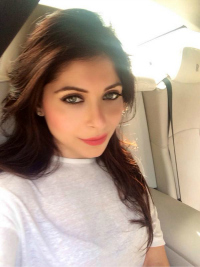 Even as a child, Kanika had a flair for the stage. She performed at All India Radio (AIR) and toured all over India with renowned Ghazal artist, Anup Jalota.

After studying music at an accredited college in Mumbai, Kanika moved to London where she took a long sabbatical before her big break!

The break came in the form of ‘Jugni Ji’  – a song originally sung by Sufi maestro Arif Lohar. Made in collaboration with UK-based producer, Dr Zeus, ‘Jugni Ji’ ranked #1 on many charts for weeks!

Sufi lyrics and undertones came alive with urban Bhangra beats in Kanika’s first single, and it won the ‘Best Single Award’ in 2012.

Following this triumph, Kanika was offered to produce another single, this time for Bollywood. ‘Baby Doll’ from the film Ragini MMS 2 smashed the charts once again. It was the tune to dance to in both the UK and India. 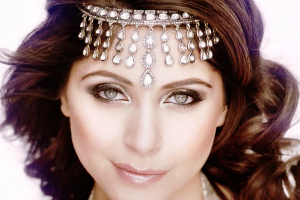 Kanika interestingly travelled to India to do a voice trial for the song: “Things have come to me by surprise. The trial track impressed Ekta Kapoor so much that she decided to retain it for her film.”

The ownership of the song has since caused a falling out between Kanika and Dr Zeus, and she has insisted that Meet Bros produced ‘Baby Doll’ (read the article here). Kanika has also revealed more about her working relationship with popular producer Dr Zeus.

The deserved success of ‘Baby Doll’ has placed Kanika among the top singing stars of Bollywood. Unsurprisingly, soon after her first Bollywood hit, more followed. ‘Kamlee’ and ‘Lovely’ from the Shahrukh Khan starrer Happy New Year (2014) also topped the charts. 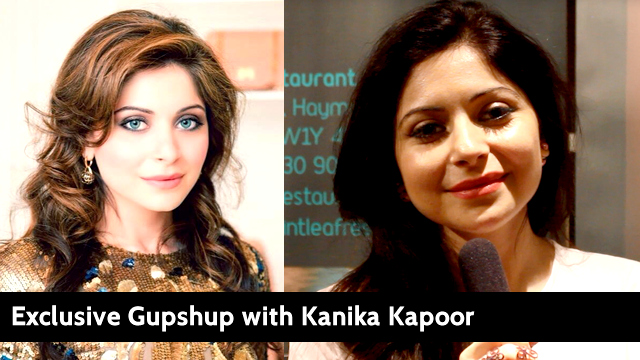 2015 has begun on a high for the actress. Her latest songs include ‘Chittiyaan Kalaiyaan‘ from the film Roy and ‘Desi Look‘ from Ek Paheli Leela, which is picturised by Sunny Leone. She has also sung ‘Chhil Gaye Naina’ for Anushka Sharma’s NH 10.

All three songs have stormed the charts, proving Kanika’s worth as a singer that appeals to Desi-ites everywhere.

Evidently, her versatile voice attracts a global audience while still maintaining an authentically Indian charm – her uniqueness. It is no wonder that this pretty songbird has won several awards since her big break into Bollywood in 2014.

Kanika has notably won ‘Best Playback Singer (Female)’ for ‘Baby Doll’ at the 60th Filmfare Awards, Stardust Awards 2015 and Star Guild Awards 2015. She also bagged the ‘Most Entertaining Singer (Female)’ award at the BIG Star Entertainment Awards for ‘Lovely’ in 2014.

But Kanika is keen to not just be seen as a dance singer:

“I may largely be associated with hit dance numbers but I am also getting offers to experiment with other music genres. My classical background is proving to be a boon for singing soulful numbers.”

She says that we can expect a lot more classical songs from her in 2015. Aside from playback singing, Kanika has also lent her vocals to cricket song, ‘Heroes (We Could Be)’.

Produced by Universal Music, the song celebrates the Indian love of the game and is a Hindi version of Swedish DJ-producer Alesso’s ‘We Could Be Heroes’: 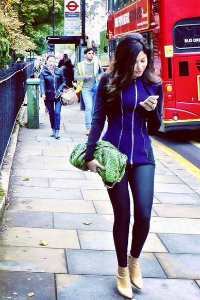 Apart from her passion for music, Kanika also has a big heart. A mother of three herself, she loves children dearly, and is the brand ambassador for Pratham UK – a charity to support education and growth of deprived children in India.

She has also worked with world famous R’n’B singer Alicia Keys on her charity project Keep a Child Alive which supports children around the world with HIV and other life threatening diseases. This proves that Kanika Kapoor is not only a talented singer but also an inspiring humanitarian.

As far personal life goes, we imagine Kanika must struggle to juggle being a mom and a rising Bollywood star.

But this is where she has us awed when she insists that she enjoys a great balance between home and work: “It’s a small world…a flight here and there,” she admits.

All the success would have left anyone gasping for some modesty, but not Kanika. Quite obviously, there are a lot of musical offers coming her way, but she is being picky, and rightfully so.

Given her talent and mild composure, this is certainly just the beginning for the stunning singer, Kanika Kapoor.

Soni, a Film Studies and Journalism graduate has an ambition to work in TV and film. She loves arts, culture and listening to music especially Bhangra. Her motto: "Yesterday is history, tomorrow is a mystery but today is a gift."