What happens when the best Bhangra teams from across the UK battle it out on London’s most iconic stage? DESIblitz uncovers the biggest Bhangra Showdown till date.

Head2Head is a thrill inducing format wherein two rival teams battle it out.

The world’s biggest Bhangra competition just got bigger! The Bhangra Showdown 2015 ended with a bang on February 7, 2015.

Organised by the Imperial College Punjabi Society, the showdown is a charity event which embraces the vibrant colours of Punjabi culture.

The winner of this enviable trophy was Imperial College London, followed by the University of Birmingham as runner-up, and a tie between King’s College London and Brunel University for the third place.

For 2015, the showdown introduced a new format. Head2Head is a thrill inducing set wherein two rival teams battle it out for the trophy. 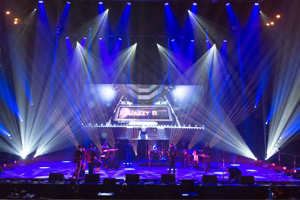 There was a stirring north versus south battle between Brunel University and University of Manchester who are notoriously known to travel with a ginormous fan base.

Aston University, winner of the third prize in 2014, had to skip this year due to their closely scheduled exams, sadly. 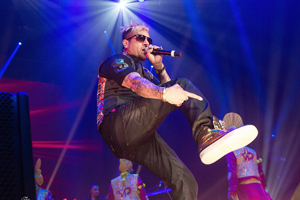 Besides the new arrangement, the venue for the event was stepped up to The SSE Arena, Wembley – one of London’s most iconic stages.

Understandably, this was something both the teams and audience were looking forward to.

What made it even more special was a spread of exclusive performances by Jazzy B, Violinder, Roach Killa and Benny Dhaliwal; obviously in addition to grand performances by eight of Britain’s best Bhangra teams.

Jazzy B, president of The Bhangra Showdown, performed with a full live band. The crowd seemed to love it!

Additionally, the show was hosted by Noreen Khan and Tommy Sandhu from from the BBC Asian Network.

The showdown has left a strong impression among many, audience included.

This time yesterday I was in wembley watching The Bhangra Showdown…I wanna be back there already! the atmosphere was unreal! #TBS2015

There was a mixer party two weeks before the event on January 24. To break the frenzy of rehearsals, teams were brought together and split up in random teams. 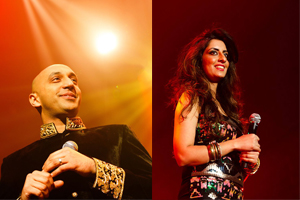 They were given 20 minutes to choreograph to a 30 second track from Kaur B’s Main Geet Purane Sundi Aan.

It was quite a good show for a twenty minute choreography, so it is no wonder that their actual performances were splendid. Months of practice and hard-work paid off.

They also hosted an After Party at Crystal Wembley – there would have been some serious Bhangra there as well.

The event was organised and produced along with Kudos AV and sponsored by Kudos music.

On that note, congratulation to all the winners, participants and organisers on a job well done. We look forward to more Bhangra next year!